It’s a trade aimed at getting more doctors to treat poorer patients: California this week said it will  help repay the student loans of 247 selected doctors in exchange for their promise that at least 30 percent of their caseload will be people enrolled in Medi-Cal. 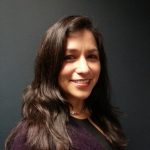 The $60 million student loan repayment, CalHealthCares, is funded by the state tobacco tax that voters increased three years ago.

It’s all part of California’s effort to try to increase the number of doctors who accept Medi-Cal, the state’s Medicaid health insurer of low-income residents, which has been plagued by shortages—due both to the state’s paltry rates for doctors in its provider network and to the substantial increase in the number of residents on Medi-Cal. California has one of the lowest Medicaid reimbursement rates in the country, and patients wait months, or longer, to see specialists.

More than 1,300 doctors and medical residents applied for the benefit, which provides up to $300,000 over five years, and those selected were chosen based on their commitment to treat the underserved, their geographic location and their specialties.

Debt Is a Major Concern for Physicians Nationwide

“By removing the burden of student loan debt, this program will encourage more providers to make different choices when entering the health care market and be able to provide care for the Medi-Cal population,” said Jennifer Kent, director of the state Department of Health Care Services, which is administering the program.

“By removing the burden of student loan debt, this program will encourage more providers to make different choices when entering the health care market and be able to provide care for the Medi-Cal population.” — Jennifer Kent, director of the state Department of Health Care Services

Research indicates that debt is a major concern for physicians nationwide: A 2017 survey by an affiliate of the American Medical Association found that half owed $200,000 or more in medical school loans.

In California, the passage of the federal Affordable Care Act and the expansion of Medi-Cal eligibility brought more than 4 million new enrollees to the program. Three years ago California opened the program to undocumented children, adding more than 200,000 to the benefit, and is now poised to add nearly 100,000 undocumented adults ages 19 to 25 under the new budget enacted by Gov. Gavin Newsom and the Legislature. This year, 1 in 3 Californians are on Medi-Cal. It pays for half of all births in the state, and 58% of all long-term care stays.

This is the first doctor group to receive funding from the $340 million fund created by Prop. 56 tobacco tax revenue. The state expects there will be at least five more rounds of awards.

Later this summer, the state will announce awards for dentists who applied to participate in the loan repayment program for serving Denti-Cal patients.