Poll: Trump Isn't Getting a Boost from Strong US Economy 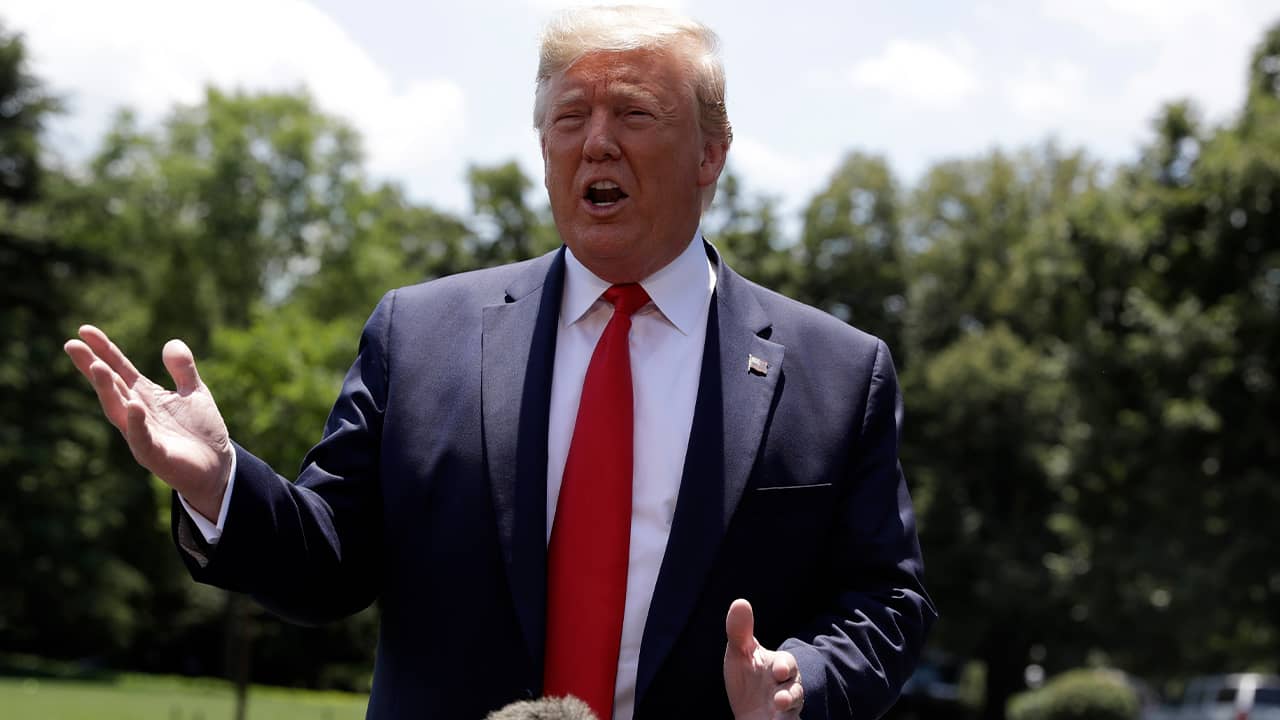 WASHINGTON — The solid economy is doing little to bolster support for President Donald Trump.
Americans give Trump mixed reviews for his economic stewardship despite the growth achieved during this presidency, according to a new survey by The Associated Press-NORC Center for Public Affairs Research.
Nearly two-thirds describe as “good” an economy that appears to have set a record for the longest expansion in U.S. history, with decade-long growth that began under Barack Obama. More people consider the economy to be good today than did at the start of the year.

But significantly fewer approve of Trump’s handling of the economy, even as it remains a relative strength compared with other issues. The survey indicates that most Americans do not believe they’re personally benefiting from his trade policies. And only 17% said they received a tax cut, despite government and private sector figures showing that a clear majority of taxpayers owed less after the president’s tax overhaul passed in 2017.
These doubts create a possible vulnerability as Trump highlights the economy’s solid performance in his campaign for re-election in 2020. During two nights of debates last week, almost every Democratic presidential candidate found ways to criticize the president by decrying the wealth gap.
Massachusetts Sen. Elizabeth Warren said it was evidence of “corruption.” Vermont Sen. Bernie Sanders railed against the concentration of wealth in the three richest Americans, while former Vice President Joe Biden said Trump thinks Wall Street, not the middle class, built America.

Christel Bastida, 39, a neuroscience researcher, was active in Democratic politics last year during the Senate race in Texas and plans to run for Houston City Council.

Tariffs Are Not Popular

That feeling of being left behind has energized Democrats seeking to turn out the vote next year. The tax overhaul disproportionately favored corporations and the wealthy, allowing Democrats to say the tax cuts were fundamentally unfair.
Democrats are more likely than Republicans to say the amount they paid in taxes increased in the last year, 42% versus 25%, while more Republicans say their taxes decreased, 25% versus 10%.
Nor are tariffs popular.
Trump has imposed a tax on roughly $250 billion worth of Chinese imports, part of an effort to force the world’s second-largest economy to trade on more favorable terms with the United States. China retaliated with their own tariffs that hit the U.S. agricultural sector, causing the Trump administration to provide aid to farmers with lost profits. 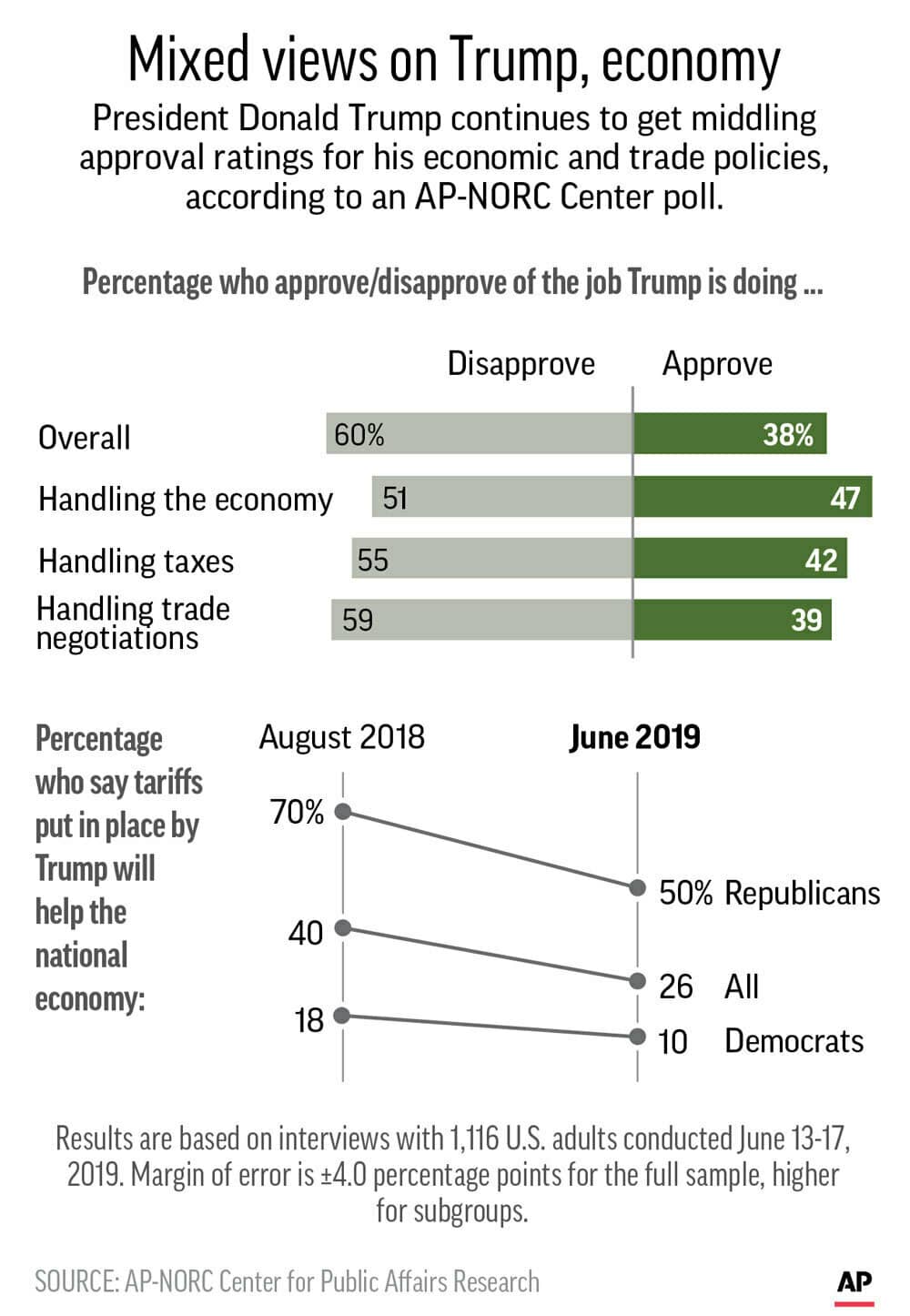 Republicans, in particular, are less optimistic: Half think Trump’s tariffs will help the economy, down from 7 in 10 in August.


Related Story: Trump's Next Tweet Could Get a Warning Label

Paul Miller, 81, a retired shoe factory foreman from Carlisle, Pennsylvania, said he still intends to vote for Trump, since he hasn’t seen anyone better yet in the Democratic field.
Living off his pension and Social Security, Miller said the tax cuts were basically irrelevant for him. And he doesn’t agree with the president’s claim that China is paying for the tariffs, rather than U.S. consumers and companies.
“I sort of have mixed feelings about the tariffs,” he said. “Of course, I don’t believe it when Trump says we won’t have to pay them. We will.”
The AP-NORC poll of 1,116 adults was conducted June 13-17 using a sample drawn from NORC’s probability-based AmeriSpeak Panel, which is designed to be representative of the U.S. population. The margin of sampling error for all respondents is plus or minus 4 percentage points. Respondents were first selected randomly using address-based sampling methods and were interviewed later online or by phone.
Related Topics:Barack ObamacorruptionJoe BidenPresident Donald TrumpSen. Bernie SandersSen. Elizabeth Warren
Up Next