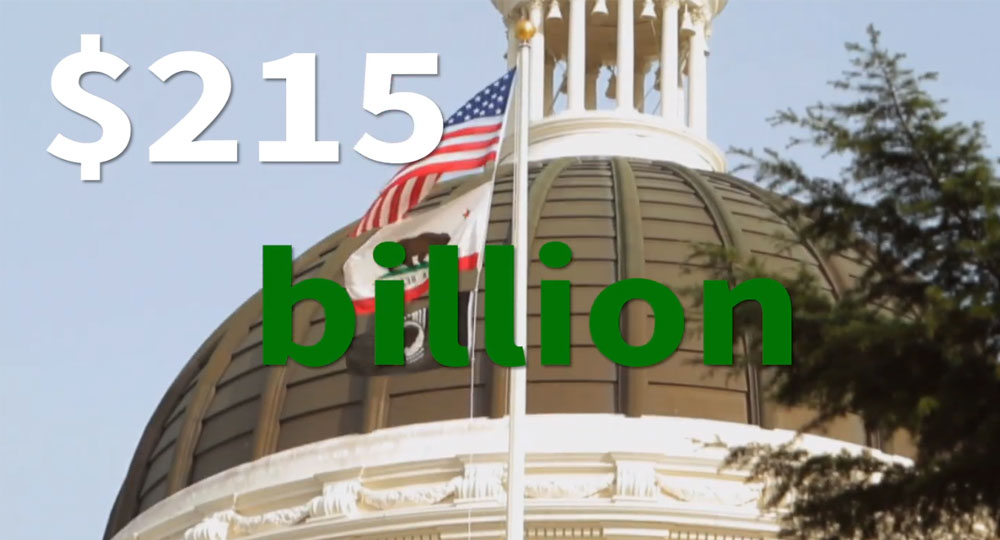 A few things about summertime in California have become utterly predictable: cineplex superheroes, beach crowds, and a record-setting state budget.
Two years ago, we told you the state’s budget hit $180 billion—and that with that money you could buy the Los Angeles Lakers 60 times over. Last summer, the state budget set a new high at $201 billion — enough to purchase 32 NFL teams, twice.

The latest budget clocks in at an unprecedented $215 billion. Imagining what could be bought with all that greenery? We’ll tell you that and much more in our annual video breakdown of the budget in less than two minutes.
Related Topics:CaliforniaGavin NewsomLos Angeles LakersMedi-Calpaid leavestate budgettax cutsVideo
Up Next