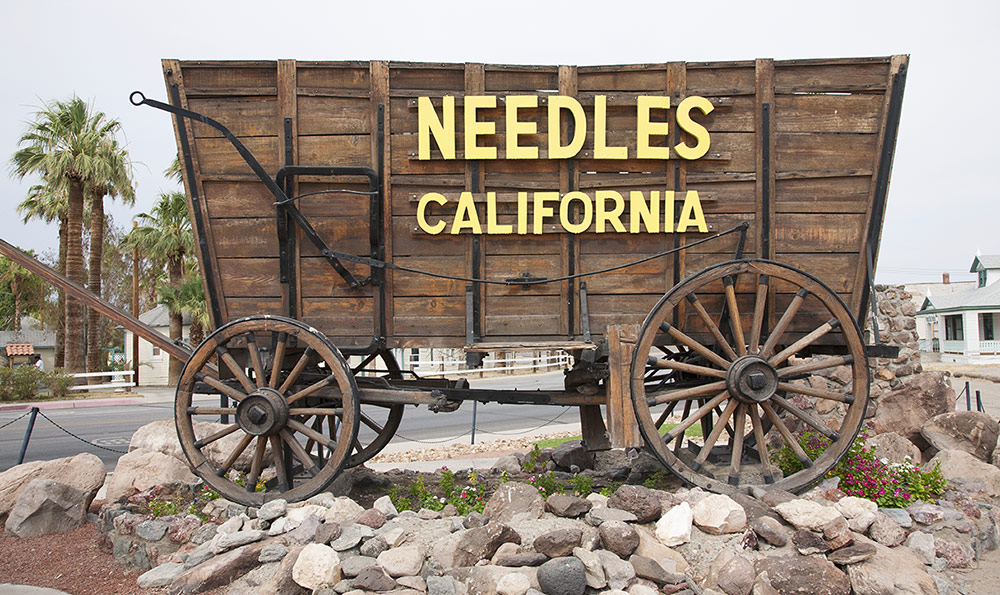 California has some of the strongest gun-control laws in the nation. One little city in the Golden State has decided to swim against the current.
Needles is a former railroad town located just across the Colorado River from Arizona and about 40 minutes from Laughlin, Nevada.

Similar Declarations Made in Other States

“While we recognize that all lawful gun owners are responsible for ensuring they are compliant with state and federal gun laws,” Williams said, “we also recognize that the State of California cannot adopt laws that impair the rights guaranteed by the Second Amendment.”
States, counties, and cities across the United States have passed similar laws or ordinances that declare government resources won’t be spent to enforce gun-control measures seen as violations of the Second Amendment. In Colorado, 34 of 64 counties have adopted resolutions. In Illinois, 65 of 102.

In California, where background checks on people who want to buy ammunition kick in Monday, there’s only one place declaring sanctuary for the Second Amendment: little Needles.
The movement is a riff on immigrant sanctuary cities, which limit their cooperation with federal law enforcement to enforce immigration law. There are seven sanctuary cities in California. In October 2017, then-Gov. Jerry Brown declared California a sanctuary state.
Needles’ declaration is as much functional as it is political. For one thing, California doesn’t recognize the concealed-weapon licenses nearby residents from Arizona and Nevada get in their home states.

How Will Needles Make It Work?

It also is illegal for Californians to buy ammo out of state and bring it home. For Needles residents, it’s a much easier drive to Laughlin or to Kingman, Arizona.
“We’re the easternmost city in California,” City Manager Rick Daniels told the Sacramento Bee. “We’re 140 miles from Barstow. We’re 100 miles from Blythe.”
With the declaration made, the City Council has options as to how it can be carried out. City leaders can pursue an exemption from California gun laws, ask the state to allow concealed-weapon permit holders from Arizona and Nevada, and ask San Bernardino County authorities not to enforce weapons violations by California, Nevada, and Arizona residents who were following their state’s laws.
The council is scheduled to vote on the sanctuary resolution July 9. And it sounds like Needles is determined to keep pushing back.
“Los Angeles and San Francisco usually control most of what we get in the state of California,” Williams told the San Bernardino Sun. “We don’t appreciate them dictating to us.”

Yosemite Engagement Photo Is Stunning. Do You Know the Couple?