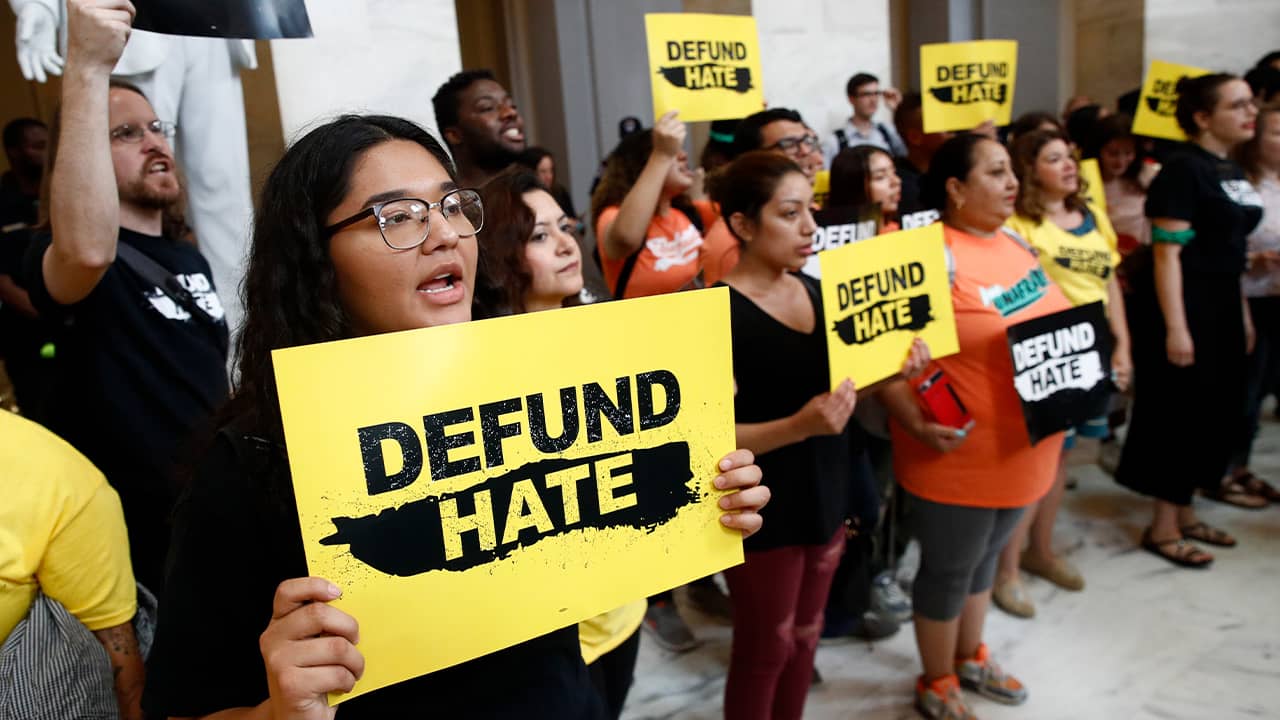 WASHINGTON — A House-passed $4.5 billion emergency border aid package faces a dim future in the GOP-held Senate, the chamber’s top Republican said Wednesday, as pressure builds to wrap up the measure before the government runs out of money to care for thousands of migrant families and unaccompanied children.

McConnell appears to face two basic options: Trying to “jam” the House with the Senate measure or accepting some changes sought by Democrats and avoiding a fight with Pelosi and Senate Minority Leader Chuck Schumer, D-N.Y.
“The Senate has a good bill. Our bill is much better,” Pelosi, D-Calif., told her Democratic colleagues in a meeting Tuesday morning.
“We passed a great bill so just go tell the Senate that they should pass the same bill,” House Appropriations Committee Chairwoman Nita Lowey, D-N.Y., said Wednesday. Turning more serious, Lowey acknowledged that the congressional endgame on the measure “is really not clear right now.”

The House bill contains more than $1 billion to shelter and feed migrants detained by the border patrol and almost $3 billion to care for unaccompanied migrant children who are turned over the Department of Health and Human Services. It seeks to mandate improved standards of care at HHS “influx shelters” that house children waiting to be placed with sponsors such as family members in the U.S.
Both House and Senate bills ensure funding could not be shifted to Trump’s border wall and would block information on sponsors of immigrant children from being used to deport them. Trump would be denied additional funding for Immigration and Customs Enforcement detention beds.
“The President’s cruel immigration policies that tear apart families and terrorize communities demand the stringent safeguards in this bill to ensure these funds are used for humanitarian needs only — not for immigration raids, not detention beds, not a border wall,” said House Appropriations Committee Chairwoman Nita Lowey, D-N.Y.

Only three House Republicans backed the measure. The only four Democratic “no” votes came from some of the party’s most left-leaning freshmen women: Reps. Alexandria Ocasio-Cortez of New York, Ihan Omar of Minnesota, Ayanna Pressley of Massachusetts and Rashida Tlaib of Michigan.
The White House has threatened to veto the House bill, saying it would hamstring the administration’s border security efforts, and is only reluctantly backing the Senate measure — which received only a single “nay” vote during a committee vote last week.
Congress plans to leave Washington in a few days for a weeklong July 4 recess, and pressure is intense to wrap up the legislation before then. Agencies are about to run out of money and failure to act could bring a swift political rebuke and accusations of ignoring the plight of innocent immigrant children.
Lawmakers’ sense of urgency to provide humanitarian aid was amplified by recent reports of gruesome conditions in a windowless Border Patrol station in Clint, Texas, where more than 300 infants and children were being housed. Many were kept there for weeks and were caring for each other in conditions that included inadequate food, water and sanitation.
By Tuesday, most had been sent elsewhere. The incident was only an extreme example of the dire conditions reported at numerous locations where detainees have been held, and several children have died in U.S. custody.

Children Have Been Held Under Harsh Conditions

The Border Patrol reported apprehending nearly 133,000 people last month — including many Central American families — as monthly totals have begun topping 100,000 for the first time since 2007. Federal agencies involved in immigration have reported being overwhelmed, depleting their budgets and housing large numbers of detainees in structures meant for handfuls of people.


The Border Patrol reported apprehending nearly 133,000 people last month — including many Central American families — as monthly totals have begun topping 100,000 for the first time since 2007.
Changes unveiled Tuesday would require the Department of Homeland Security to establish new standards for care of unaccompanied immigrant children and a plan for ensuring adequate translators to assist migrants in their dealings with law enforcement. The government would have to replace contractors who provide inadequate care.

Many children detained entering the U.S. from Mexico have been held under harsh conditions, and Customs and Border Protection Chief Operating Officer John Sanders told The Associated Presslast week that children have died after being in the agency’s care. He said Border Patrol stations are holding 15,000 people — more than triple their maximum capacity of 4,000.
Sanders announced Tuesday that he’s stepping down next month amid outrage over his agency’s treatment of detained migrant children.
In a letter Monday threatening the veto, White House officials told lawmakers they objected that the House package lacked money for beds the federal Immigration and Customs Enforcement agency needs to let it detain more migrants. Officials also complained in the letter that the bill had no money to toughen border security, including funds for building Trump’s proposed border wall.
Related Topics:border aidchildrenEmergencyGOPHouse Speaker Nancy PelosimoneyRepublicanU.S.-Mexico border
Up Next