TEHRAN, Iran — Iran’s supreme leader said Wednesday that Iranians will not budge or change their stand following new U.S. sanctions targeting Ayatollah Ali Khamenei and his associates, the latest in a torrent of sharp verbal responses from Tehran in the wake of the measures.

“The most hated figures of such an administration accuse and insult the Iranian nation. The Iranian nation will not budge and will not withdraw because of the insults.” — Supreme Leader Ayatollah Ali Khamenei

The sanctions followed Iran’s downing last week of a U.S. surveillance drone, worth over $100 million, over the Strait of Hormuz, sharply escalating the crisis.

The top Iranian cleric’s website quoted Khamenei as calling the Trump administration “the most sinister” U.S. government, adding that Washington’s calls for negotiation with Iran are deceitful and amount to “obvious cruelty.”

The crisis gripping the Middle East stems from Trump’s withdrawal of the United States a year ago from the nuclear deal between Iran and other world powers and then imposing crippling new sanctions on Tehran.

Recently, Iran quadrupled its production of low-enriched uranium to be on pace to break one of the deal’s terms by Thursday, while also threatening to raise enrichment closer to weapons-grade levels on July 7 if European countries still abiding by the accord don’t offer a new deal.

Series of Recent Attacks in the Region

Iran warned on Tuesday that the new U.S. sanctions targeting Khamenei and other officials meant “closing the doors of diplomacy” between Tehran and Washington. President Hassan Rouhani derided the White House as being “afflicted by mental retardation.”

Trump called that a “very ignorant and insulting statement,” tweeting that an Iranian attack on any U.S. interest will be met with “great and overwhelming force … overwhelming will mean obliteration.” His secretary of state, Mike Pompeo, said the Iranian statement was “immature.”

After the downing of the U.S. drone last week, Trump pulled back from the brink of retaliatory military strikes but continued his pressure campaign against Iran.

The drone shootdown was only the latest in a series of attacks in the region in recent months. The U.S. has blamed Iran for the suspected attacks on two oil tankers, alleging that used limpet mines to target the tankers, pointing to black-and-white footage it captured that American officials describe as Iranian Revolutionary Guard troops removing an unexploded mine from a Japanese-operated tanker.

Similarly, four oil tankers off the coast of the United Arab Emirates were apparently targeted in acts of sabotage, which U.S. officials have also blamed on Iran. Tehran denied the charges. And in mid-May, Iranian-allied Yemeni rebels claimed they were behind a drone attack on a Saudi oil pipeline.

Late Tuesday, Iraqi Prime Minister Adel Abdul-Mahdi told reporters that American officials contacted the Iraqis recently, alleging the drones used in that Saudi pipeline attack, which took place on May 14, may have taken off from Iraq. 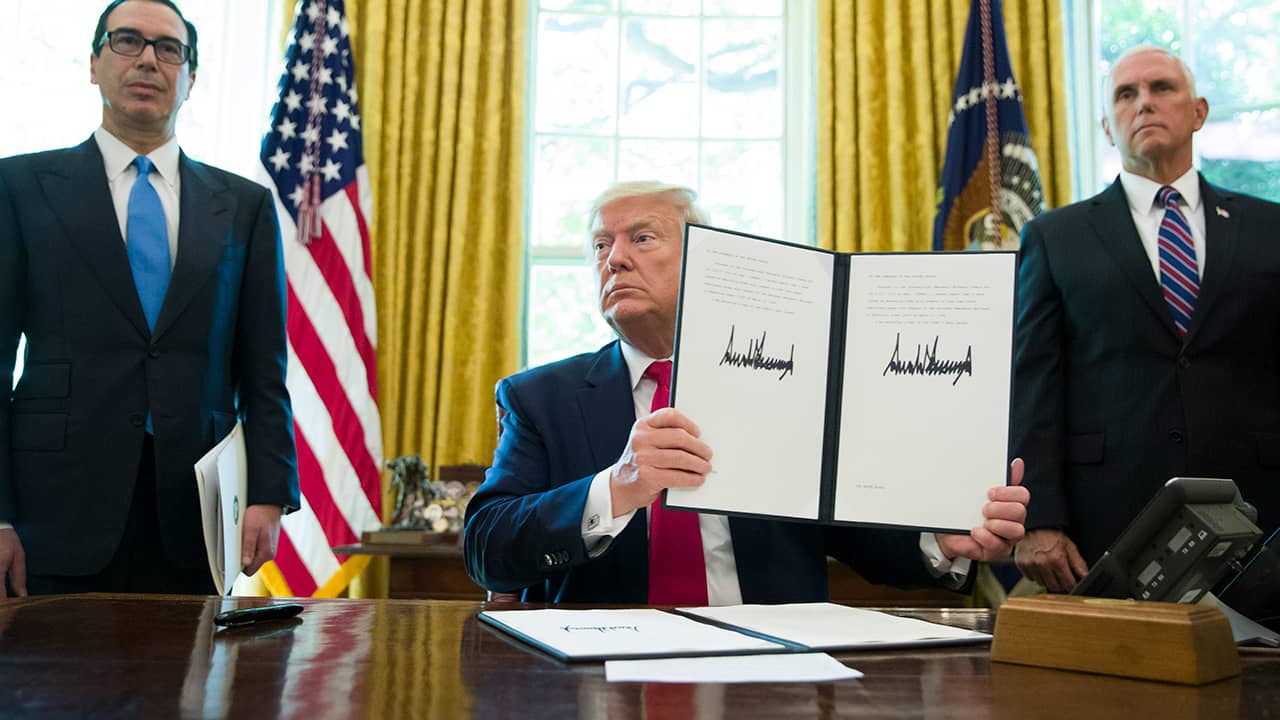 Iraqi military and intelligence have not confirmed such claims, Abdul-Mahdi said, without elaborating. There was also no immediate comment from Washington.

According to an Iraqi intelligence official, the Americans allege the drones took off from the area of Jurf al-Sakhar in Iraq’s southern Babel province that’s home to Iran-backed militias.

The official, speaking on condition of anonymity because he was not authorized to talk to reporters, said there have been nine attacks on U.S. interests in Iraq over the past weeks — including rocket and mortar attacks on Iraqi bases where American trainers are based, and another that struck near the American Embassy in the Iraqi capital.

Last month, the U.S. ordered the evacuation of nonessential diplomatic staff from Iraq amid unspecified threats from Iran.

Iraq is trying to walk a fine line — it has good relations with both the U.S. and Iran, hosts more than 5,000 U.S. troops, and is also home to powerful Iranian-backed militias.