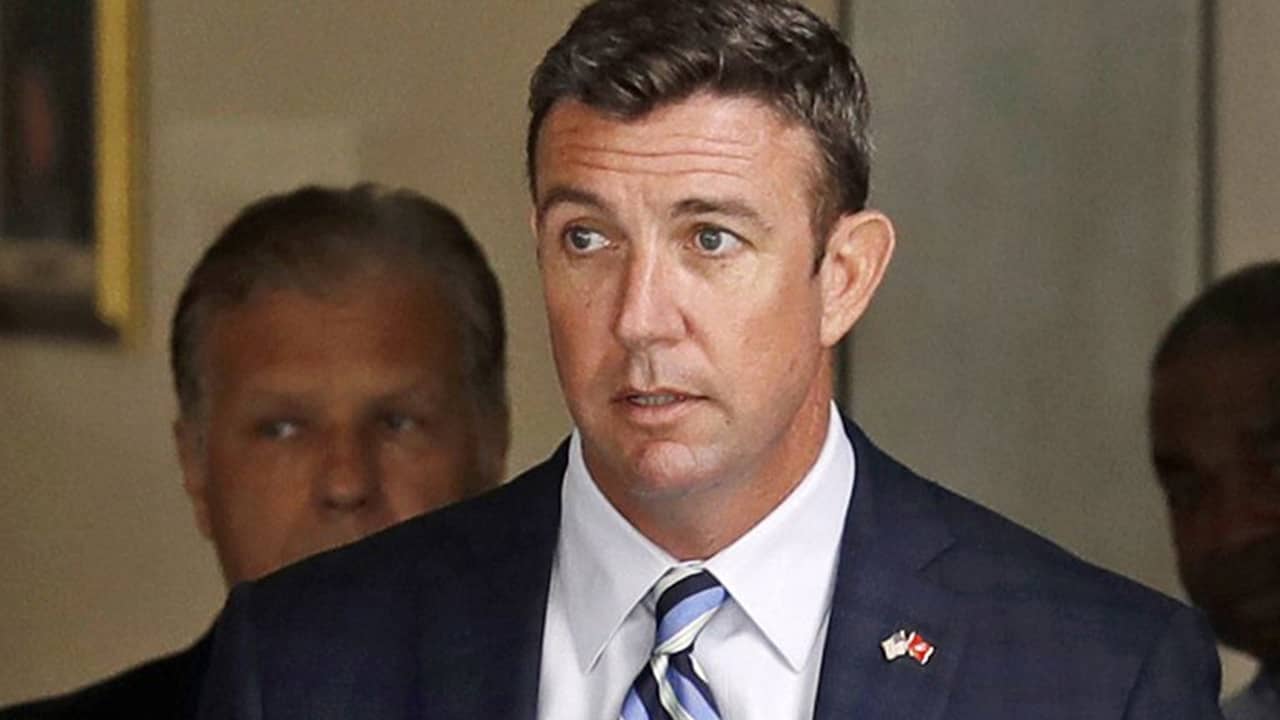 Hunter Tapped Campaign Funds Because He Had No Other Money

It came the same day Vega filed a motion to dismiss the indictment, arguing that the search and seizure of Hunter’s congressional records was unconstitutional.
Vega wrote that the Constitution does not put members of Congress above the law but does “protect them from prosecution for their legislative activities and from having to disclose legislative records, absent their consent.”
Prosecutors said the “sequence of romantic liaisons is so far removed from any legitimate campaign or congressional activity as to rebut any argument that Hunter believed these were proper uses of campaign funds.”
“It’s a very solid case that got much stronger” once his wife pleaded guilty and agreed to testify, said former federal prosecutor Jason A. Forge, who prosecuted California Rep. Randy “Duke” Cunningham, who served more than seven years in prison in a bribery scandal.
In an interview with Fox News last year, Hunter said his campaign made mistakes, that he gave his wife power of attorney when he deployed as a Marine to Iraq in 2003 and that she handled his finances during his last five terms in office.
The government’s filing suggested that Hunter tapped into campaign funds because he had no other money to finance his romantic relationships. During a weekend ski trip with a lobbyist, his personal bank account had a negative balance and he had been hit with $33 fees six times for overdrawing the account, prosecutors said.

The filing provided a look into a string of his alleged relationships and an accounting of campaign funds that were spent:
— Sometime after April 2009, Hunter became romantically involved with a lobbyist and began staying at her home while occasionally spending campaign funds on food and beverages, prosecutors said.
— In January 2010, Hunter flew to Reno, Nevada, ostensibly to attend a convention for a nonprofit group. After a brief stop at the convention, Hunter and a lobbyist headed for a ski resort near Lake Tahoe, where they spent the weekend skiing and ordering room service, according to the filing. Prosecutors said Hunter used campaign funds to rent a car, pay the hotel tab and fly back to Washington.
— In August 2012, while attending the Republican National Convention in Tampa, Florida, Hunter began a romantic relationship with a woman who worked for a member of the House leadership. Hunter later began staying at her home “nearly every night,” prosecutors said. He used campaign funds for cocktails and Uber rides.
— On Sept. 14, 2016, Hunter and another lobbyist engaged in “intimate personal activities unrelated to Hunter’s campaign,” prosecutors said. He used campaign funds to pay for an Uber to return to his office the next morning.
Related Topics:Californiacampaign fundsindictmentpersonal expensesRep. Duncan HunterRepublicanromantic flings
Up Next

Breakouts, Burns, Zingers: What to Watch in Democrats' Debates