Kamala Harris Pressed to Get Personal About Why She's Running 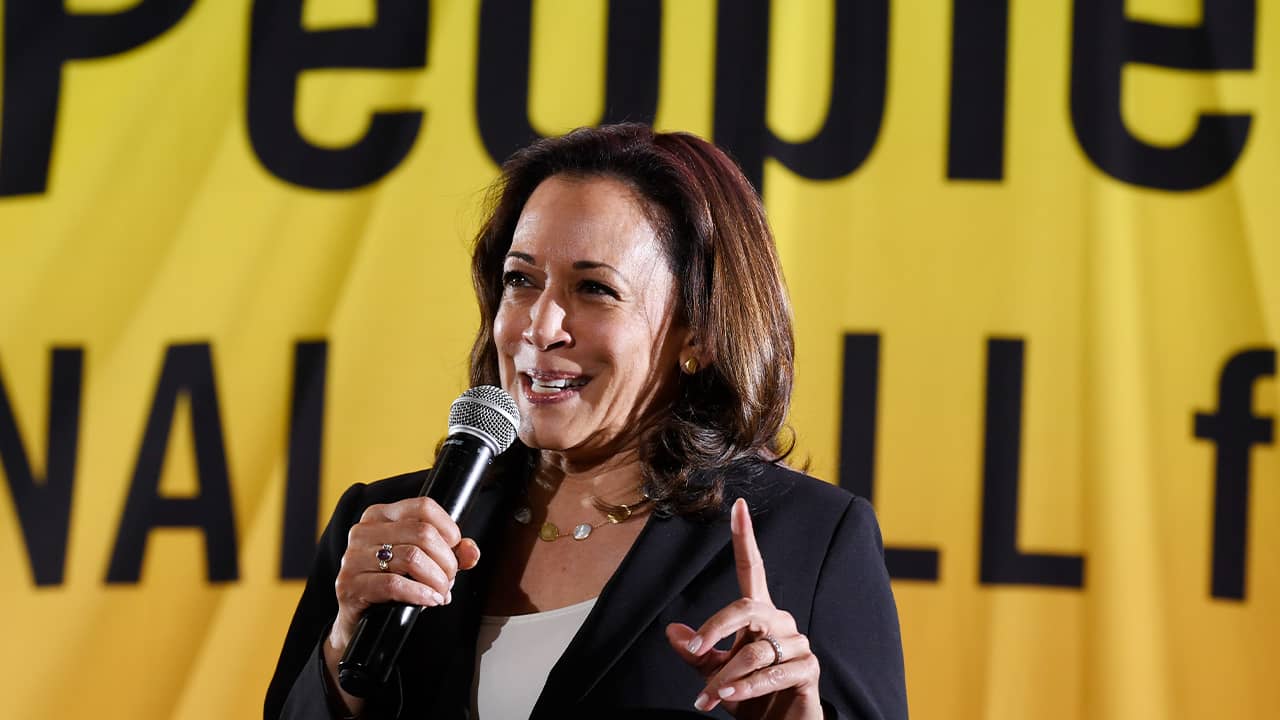 LaTosha Brown, the co-founder of the Black Voters Matter Fund, is among those who said she wants to support Harris but finds herself still wondering what the candidate stands for.
“We’re anxious to hear from her,” Brown said. “She should shape this narrative before it’s shaped for her.”
Brown was one of about a dozen Democratic organizers, strategists and Harris allies who raised concerns about the senator’s struggles to define her candidacy and build off her impressive launch earlier this year. Some shared their thoughts — a mix of concern, bewilderment and frustration — on condition of anonymity in order to speak freely about a campaign many support.

David Axelrod, the longtime political adviser to former President Barack Obama, said that while Harris has “enormous assets,” she has struggled to refine the message and rationale for her pursuit of the presidency.
“You have to have a story and that story has to be the connective tissue through everything you do,” Axelrod said.
Harris advisers see plenty of opportunity for growth, pointing to polls that show large swaths of the Democratic electorate want to learn more about the California senator — a metric they see more as a sign of interest in the candidate than a warning that she remains an enigma to many. Although Harris was initially reluctant, she is now consciously trying to incorporate more personal details in her campaign trail speeches and answers to voters. Sen. Kamala Harris of California waves as she formally launches her presidential campaign in Oakland on Jan. 27. (AP Photo/Tony Avelar)

She Sometimes Seems Defensive About Her Record

“The more people learn about Kamala Harris, the more they like her,” said Kirsten Allen, Harris’ deputy national press secretary. “She’s showing people who she is and why she’s uniquely qualified to prosecute the case against four more years of Donald Trump.”


“The more people learn about Kamala Harris, the more they like her. She’s showing people who she is and why she’s uniquely qualified to prosecute the case against four more years of Donald Trump.” — Kirsten Allen, Harris’ deputy national press secretary
While Harris’ campaign disputes the notion of a revamped strategy, advisers concede that they need to spend more time helping voters understand not only what Harris would do as president but also what motivates her and what has shaped her. Their goal: to leave voters with the impression of a candidate who is both strong and warm.
The effort was apparent over the weekend in South Carolina, where Harris attended a Planned Parenthood forum focused on abortion rights and the state’s Democratic Party convention. She appeared most comfortable embracing her past as a prosecutor, which has drawn scrutiny from some progressives pushing for an overhaul of the criminal justice system.
Harris has at times appeared defensive about her record as California attorney general and San Francisco district attorney. But she leaned into her experience on Saturday, declaring that it positioned her best among the Democratic field to “prosecute” the case against Trump in next year’s general election.

“I know how to get that job done,” Harris said. “We need somebody on our stage when it comes time for the general election who knows how to recognize a rap sheet when they see it and prosecute the case.”
Some Harris supporters bristle at what they see as echoes of the criticism leveled in 2016 against Hillary Clinton, who despite her vast experience struggled at times to define a rationale for her candidacy and could appear overly attuned to the political winds as she formulated policy positions. Harris’ instincts can often appear similar. She has a habit of answering tricky policy questions by stating she wants to have a “conversation” and has pulled back stances she took on eliminating private health insurance and potentially giving imprisoned felons the right to vote.
Aimee Allison, the founder of She the People, a political advocacy network for women of color, said that as a black woman, Harris is under pressure to “be twice as good, twice as polished, twice as prepared.”
“Women of color are also expected to make this herculean effort look effortless, open, authentic,” Allison said.

Maisha Leek, who has supported Harris since her 2003 campaign for San Francisco district attorney, said she wasn’t surprised that Harris was facing questions about her cautiousness — nor was she surprised that she was finding ways to combat them.
“This is Kamala. She is steady as she goes,” said Leek, an executive at the venture fund Human Ventures. “People underestimate her every single time. It is to their peril.”
Related Topics:Bernie SandersCandidate ForumJoe BidenKamala HarrisPete ButtigiegPresidentprosecutorracial discrimination
Up Next