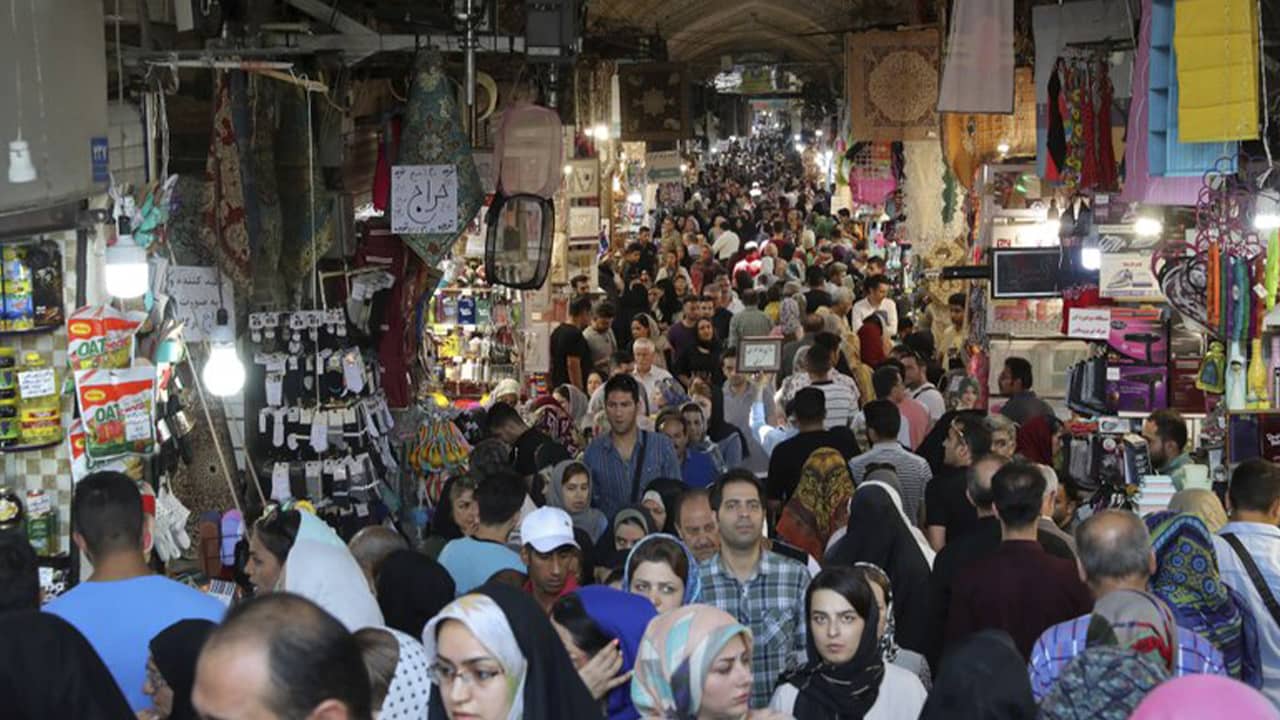 TEHRAN, Iran — As the U.S. piles sanction after sanction on Iran, it’s the average person who feels it the most.
From a subway performer’s battered leather hat devoid of tips, to a bride-to-be’s empty purse, the lack of cash from the economic pressure facing Iran’s 80 million people can be seen everywhere.
Many blame President Donald Trump and his maximalist policy on Iran, which has seen him pull out of Tehran’s 2015 nuclear deal with world powers and levy punishing U.S. sanctions on the country.
In recent weeks, Iran has threatened to break out of the deal unless European powers mitigate what it calls Trump’s “economic warfare.” Iran also appeared ready to push back against the buildup of U.S. forces in the region, after shooting down an American drone it says violated its airspace last week.

In response, U.S. officials have vowed to pile on more sanctions.
But alongside Trump, many Iranians blame their own government, which has careened from one economic disaster to another since its Islamic Revolution 40 years ago.
“The economic war is a reality and people are under extreme pressure,” said Shiva Keshavarz, a 22-year-old accountant soon to be married.
She said government leaders “keep telling us to be strong and endure the pressures, but we can already hear the sound of our bones breaking.”

Inflation Is Over 37%, According to Government Statistics

Walking by any money exchange shop is a dramatic reminder of the hardships most people are facing. At the time of the nuclear deal, Iran’s currency traded at 32,000 rials to $1. Today, the numbers listed in exchange shop windows have skyrocketed — it costs over 130,000 rials for one U.S. dollar. A carpet seller sits at his shop in the old main bazaar in Tehran, Iran on Sunday. As the U.S. piles sanction after sanction on Iran, it’s the average person who feels it the most. (AP Photo/Ebrahim Noroozi)

U.S. Has Cut Off Iran’s Ability to Sell Crude Oil

But under Trump’s maximum-pressure campaign, the U.S. has cut off Iran’s ability to sell crude on the global market, and threatened to sanction any nation that purchases it. Oil covers a third of the $80 billion a year the government spends in Iran, meaning that a fall in oil revenues cuts into its social welfare programs, as well as its military expenditures.
The rest of the country’s budget comes from taxes and non-oil exports, among them oil-based petrochemical products that provide up to 50% of Iran’s $45 billion in non-oil export.
In Tehran’s Laleh park, retired school teacher Zahra Ghasemi criticized the government for blaming “every problem” on U.S. sanctions.


Related Story: Trump: Strikes on Iran 'Cocked and Loaded,' Then Called Off

She says she has trouble paying for her basic livelihood. The price of a bottle of milk has doubled, along with that of vegetables and fruit.
“We are dying under these pressures and a lack of solutions from officials,” Ghasemi said.
Years of popular frustration with failed economic policies triggered protests in late 2017, which early the following year spiraled into anti-government demonstrations across dozens of cities and towns.
The current problems take root in Iran’s faltering efforts to privatize its state-planned economy after the devastating war with Iraq in the 1980s, which saw 1 million people killed.
But Oil Minister Bijan Zanganeh said earlier this month that the crunch on oil exports is hitting harder today than during the 1980s war, when Saddam Hussein’s forces targeted Iran’s oil trade.

“Our situation is worse than during the war,” Zanganeh said. “We did not have such an export problem when Saddam was targeting our industrial units. Now, we cannot export oil labeled Iran.”
Still, many Iranians pin the economic crisis on corruption as much as anything else.
“Our problem is the embezzlers and thieves in the government,” said Nasrollah Pazouki, who has sold clothes in Tehran’s Grand Bazaar since before the 1979 Islamic Revolution. “When people come to power, instead of working sincerely and seriously for the people, we hear and read after a few months in newspapers that they have stolen billions and fled.”


“Our problem is the embezzlers and thieves in the government. When people come to power, instead of working sincerely and seriously for the people, we hear and read after a few months in newspapers that they have stolen billions and fled.” — Nasrollah Pazouki, who has sold clothes in Tehran’s Grand Bazaar since before the 1979 Islamic Revolution
He added: “Whose money is that? It’s the people’s money.”
Sanctions do cause some of the problems, said Jafar Mousavi, who runs a dry-goods store in Tehran. But many of the woes are self-inflicted from rampant graft, he said.


Related Story: Putin Open for Talks With Trump, Warns Against Force on Iran

“The economic war is not from outside of our borders but within the country,” Mousavi said. “If there was integrity among our government, producers and people, we could have overcome the pressures.”
Yet people come and go each day to work on Tehran’s crowded metro, seemingly earning less each day for the same work. In one train car, Abbas Feayouji and his son Rahmat play mournful-sounding traditional love songs known as “Sultan-e Ghalbha,” or “King of Hearts” in Farsi.
“People pay less than before,” said the elder Feayouji, a 47-year-old father of three, as he took a short break to speak to the AP. “I don’t know why they do, but it shows people have less money than before.”