Pentagon Without a Chief as US Faces Numerous Global Threats 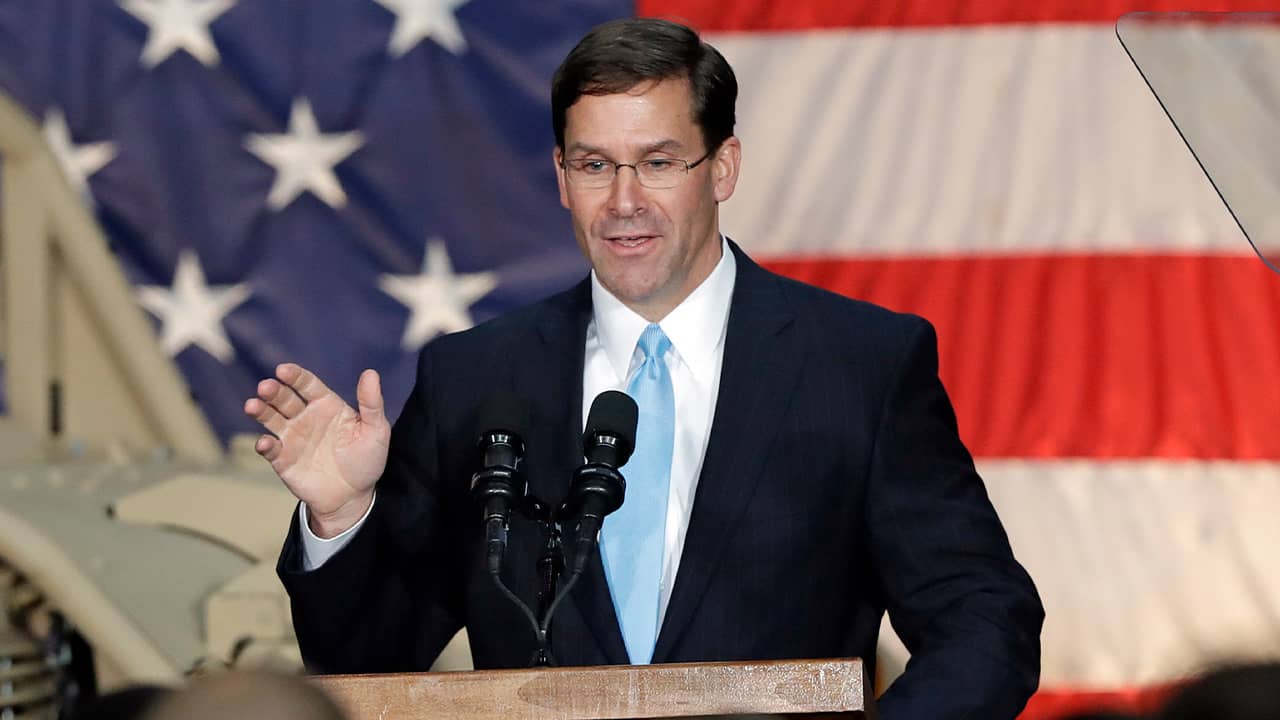 WASHINGTON — It’s a difficult time for the Pentagon to be without a permanent U.S. defense secretary.

Esper is slated to take over as acting defense secretary at midnight on Sunday, and then head out Tuesday to a meeting of NATO defense ministers. There it will be critical for Esper to convince allies that he is now in charge, and that the U.S. national security leadership is stable and able to make decisions when faced with escalating threats from Iran, amid questions from a wary Congress.
Meanwhile, inside the Pentagon, lawyers are debating how to get Esper through what will be a difficult legal and Congressional confirmation process. Defense officials said Thursday that so far they don’t yet have a clear way forward.
The key problem is that Trump never formally nominated Shanahan for the defense job. He announced his intention to do so, but as the months went on it never happened, and officials repeatedly said the vetting was dragging on. On Monday, Shanahan stepped down saying he wanted to spare his family as details of domestic problems linked to his messy divorce nearly a decade ago became public.
Trump immediately named Esper as the new acting secretary, but because of limitations laid out in court decisions and legislation governing how top level vacancies are filled, he will only be allowed to serve for about six weeks in that temporary capacity.
Law prohibits Esper from being nominated for the job while also serving as the acting secretary. If he is nominated, he’ll have to step down and move to another job until the Senate votes on his confirmation. And anyone chosen to fill in temporarily — even for a short time while the confirmation process goes on — will have limited authorities and won’t have all of the decision-making power that a defense secretary needs when his nation is at war in several countries and conducting major military operations in dozens of others.

Normally, senior leaders can be “acting” for 210 days, but because Shanahan was never nominated the clock on Esper started ticking on January 1, when previous Defense Secretary Jim Mattis resigned. That would force Esper out of the acting role by July 30.
Adding to the problem, is that even if Trump wants to nominate Esper, he’ll have to come up with someone to fill the job, also in an acting capacity, for an undetermined amount of time. Because Trump never nominated anyone to replace Shanahan as deputy defense secretary, which was his previous job, there is no one to easily step up and fill in as acting secretary during that confirmation process.
While lawmakers have expressed initial support for Esper, who is well known on the Hill and previously served on committees as legislative staff, there is no guarantee he’ll get a quick approval.
As a former executive at defense contractor Raytheon, Esper may have to excuse himself from decisions involving the company. And that could include sensitive, top level negotiations with Turkey over its decision to buy a Russian missile defense system, and America’s counter offer of the Raytheon-made Patriot surface-to-air weapon.
Lawmakers have also expressed impatience with the large number of acting executives in the Trump administration.
Under Trump at least 22 of the 42 people in top Cabinet jobs have been acting, or just over half.

In contrast, data compiled by incoming Yale political science professor Christina Kinane, suggests that from 1977 through mid-April of this year — the administrations of President Jimmy Carter through the first half of Trump’s — 266 individuals held Cabinet posts. Seventy-nine of them held their jobs on an acting basis, or 3 in 10.


In contrast, data compiled by incoming Yale political science professor Christina Kinane, suggests that from 1977 through mid-April of this year — the administrations of President Jimmy Carter through the first half of Trump’s — 266 individuals held Cabinet posts. Seventy-nine of them held their jobs on an acting basis, or 3 in 10.
Trump has said he likes naming acting officials, telling reporters in January, “It gives me more flexibility.”
The practice lets Trump quickly, if temporarily, install allies in important positions while circumventing the Senate confirmation process, which can be risky with Republicans running the chamber by a slim 53-47 margin.
But another explanation is that under Trump, the process of filling jobs has been slow and riddled with missteps.
Trump has withdrawn 63 nominees so far, doubling the 31 Obama retracted at this point in his first term, according to the nonpartisan Partnership for Public Service, which studies ways to improve government effectiveness. He’s also decided against nominating some candidates after realizing the GOP-led Senate would reject them, including two would-be picks for the Federal Reserve: businessman Herman Cain and conservative commentator Stephen Moore.
In addition, Trump’s 568 nominations during his first year in office were more than 100 fewer than Obama submitted during that period, partnership figures show.
Related Topics:Afghanistandefense secretaryDefense Secretary Patrick ShanahanIranNorth KoreaPentagonU.S.-Mexico border
Up Next

'What's in Your Weed?' California to Push Pot Users to Go Legal