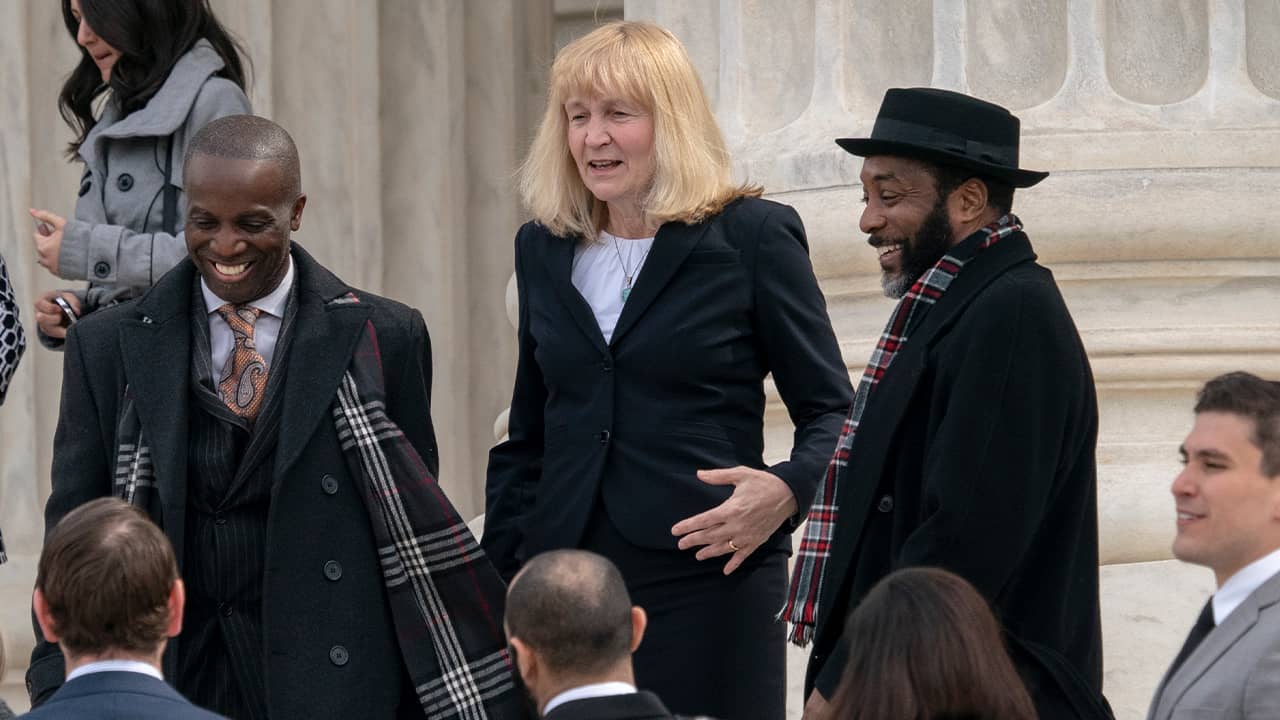 WASHINGTON — The Supreme Court on Friday threw out the murder conviction and death sentence of a black man in Mississippi because of a prosecutor’s efforts to keep African Americans off the jury. The defendant already has been tried six times and now could face a seventh trial.

Flowers Has Been in Jail More Than 22 Years

In dissent, Justice Clarence Thomas called Kavanaugh’s opinion “manifestly incorrect” and wrote that Flowers “presented no evidence whatsoever of purposeful race discrimination.” Justice Neil Gorsuch joined most of Thomas’ opinion.
Thomas, the only African American on the Supreme Court, said the decision may have one redeeming quality: “The state is perfectly free to convict Curtis Flowers again.”
Flowers has been in jail more than 22 years, since his arrest after four people were found shot to death in a furniture store in Winona, Mississippi, in July 1996.
Flowers was arrested several months later, described by prosecutors as a disgruntled former employee who sought revenge against the store’s owner because she fired him and withheld most of his pay to cover the cost of merchandise he damaged. Nearly $300 was found missing after the killings.
Defense lawyers have argued that witness statements and physical evidence against Flowers are too weak to convict him. A jailhouse informant who claimed Flowers had confessed to him recanted in recorded telephone conversations with American Public Media’s “In the Dark” podcast. There’s a separate appeal pending in state court questioning Flowers’ actual guilt, citing in part evidence that reporters for “In the Dark” detailed.


Supreme Court Tried to Stamp out Discrimination in ’86

“A seventh trial would be unprecedented, and completely unwarranted given both the flimsiness of the evidence against him and the long trail of misconduct that has kept him wrongfully incarcerated all these years. We hope that the state of Mississippi will finally disavow Doug Evans’ misconduct, decline to pursue yet another trial and set Mr. Flowers free,” Sheri Lynn Johnson, who represented Flowers at the Supreme Court, said in an emailed statement.


“A seventh trial would be unprecedented, and completely unwarranted given both the flimsiness of the evidence against him and the long trail of misconduct that has kept him wrongfully incarcerated all these years.” — Sheri Lynn Johnson, who represented Flowers at the Supreme Court
Evans did not respond to email requests for comment and no one answered the phone in his office Friday.
In the course of selecting a jury, lawyers can excuse a juror merely because of a suspicion that a particular person would vote against their client. Those are called peremptory strikes, and they have been the focus of the complaints about discrimination.
The Supreme Court tried to stamp out discrimination in the composition of juries in Batson v. Kentucky in 1986. The court ruled then that jurors couldn’t be excused from service because of their race and set up a system by which trial judges could evaluate claims of discrimination and the race-neutral explanations by prosecutors.
Flowers’ case has been to the high court before. In 2016, the justices ordered Mississippi’s top court to re-examine racial bias issues in Flowers’ case following a high court ruling in favor of a Georgia inmate because of a racially discriminatory jury. But the Mississippi justices divided 5-4 in upholding the verdict against Flowers. The state, defending the conviction, said the justices must narrow the focus from Evans’ broader record to the case at hand.
But Kavanaugh said that even on the narrower basis, there is evidence that at least one prospective black juror for the sixth trial, Carolyn Wright, was similarly situated to white jurors and was improperly excused by Evans.
Related Topics:African-AmericanCurtis Flowersdeath sentencefair trialmurder convictionSupreme Court
Up Next

Trump Claims Rising Support From Latino Voters. There's No Proof of That.