Alleged Gunman in Death of Sacramento Officer Has Violent History 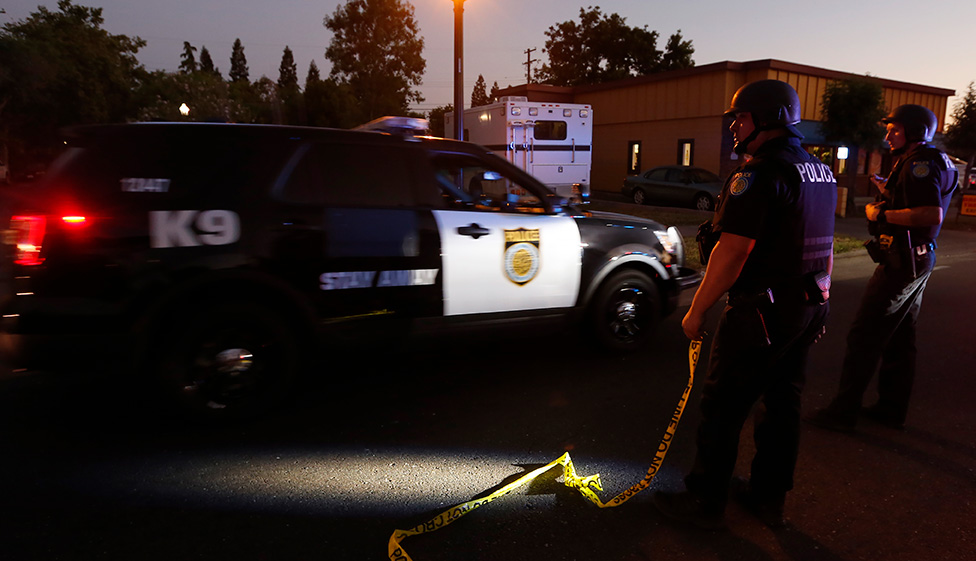 SACRAMENTO — A rookie Sacramento police officer was shot during a domestic violence call and lay wounded for about 45 minutes as the gunman kept officers at bay with bursts of fire, authorities said Thursday. She was finally rescued with an armored vehicle but died at a hospital. 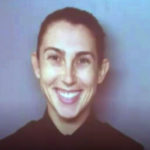 “We are devastated,” Deputy Chief Dave Peletta said. “There are no words to convey the depth of sadness we feel or how heartbroken we are for the family of our young, brave officer.”
Officer Tara O’Sullivan, 26, was shot Wednesday evening while helping a woman collect her belongings to leave her home. As officers swarmed the area, the gunman continued firing in a standoff that lasted about eight hours before he surrendered.
Police said five officers fired their weapons during the incident.
Police identified the suspect as Adel Sambrano Ramos, 45, of Sacramento.
His younger brother, Orlando Ramos, told The Associated Press that Adel Ramos is estranged from his family and has a long record that includes convictions for driving under the influence, drug use and domestic violence.

“We are devastated. There are no words to convey the depth of sadness we feel or how heartbroken we are for the family of our young, brave officer.” — Sacramento Deputy Police Chief Dave Peletta
“If he goes to prison for the rest of his life, I could care less,” Orlando Ramos said. “I’m a lot more heartbroken for seeing the pain in my mother and for the police officer and her family than I am for him going to prison.”
He said he was sorry the shooting occurred and sent his condolences to the officer’s family.

Officer Had Been on the Force 6 Months

O’Sullivan graduated from the police academy in December and was working with a training officer. She was expected to be on her own in a couple of weeks, Peletta said.
She and other officers arrived at the home at 5:41 p.m. A half-hour later the first shots were fired, and O’Sullivan was hit, authorities said. The gunman continued firing a rifle-type weapon. At 6:54 p.m., additional officers responded with an armored vehicle to rescue O’Sullivan.
“Our officers maintained cover in safe positions until we were able to get an armored vehicle in the area,” Sgt. Vance Chandler said.
Five minutes later, O’Sullivan was taken to UC Davis Medical Center, where she died. A man and woman watch as law enforcement officers surround a home where a gunman has taken refuge after shooting a Sacramento police officer, Wednesday, June 19, 2019, in Sacramento, Calif. (AP Photo/Rich Pedroncelli)

The woman she was helping was not hurt. Orlando Ramos said she was Adel Ramos’ girlfriend.
Details about the scene of the attack remained sketchy, but law enforcement experts offered differing opinions on the length of time it took for officers to reach O’Sullivan.
Thor Eells, executive director of the National Tactical Officers Association and a retired SWAT commander from Colorado, said lack of cover or protection, topography and the location of the fallen officer and shooter could explain why it took 45 minutes.

Delay in Getting to Wounded Officer ‘Unacceptable,’ Expert Says

Charles “Sid” Heal, former commanding officer of Los Angeles County Sheriff’s Department SWAT unit, said putting additional officers in harms’ way without proper protection is not an option.
However, Stephen Nasta — a professor at the John Jay College of Criminal Justice and a former inspector with the New York Police Department — called the delay “unacceptable.”
He said officers should have commandeered an armored bank vehicle, bus or heavy construction equipment if an armored police vehicle was not immediately available or used diversionary tactics to distract the gunman as other officers rescued the wounded comrade.

Iran Revolutionary Guard Shoots Down US Drone Amid Tensions