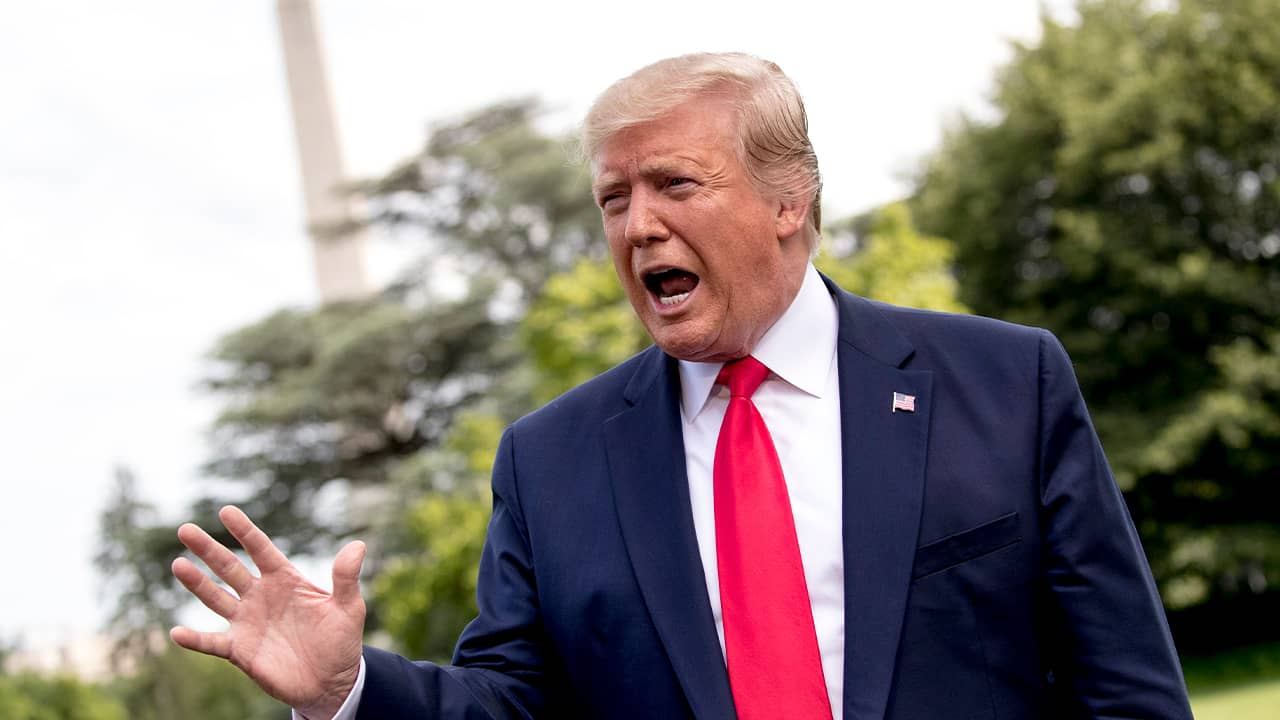 WASHINGTON — President Donald Trump could have a tough time making good on his threat to deport millions of people living in the U.S. illegally. But maybe that wasn’t his point.
Trump’s late-night messages Monday promised that starting next week his administration “will begin the process of removing the millions of illegal aliens who have illicitly found their way into the United States. They will be removed as fast as they come in.”

Next week ICE will begin the process of removing the millions of illegal aliens who have illicitly found their way into the United States. They will be removed as fast as they come in. Mexico, using their strong immigration laws, is doing a very good job of stopping people…….

That was a pronouncement likely to excite his political base just as he was formally announcing his reelection bid Tuesday night. It also scared immigrants in the U.S. illegally — and could deter others from coming.
But it came at a cost.
Trump blatantly exposed an upcoming enforcement operation, potentially jeopardizing the kind of sensitive effort that takes months to plan and relies on secrecy. The president’s tweets put new, fresh demands on Immigration and Customs Enforcement, the agency in charge of removals, which is already overwhelmed, lacking staff, funding and detention space for its current work. And any massive roundup that includes deportation of families would be sure to spark outrage.
The tweets suggested the start of Trump’s reelection campaign is likely to have much in common with his 2016 announcement, when he accused Mexico of sending rapists to the United States and pledged to build a wall and make Mexico pay for it. The rhetoric was widely denounced, yet the tough anti-immigration message struck a nerve with many Americans and ultimately helped carry Trump to victory.

At his rally Tuesday night in Orlando, Florida, he said millions of low-wage workers who come to the U.S. illegally are competing for opportunities against the most vulnerable Americans.


The “millions” in his tweets referred to the more than 1 million people in the United States with final deportation orders, meaning a judge has decided they be deported, according to an administration official who spoke on condition of anonymity to explain the president’s tweets.
Trump also claimed that schoolchildren across the country are being threatened by MS-13 gang members and blamed “Democratic policies.” He said if Democratic officials “had to send their children to those overcrowded, overburdened schools, they would not tolerate it for one minute.”
Trump’s tough talk hasn’t led to a drop in border crossings since he took office. The flow of Central American migrants has risen dramatically during his administration. He recently dropped a threat to slap tariffs on Mexico after the country agreed to step up immigration enforcement efforts.

The “millions” in his tweets referred to the more than 1 million people in the United States with final deportation orders, meaning a judge has decided they be deported, according to an administration official who spoke on condition of anonymity to explain the president’s tweets.
Pew Research Center has estimated there are about 10.5 million people in the U.S. illegally, with long-term residents outnumbering recent arrivals. The record for deportations over a full year is 419,384 in 2012, under the Obama administration.

Some in Trump’s administration believe decisive shows of force — like mass arrests — serve as deterrents, sending a message to those considering making the journey to the U.S. that it’s not worth coming.
The new acting director of ICE, Mark Morgan, recently signaled a willingness to deport families during enforcement sweeps, though past Trump immigration officials hesitated over concerns about logistics and the public reaction.
U.S. officials with knowledge of the preparations say the operation wasn’t imminent; it was to begin in the coming weeks and be nationwide. But ICE officials were not aware the president would make public sensitive law enforcement plans, and it’s unclear whether the operation now will go off as planned.
Enforcement sweeps require months of planning. Officers work from recent addresses and don’t have search warrants. Immigrants are not required to open their doors, and increasingly they don’t. Officers generally capture about 30% to 40% of targets.
Plus, ICE needs travel paperwork from a home country to deport someone, so immigrants often end up detained at least temporarily waiting for a deportation flight. The adult population of detainees was 53,141 as of June 8, though the agency is only budgeted for 45,000. There were 1,662 in family detention, also at capacity, and one of the family detention centers is currently housing single adults.


Lawmakers From Both Parties Raise Concerns

Also, publicizing law enforcement operations can jeopardize officer safety and tip off potential deportees.
When Oakland, California, Mayor Libby Schaaf learned of an operation in Northern California and warned the immigrant community, Trump railed against the disclosure. He suggested prosecuting her for obstruction of justice. And the head of ICE at the time, Thomas Homan, said his agency could have arrested more people had she not warned them, calling it an “irresponsible decision.”
Lawmakers from both parties raised concerns about Trump’s plan. Democratic House Speaker Nancy Pelosi said his threat of a “mass deportation dragnet is an act of utter malice and bigotry, designed solely to inject fear in our communities.”

Republican Sen. Roy Blunt of Missouri, part of the GOP leadership, said, “I think our energy is better exerted, one, taking care of people at the border who need to be taken care of and, two, looking at securing the border as our principal obligation.”
Immigrant advocacy groups across the country are already getting terrified phone calls from people worried about raids.

“People are always on edge,” said Cesar Espinosa, executive director of the Houston advocacy group FIEL. “This obviously reinforces that fear and in a lot of cases it paralyzes people when they can’t continue to live their daily lives.”