Tree That Some Say Inspired Dr. Seuss' 'The Lorax' Topples 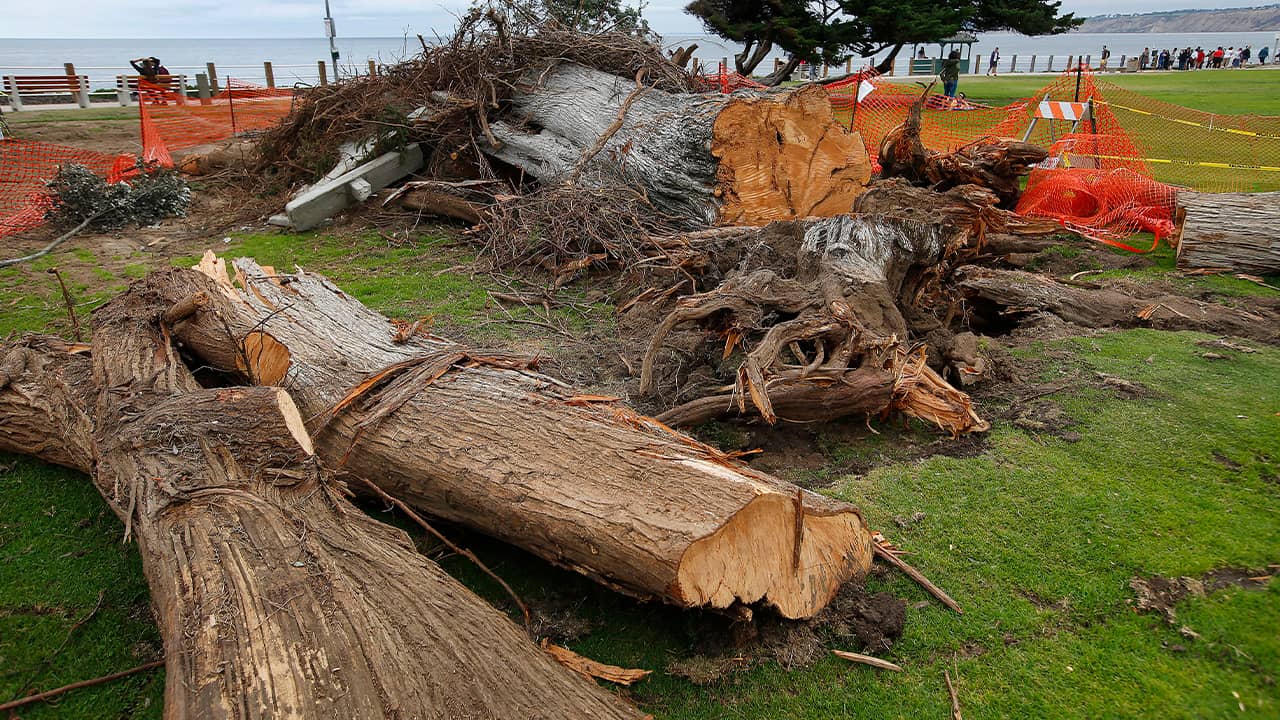 SAN DIEGO — A century-old tree with a long trunk and bushy branches that some believe was the inspiration for fictional Truffula trees in Dr. Seuss’ “The Lorax” has fallen in a coastal San Diego park.

Officials Plan to Salvage Some of the Wood

Geisel told interviewers over the years that “The Lorax” was inspired by the anger he felt as he watched homes and condominiums being carved into the hillsides below him. He called the book “one of the few things I ever set out to do that was straight propaganda,” according to the Union-Tribune.
In it, the title character tries to stop the Once-ler from chopping down Truffula Trees so that their tufts (“much softer than silk”) can be used to manufacture Thneeds, a classically Seussian word for all manner of worthless merchandise.
“I speak for the trees,” the Lorax says.
Geisel, who died in 1991, would often claim “The Lorax” was his favorite among the 48 books that he wrote, the newspaper said.
Officials plan to salvage some of the wood and repurpose it, and a replacement tree will be planted, Graham said.

Mariska Hargitay: Haven't Been in Touch With Linda Fairstein