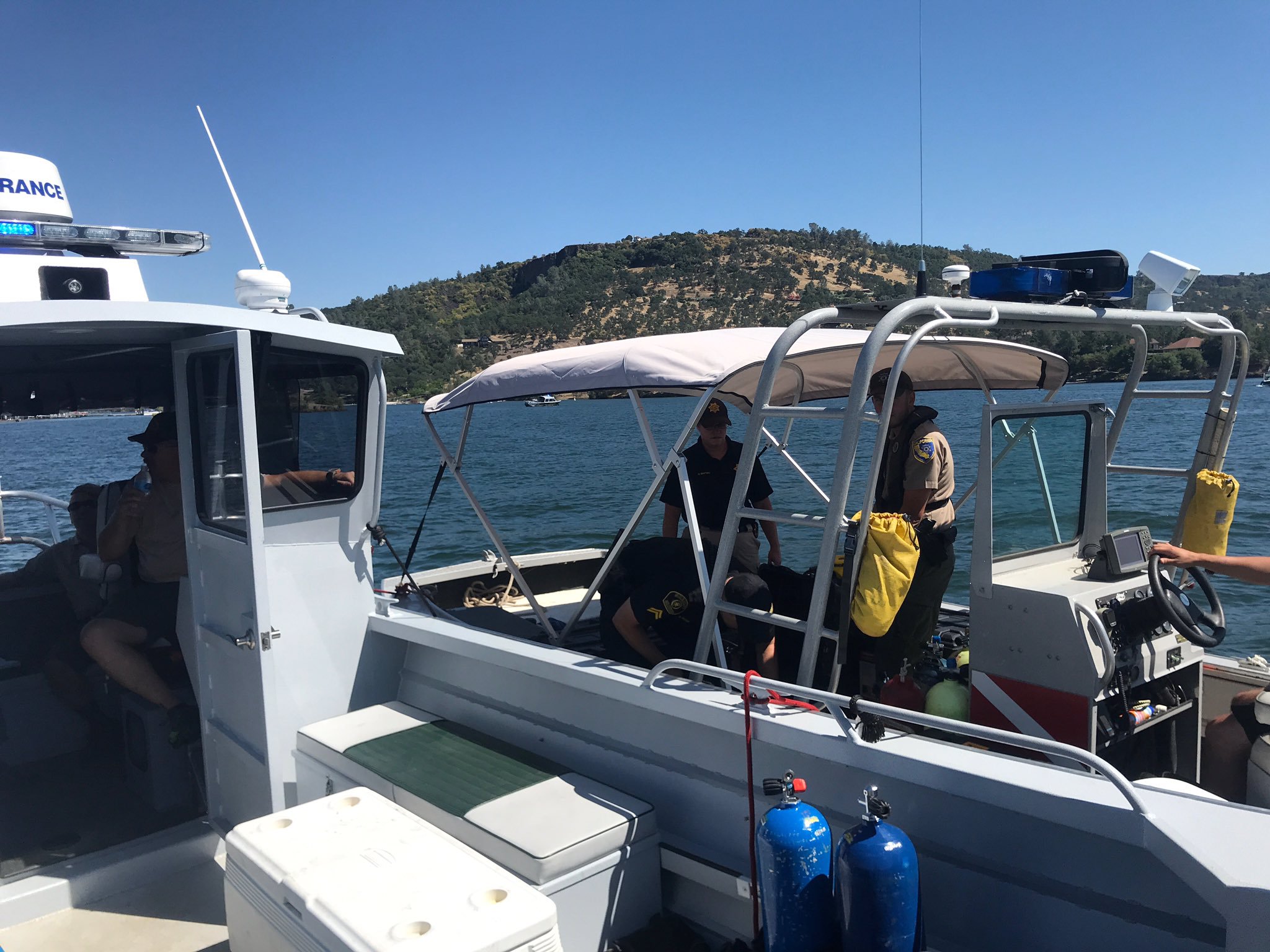 UPDATE: Crews recovered the body of a pilot and his plane Tuesday after the aircraft crashed into Lake Tulloch in Calaveras County, officials said.
JAMESTOWN — Search teams on Monday afternoon located a small plane that crashed and sank in Lake Tulloch a day earlier, the Tuolumne Sheriff’s Office said.
In a Facebook post, the office said that there was no information on the missing pilot. However, Chico-based Action News Now reported Monday that one person died in the crash.

Officials have not released the name of the pilot. But Jack Wilkey, owner of Turlock-based Wilkey Industries, confirmed the pilot’s identity as Trent Johnson, the Modesto Bee reported.
Public records list his age as 57 or 58.
“As an aviation community, it’s pretty tight-knit so everyone knew him one way or another,” said family friend and fellow pilot Cameron Glynn about Johnson. “He was an amazing family man, amazing husband, amazing dad, especially on Father’s Day, it’s sad.”
Witnesses said they never saw the pilot surface to the top of the water after the crash.
The plane was found in about 110 feet of water, according to the Calaveras County Sheriff’s Office, which also participated in the rescue effort.
Crews used sonar equipment to locate the plane. An underwater remotely operated vehicle confirmed its location.
Crews will attempt to recover the plane today.

Pilot Reportedly Showing Off His Skills

Witnesses said the pilot was exhibiting his skills Sunday for friends who were videoing him from a pontoon boat. The plane crashed into the lake and sank just before noon after striking unmarked power lines.