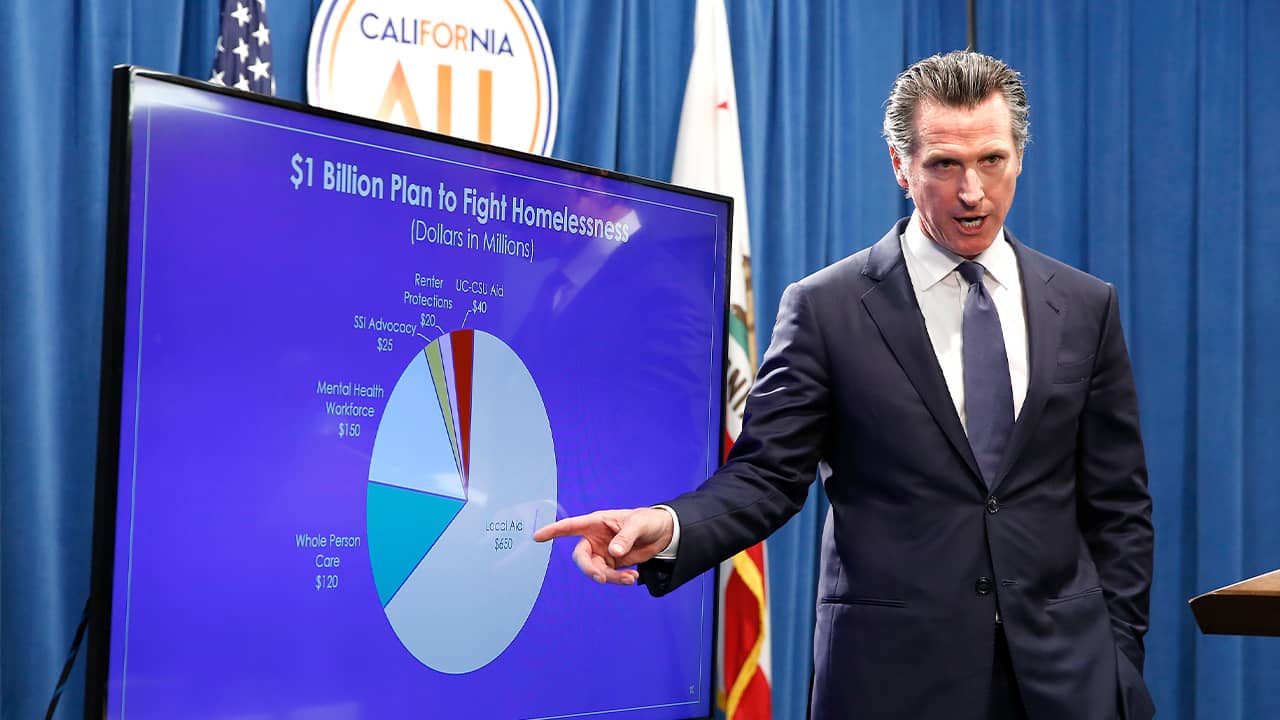 California’s political leaders, Democrats all, are touting a new state budget that expands spending on services for the state’s poor while building reserves.

That’s true, as far as it goes. However, there are some very big caveats in the $213 billion 2019-20 budget, the first by Gov. Gavin Newsom.
The first caveat is that while expanding health insurance coverage (even to some undocumented adults), early childhood education, an expanded “earned income tax credit” and other services may alleviate symptoms, they ignore root causes of California’s highest-in-the-nation poverty.
The most important factor in having 20% of Californians living in poverty, according to the Census Bureau, and another 20 percent in “near-poverty,” according to the Public Policy Institute of California, is the state’s ridiculously high cost of living, especially for housing.
How high? Recent calculations by the Council for Community and Economic Research reveal that four of the 10 U.S. metropolitan areas with the highest costs of living are in California, topped by San Francisco, 91.4% above the national average.
Looking at the situation from a different standpoint, California’s high cost of living depresses real personal income growth, according to the U.S. Bureau of Economic Analysis (BEA).

While the state’s economy was booming in 2017, and generating record amounts of taxable income for the state treasury, the BEA says in a new report, its “real personal income” growth, adjusted for cost of living, was just 2.6%, lower than all of its neighboring states. Los Angeles-Long Beach had the slowest real income growth of any large metropolitan area at just 1.6 percent.
While nearly all California living costs tend to be high, housing is particularly so, thanks to our chronic inability to keep up with demand and the Capitol’s chronic inability to reduce barriers to construction.
That brings us to the next caveat about the new budget – the increasingly precarious state of California’s economy.

“The California economy is slowing down,” Jerry Nickelsburg, director of the UCLA Anderson Forecast, wrote in a report this month. “The state is, quite simply, running out of people to be employed.”
In decades past, when California’s economy was booming and needed new workers, we would see an influx from elsewhere. But in-migration has slowed to a trickle and we actually have a net loss in state-to-state movements – thanks, again, to our high living costs.

Reserves Are Designed to Cushion an Economic Downturn

Late last year, economists at Cal Lutheran University issued a report on Ventura County, saying its economy is stagnant because of a lack of workers and blaming housing availability and costs for the situation. What’s true in Ventura is increasingly true of the entire state, recent data indicate.

Helping Define What It Means to Be ‘Made in California’