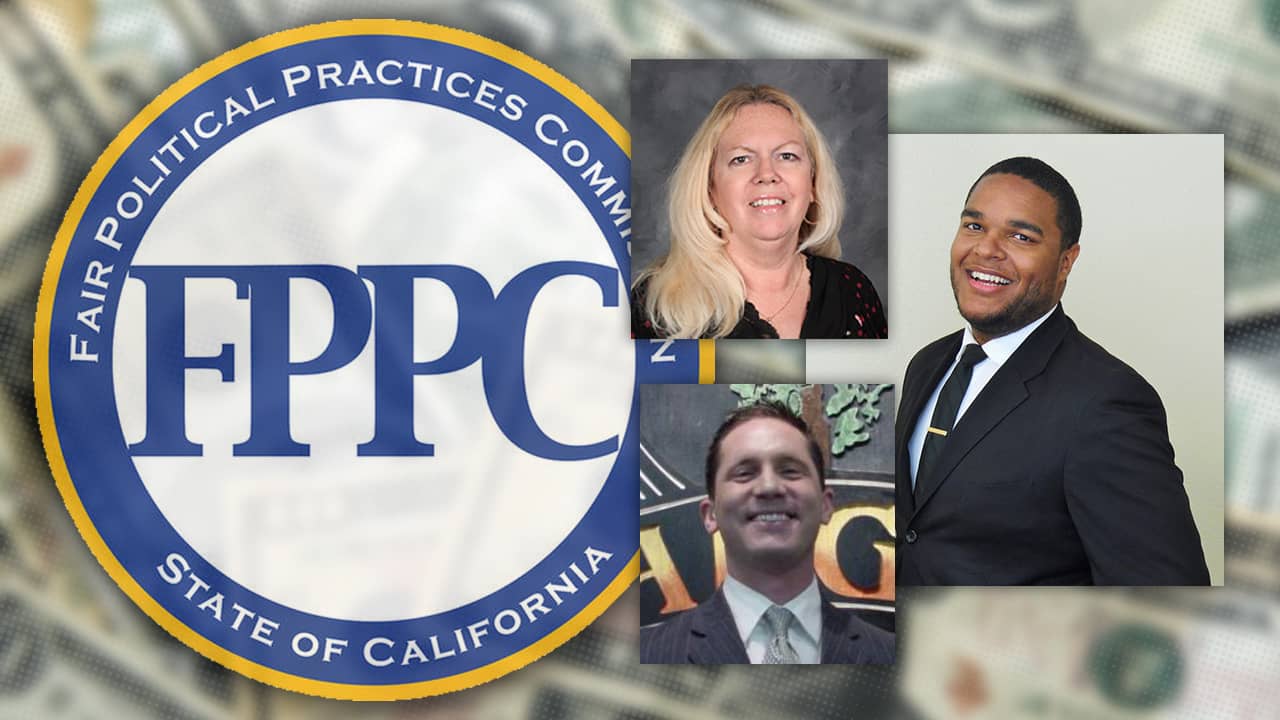 The state agency in charge of enforcing campaign finance law gave State Center trustee Eric Payne a break on Thursday.
Facing 21 counts for various infractions, including failures to file paperwork in a timely manner and improperly spending campaign funds on himself, the Fair Political Practices Commission reduced Payne’s fine by $12,000.
That still leaves him on the hook for total fines of $54,000.

At the commission’s monthly meeting in Sacramento, the three-member panel unanimously approved the agency staff’s recommended fines.
Payne’s problems started with a complaint about his fundraising shortly after his reelection to the State Center Community College District board in 2016.
The FPPC’s investigation revealed that Payne did not file required reports on time documenting his campaign’s donors and his sources of personal income. The agency also found Payne violated election rules by spending nearly $500 in campaign funds on clothing for himself.
“This was basically whatever you could do wrong, he did,” enforcement chief Galena West told commissioners.
She noted that Payne had recently come into compliance with a requirement to file a statement of economic interest, a yearly document disclosing his sources of income.
Galena also said that on the morning of the hearing, Payne had turned over other campaign filings as well.
That was good enough to reduce Payne’s fines. Instead of a fine of $5,000 per count for not filing six SEI forms on time, West recommended a reduced fine of $3,000 per count. That lowered Payne’s overall penalty by $12,000.

According to an FPPC spokesman, once the commission makes a ruling on a default judgment, it is filed with the state Superior Court.
A default case is one where a defendant “failed to timely file a notice of defense.”
After filing with the court, FPPC can start collecting. West said the California Franchise Tax Board could take the money out of future tax returns. Liens on property and wages are other options.
Payne did not appear before the commission and offered no comment to GV Wire.
According to the FPPC, Payne could still file a motion to vacate the decision and ask for a new hearing.
Video of Thursday’s hearing on Payne’s violations can be viewed above.

Without discussion, the commission approved a $9,000 fine against Central Unified trustee Terry Cox. FPPC staff said she failed to file campaign statements in a timely fashion.
Cox made a last-minute appeal via email, saying it was never her intent to not comply with filing requirements.
“I was naïve and unaware of additional reports needed after the campaign,” Cox wrote.
Cox asked that the commission settle for $2,400. They opted not to.
The commission also approved a $6,000 penalty against former Sanger mayor Joshua Mitchell, in a settlement agreed to by both parties. FPPC accused Mitchell of voting to award contracts to companies in which he had a financial interest.
Mitchell resigned as Sanger’s mayor in 2015.
Actions against Cox and Mitchell were approved unanimously as part of the commission’s consent calendar.