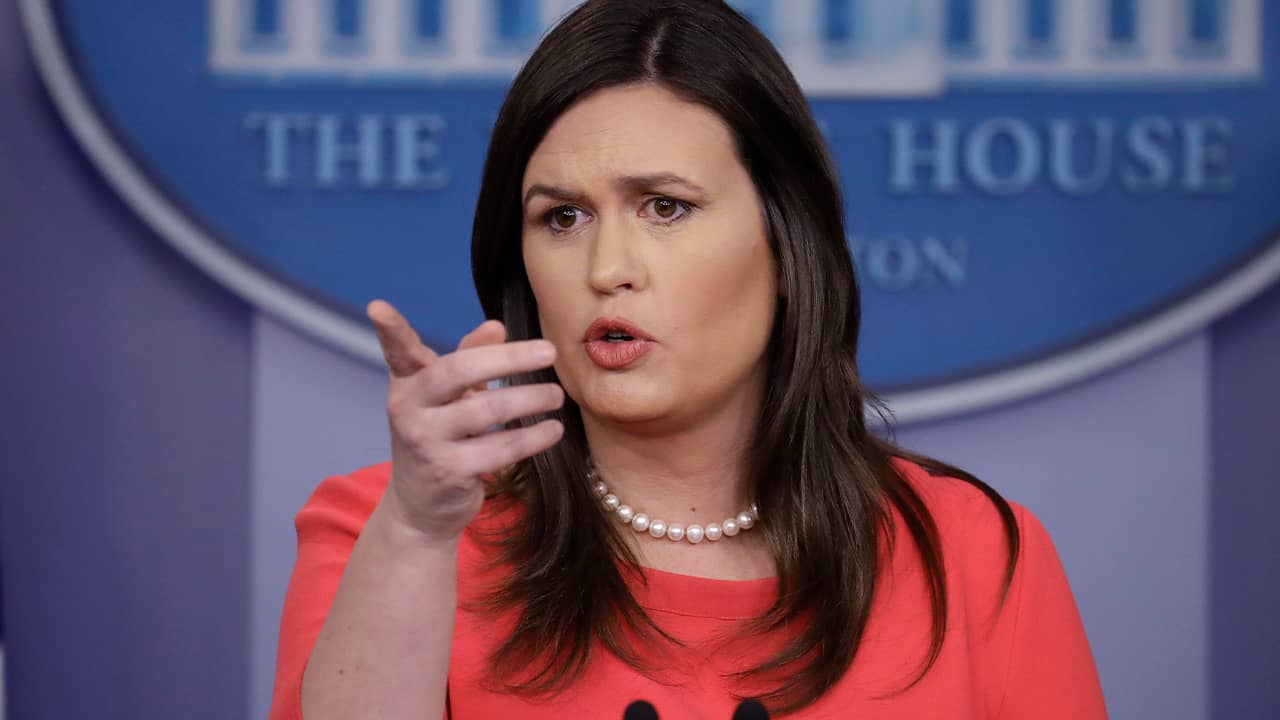 WASHINGTON — White House press secretary Sarah Sanders, whose tenure was marked by a breakdown in regular press briefings and questions about the administration’s credibility, as well as her own, will leave her post at the end of the month, President Donald Trump announced Thursday.

Sanders said serving as press secretary had been “the honor of a lifetime.” She pledged to remain “one of the most outspoken and loyal supporters of the president.”
Under Sanders’ tenure, regular White House press briefings became a relic of the past. She has not held a formal briefing since March 11. Reporters often catch her on the White House driveway after she is interviewed by Fox News Channel or other TV news outlets.
Her credibility also has come under question.
Special counsel Robert Mueller’s Russia report revealed Sanders admitted to investigators she had made an unfounded claim about “countless” FBI agents reaching out to express support for Trump’s decision to fire FBI Director James Comey in May 2017.
Sanders succeeded Sean Spicer, Trump’s first press secretary, in mid-2017.

Rising Waters in Yosemite: So Beautiful, So Dangerous