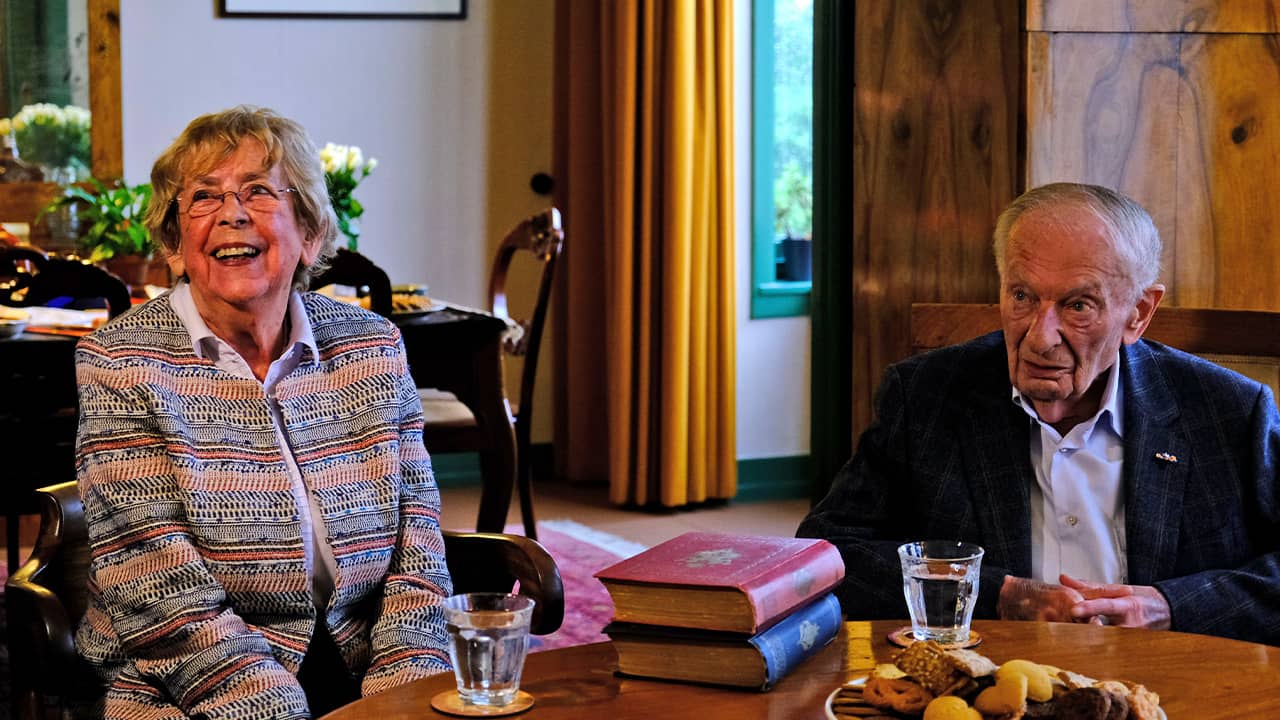 AMSTERDAM — For Jacqueline van Maarsen, attending Anne Frank’s 13th birthday party in 1942 was a welcome distraction from the grim reality of life in Nazi-occupied Amsterdam during World War II.
Enjoying movies and cookies at Anne’s apartment meant “we didn’t think about it at that moment,” the 90-year-old Van Maarsen said Wednesday as she and another of Anne’s friends met students from Amsterdam schools at an event to mark what would have been Anne’s 90th birthday.
The 13th birthday party was a fleeting relief for children already suffering from discriminatory, anti-Jewish regulations and forced to wear Star of David patches on their clothes.
Just three weeks later, Anne and her family fled into hiding in the secret annex behind a canal-side house that was made famous in her diary. Less than three years after that, exhausted and suffering from typhus, Anne died with her sister in the Bergen-Belsen Nazi concentration camp in February 1945.
Wednesday’s meeting was at the Frank family’s former apartment in southern Amsterdam, where they lived before going into hiding.

Anne’s Book Was Published in Dozens of Countries

They hid in the annex for just over two years before being arrested and deported to Nazi-run concentration camps. Anne’s father Otto, the only member of the family to survive the war, later published her diaries. The book went on to be published in dozens of countries around the world and is regarded as one of the most important works of the 20th century. Jacqueline van Maarsen, center left, and Albert Gomes de Mesquita, center right, school friends of Anne Frank, with students from the International School of Amsterdam during an event Wednesday to mark what would have been Anne Frank’s 90th birthday. (AP Photo/Michael C. Corder)

Squeezed into the living room of the apartment, which has been painstakingly restored so it looks like it would have when the Frank’s lived there, the students listened intently and peppered Van Maarsen and Gomes de Mesquita with questions.