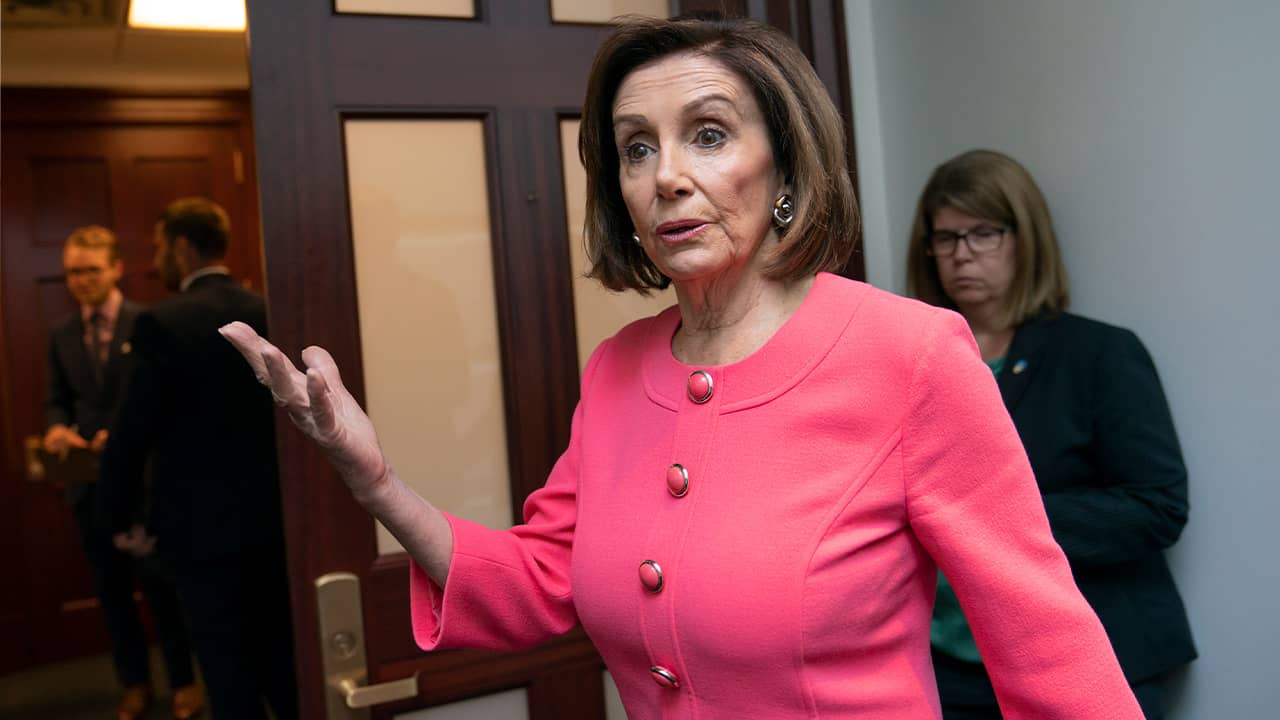 WASHINGTON — Democrats are pushing a resolution through the House Tuesday that would make it easier to sue President Donald Trump’s administration and potential witnesses, paving the way for legal action against those who defy subpoenas in Congress’ Russia probe and other investigations.

It’s Unclear How Quickly Democrats Will Go to Court

She also continued to brush back questions about impeaching Trump, saying “it’s not even close” to having enough support among House Democrats for a vote. While several dozen Democrats have called to begin the process with an impeachment inquiry, the majority of Pelosi’s caucus has stood behind her.
It’s unclear how quickly Democrats will go to court once the resolution is approved. House Judiciary Committee Chairman Jerrold Nadler signaled Monday they will hold off on suing Barr after the panel struck a deal with the Justice Department to receive some underlying materials from Mueller’s report. Nadler said the administration will provide some of Mueller’s “most important files” and all members of the committee will be able to view them.
Easing tensions with Barr, at least for now, Nadler said the panel will not vote to hold the attorney general in criminal contempt. But with Tuesday’s vote to authorize civil legal action, Democrats made clear that they are still willing to go to court if necessary to obtain Mueller’s full report and the underlying evidence.

A court case could come more quickly for McGahn, who has defied subpoenas for documents and testimony at the behest of the White House.
Democrats are ramping up action related to Mueller’s probe into Russia election meddling as they try to focus more public attention on the report, released in redacted form in April. Mueller wrote that there was not enough evidence to establish that there was a conspiracy between Trump’s 2016 campaign and Russia, but he also said he could not exonerate Trump on obstruction of justice. The report examined several episodes in which Trump attempted to influence Mueller’s probe.

Republicans Criticize the Hearings as Waste of Time

On Monday, the Judiciary panel heard testimony from John Dean, a White House counsel under Richard Nixon who helped bring down his presidency. Dean testified that Mueller has provided Congress with a “road map” for investigating Trump.


“The chairman wants to talk about anything that might sway opinion against the president before the 2020 election. That’s why these proceedings are moving so slowly: Robert Mueller closed up shop a little too early in the election cycle.” — Rep. Doug Collins, the top Republican on the Judiciary panel
He said he saw parallels between Mueller’s findings regarding Trump and those of congressional investigators looking into Nixon’s administration decades ago. Dean pointed to the way the presidents used their pardon power in an attempt to influence witness testimony, and their efforts to seize control of the investigation and direct the efforts of prosecutors.
Trump, apparently watching the televised hearing, tweeted, “Can’t believe they are bringing in John Dean, the disgraced Nixon White House Counsel.” He added his oft-repeated claim, “No Collusion – No Obstruction!”

The focus on Mueller will continue Wednesday, when the House Intelligence Committee is scheduled to review the counterintelligence implications of Russia’s election interference, as detailed in Mueller’s report.
Republicans have criticized the hearings as a waste of time and have called for Democrats to move on.
“The chairman wants to talk about anything that might sway opinion against the president before the 2020 election,” Georgia Rep. Doug Collins, the top Republican on the Judiciary panel, said at Monday’s hearing. “That’s why these proceedings are moving so slowly: Robert Mueller closed up shop a little too early in the election cycle.”
Related Topics:Attorney General William BarrDemocratsinvestigationsPresident Donald TrumpRobert Mueller's reportRussia probesubpoenas
Up Next

Biden Attacks Trump on Trade as Both Come to Iowa