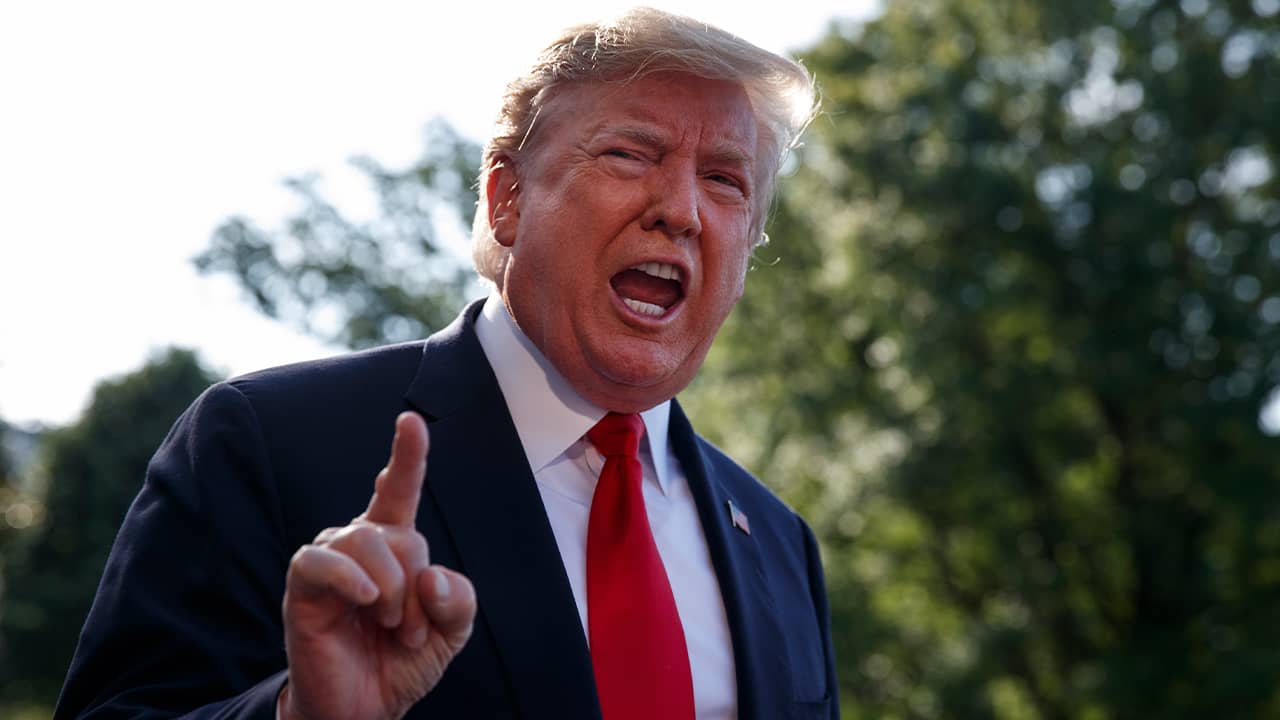 STERLING, Va. — Stung by criticism that his deal to avert threatened Mexican tariffs mostly ramps up existing efforts, President Donald Trump is insisting there’s more to it than meets the eye.

Mexico, however, has long opposed the safe country idea and Mexican Foreign Minister Marcelo Ebrard said on Friday after a deal was reached that Mexico had resisted. The U.S. “proposed in the first meeting that we have a third safe state, which is not the case, which is very important,” he told reporters.
The tweets came amid questions about just how much of the deal — announced with great fanfare Friday — was really new.
It included a commitment from Mexico, for instance, to deploy its new National Guard to the country’s southern border with Guatemala. Mexico, however, had already intended to do that before Trump’s latest threat and had made that clear to U.S. officials. Mexican officials have described their commitment as an accelerated deployment.
The U.S. also hailed Mexico’s agreement to embrace the expansion of a program implemented earlier this year under which some asylum-seekers are returned to Mexico as they wait out their cases. But U.S. officials had already been working to expand the program, which has already led to the return of about 10,000 to Mexico, without Mexico’s public embrace.
“The president has completely overblown what he reports to have achieved. These are agreements that Mexico had already made, in some cases months ago,” said Democratic presidential candidate Beto O’Rourke, speaking on ABC’s “This Week.” ”They might have accelerated the timetable, but by and large the president achieved nothing except to jeopardize the most important trading relationship that the United States of America has.”


Prospect of Renewing His Tariff Threat

Trump has pushed back on that criticism, defending the deal and his threat to slap a 5% tax on all Mexican goods Monday to pressure the country to do more to stem the flow of Central American migrants across the U.S. southern border. Without the threat, he has insisted, Mexico never would have acted.
“We have been trying to get some of these Border Actions for a long time, as have other administrations, but were not able to get them, or get them in full, until our signed agreement with Mexico,” he tweeted Sunday, adding during a call-in interview with CNBC Monday morning that officials had “talked about it for months and months and months,” but couldn’t reach agreement until the threat.
Acting Homeland Security Secretary Kevin McAleenan, speaking on “Fox News Sunday” also insisted “all of it is new,” including the agreement to dispatch around 6,000 National Guard troops — a move Mexico has described as an “acceleration.”

“This is the first time we’ve heard anything like this kind of number of law enforcement being deployed in Mexico to address migration, not just at the southern border but also on the transportation routes to the northern border and in coordinated patrols in key areas along our southwest border,” he said, adding that “people can disagree with the tactics” but that “Mexico came to the table with real proposals” that will be effective, if implemented.
Trump also has dangled the prospect of renewing his tariff threat if the U.S. ally doesn’t cooperate to his liking.

Committed to Cooperating With the U.S.

“There is now going to be great cooperation between Mexico & the USA, something that didn’t exist for decades,” he tweeted Sunday.

Where Are They Now? Key Players in O.J. Simpson Murder Trial