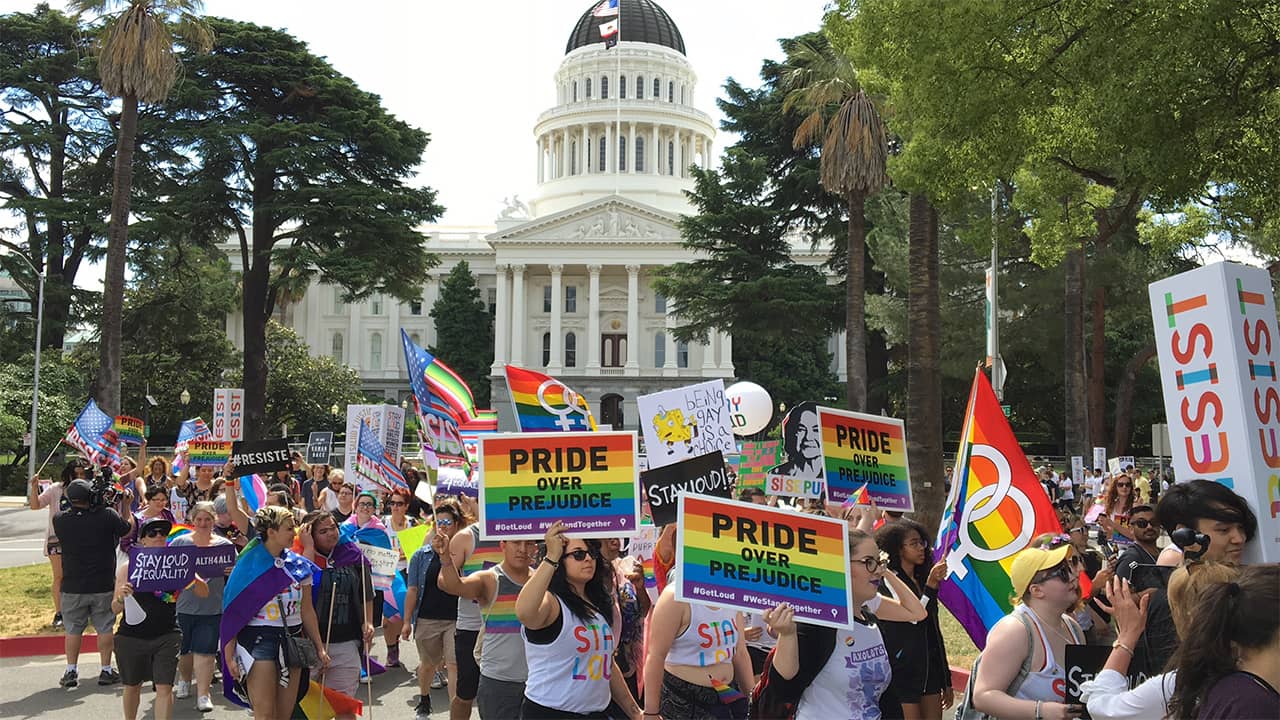 Organizers of the Sacramento Pride Festival again have banned police in uniform, saying their presence may make others feel uncomfortable, CBS 13 reports.
“I take a lot of pride in who I am and being on the police department and representing the Sacramento Police and representing our community,” said Sacramento police officer Jeff Kuhlmann.
The event begins Saturday at the Capitol Mall.


“By having us in uniform it can show, that this is who we are, people can come up to us and talk to us. But if we’re in civilian clothes or polo shirts, that’s not who we are.” — Sacramento police officer Jeff Kuhlmann

Openly gay, Kuhlmann says he has worked hard to dispel rumors and myths among his fellow police officers after his hiring in 2005.
Kuhlman questions why he can’t take participate in an event commemorating the 50th anniversary of Stonewall.
In June of 1969, police raided the Stonewall Inn, a gay club in New York’s Greenwich Village. During the mass arrest, confused patrons were rounded up. Many complained their rights were violated and the widespread outrage ignited two days of rioting.

Sacramento Pride Festival organizers say many in the LGBT community still distrust police and having uniformed officers in the parade would re-open old wounds. This is the second straight year that uniformed officers have been banned from the PRIDE parade.
Organizers have suggested that police officers wear casual clothes or polo shirts instead.

To honor the pain and marginalization of community members who have been harmed by police violence, we have asked Sacramento Police not to participate in uniform for the 50th anniversary of Stonewall.https://t.co/xp7wuh9EG5 pic.twitter.com/fRh4wqFp0I

Kuhlmann counters that this compromise falls well short of what inclusion looks like.
“By having us in uniform it can show, that this is who we are, people can come up to us and talk to us,” said Kuhlmann. “But if we’re in civilian clothes or polo shirts, that’s not who we are.”
In a statement emailed to The Sacramento Bee, the police department said, “Our police department is disappointed that the LGBT Center does not want our officers attending upcoming public community events while in uniform. We support our LGBTQ officers who proudly serve our community on a daily basis. They have worked hard to earn these uniforms and are proud to wear them.”

California Has Housing Crisis, Legislature Has No Fix Yet