According to MSNBC, viewers can expect Buttigieg to face questions on the economy, impeachment, war and peace, and the historic nature of his candidacy as the first openly gay presidential candidate.

In advance of the town hall, Matthews traveled to South Bend, Indiana, for a one-on-one interview with Buttigieg and a tour of the city where the presidential candidate grew up and is the mayor.

In the video above, Buttigieg answers questions about his record, the 2020 Democratic field, and President Donald Trump’s foreign policy. During Monday’s town hall broadcast, additional clips from the interview will air.

MSNBC recently announced several special events and town halls on the road to Miami for the first Democratic debate hosted by NBC News, MSNBC and Telemundo on June 26-27.

These include “The Deciders,” a live 2020 election forum moderated by Matthews in Luzerne County, Pennsylvania, and town halls with Sen. Kirsten Gillibrand in Michigan and Sen. Kamala Harris in South Carolina.

Before becoming mayor of South Bend, the 37-year-old Buttigieg served six years as an intelligence officer in the Navy Reserves. He spent six months in Afghanistan.

Two other Democratic presidential candidates, Rep. Tulsi Gabbard of Hawaii and Rep. Seth Moulton of Massachusetts, are also veterans of the post-9-11 wars.

About his time in Afghanistan, Buttigieg told CNN: “Look, it’s not like I killed (Osama) Bin Laden, right? I don’t want to overstate what my role was, but it certainly is something that was dangerous.” 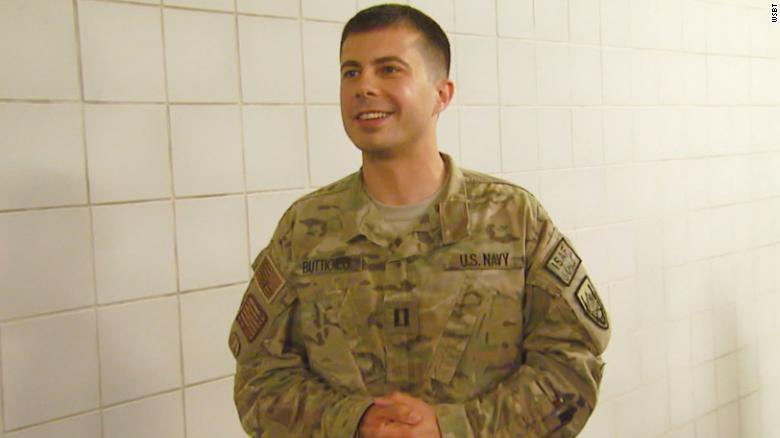