Saudi Arabia Asks Nations to Respond to Iran With 'Firmness' 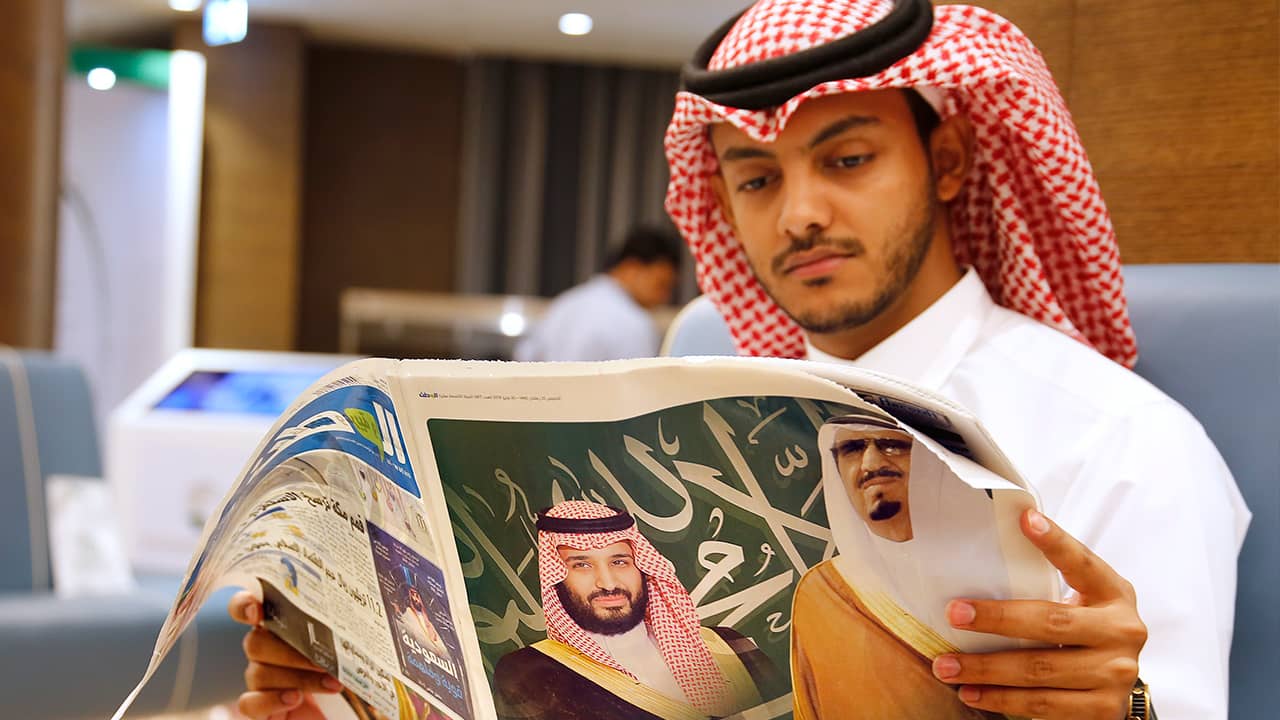 JIDDAH, Saudi Arabia — Saudi Arabia’s foreign minister Thursday urged Muslim nations to confront with “all means of force and firmness” recent attacks in the Persian Gulf that U.S. and some Arab officials have blamed on Iran.

Ibrahim al-Assaf made the comments at a preparatory meeting of foreign ministers of the 57-nation Organization of Islamic Cooperation, or OIC, ahead of a trio of summits in the kingdom’s holy city of Mecca.

Saudi Arabia hastily called for the meetings in response to the spike in tensions with its key rival, Iran. That King Salman could quickly bring regional leaders and heads of state to Mecca so rapidly reflects the kingdom’s weight in the region and its desire to project a unified position on Iran.

The summits coincide with the final days of the Muslim holy month of Ramadan, a time of intense worship when Muslims believe the Quran was first revealed to the Prophet Muhammad some 1,400 years ago.

Saudi Arabia will seek to use to the optics of the Mecca gatherings to send a clear and powerful message to Iran, which itself is also a member of the OIC.

Related Story: Iran’s Guard Talks Tough, Says It Has No Fear of War With US

In his opening remarks, al-Assaf said the alleged sabotage of oil tankers off the coast of the United Arab Emirates and a drone attack on a Saudi oil pipeline by Yemen’s Iranian-backed Houthi rebels in recent weeks threaten the global economy and endanger regional and international security.

“We should confront it with all means of force and firmness,” he said.

Iran Denies Being Involved in Attacks

Upon their arrival at the airport, each leader was shown Houthi military items, such as a destroyed drone, missiles and mortar shells used in the conflict with the Saudis. The leaders were given a brief explanation of the weapons on display by Col. Turki al-Maliki, spokesman for the Saudi-led coalition at war in Yemen.

The crisis has root in the Trump administration’s decision to withdraw last year from Iran’s nuclear deal with world powers.

An Iranian official was at the OIC meeting where al-Assaf spoke Thursday, but Iranian Foreign Minister Mohammad Javad Zarif did not attend.

Iran denies being involved in the attacks, which come amid heightened tensions between Tehran and the U.S. The crisis has root in the Trump administration’s decision to withdraw last year from Iran’s nuclear deal with world powers.

The first of the three summits will start with a meeting of the six-nation Gulf Cooperation Council on Thursday evening.

Qatar’s Prime Minister Sheikh Abdullah bin Nasser Al Thani was expected to attend, making it the highest-level visit to Saudi Arabia by a Qatari official since 2017, when the kingdom and three other Arab states cut off ties with the tiny energy-rich Gulf state over its foreign policies.

The GCC meeting will be immediately followed with an emergency summit of the 22-nation Arab League, minus Syria whose membership remains suspended.

The third and final summit, on Friday, is expected to focus largely on Palestinian statehood and independence. It will bring together leaders from the 57-nation OIC, which is headquartered in Saudi Arabia.

In his remarks, al-Assaf reiterated Saudi Arabia’s longstanding position on the two-state solution to the Israel-Palestinian conflict. His comments come as the White House tries to sell its Mideast plan to Arab leaders ahead of a conference in Bahrain next month that the Palestinian leadership is boycotting.

It marks the first international conference for Burhan since the ouster of longtime leader Omar al-Bashir from power in April.

Also participating is Turkish Foreign Minister Mevlut Cavusoglu, whose country has uneasy ties with Saudi Arabia, particularly after the killing of Saudi writer Jamal Khashoggi in the Saudi Consulate in Istanbul last year.

Al-Assaf’s comments on Iran appeared to mirror remarks made by President Donald Trump’s national security adviser, John Bolton, who warned Iran on Wednesday that any attacks in the Persian Gulf will draw a “very strong response” from the U.S.

Speaking to journalists in the UAE, Bolton said there had been a previously unknown attempt to attack the Saudi oil port of Yanbu as well, which he also blamed on Iran.

Referring to U.S. deployments of an aircraft carrier and B-52 bombers to the Persian Gulf, Bolton said: “The point is to make it very clear to Iran and its surrogates that these kinds of action risk a very strong response from the United States.”

Unclear How Many Troops Would Be Sent

For years before becoming national security adviser, Bolton called for overthrowing Iran’s government in interviews and in paid speaking engagements before an Iranian exile group.

Meanwhile, Trump said this week the U.S. wasn’t “looking to hurt Iran at all.” During a visit to Tokyo this week, Trump appeared to welcome negotiations with Iran.

“We’re not looking for regime change — I just want to make that clear. We’re looking for no nuclear weapons.” — President Donald Trump

“We’re not looking for regime change — I just want to make that clear,” Trump said. “We’re looking for no nuclear weapons.”

Also on Wednesday, acting U.S. Defense Secretary Patrick Shanahan said some 900 troops would be deployed to Qatar and Saudi Arabia to reinforce the tens of thousands already in the Middle East. Another 600 have had their deployment in the region extended.

“The Iranian threat to our forces in the region remains,” Shanahan said.

It’s unclear how many of those troops would be sent to Saudi Arabia. Sending a large number of troops to Saudi Arabia could potentially spark a backlash from Muslims around the world because the country is also home to Islam’s two holiest sites in Mecca and Medina.

The late King Abdullah refused to allow U.S. bases in Saudi Arabia for the Iraq invasion in 2003, though he permitted them during the first Gulf War in 1991.