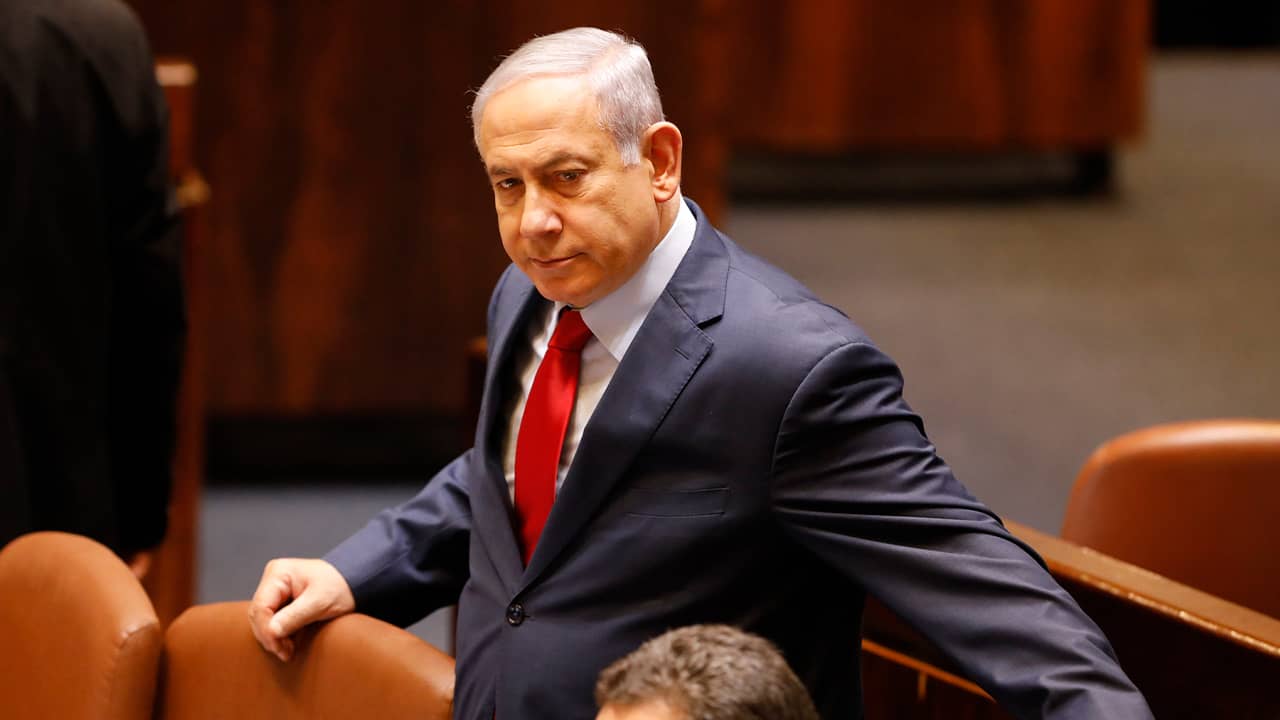 JERUSALEM — Israel embarked Thursday on an unprecedented snap election campaign — the second this year — after Prime Minister Benjamin Netanyahu failed to form a governing coalition and instead dissolved parliament.

In what seemed an improbable scenario just days ago, Israel’s newly elected Knesset dissolved itself in an early morning 74-45 vote and set a new election date for Sept. 17.

The parliament’s disbanding comes just a month after it was sworn in and sets the stage for a second election in the same year — a first in Israeli history.

The developments were a shocking setback for Netanyahu, who had appeared to secure a comfortable win in last month’s election. But he was unable to build a parliamentary majority because his traditional ally, Avigdor Lieberman, refused to bring his Yisrael Beiteinu faction into the coalition.

Netanyahu’s Likud party excoriated Lieberman, accusing him of betraying voters, abandoning his right-wing ideology and selfishly carrying out a personal vendetta against his former patron Netanyahu.

Lieberman, a former top aide to Netanyahu who for two decades has alternated between a close alliance and bitter rivalry with his former boss, delivered his own rebuke Thursday. A former defense minister and foreign minister under Netanyahu, he appeared to break with him for good by alleging that Likud Party members were blind Netanyahu followers who needed professional help.

A Separate Issue That Sparked an Extraordinary Crisis

“This has nothing to do with ‘the right’,” Lieberman, a West Bank settler, said at a press conference. “This is about a cult of personality and not any political ideology.”

Netanyahu, who has led Israel for the past decade, now faces another challenge to his lengthy rule. It comes as he prepares for a pre-indictment hearing before criminal charges are expected to be filed against him in a series of corruption cases.

“This has nothing to do with ‘the right.’ This is about a cult of personality and not any political ideology.” — Avigdor Lieberman

Assuming they would sweep into power again, Netanyahu’s allies in the ruling Likud had already begun drafting a contentious bill aimed at granting him immunity from the various corruption charges awaiting him. He was also looking to push legislation limiting the power of Israel’s Supreme Court and paving his path to several more years in office.

But it was a separate issue that sparked the extraordinary crisis, and for the first time ever thrust Israel into a repeat election before a new government was even formed.

Lieberman — a veteran nationalist and a secular politician — demanded that current legislation mandating that young ultra-Orthodox men be drafted into the military run its course.

Years of exemptions for ultra-Orthodox men have generated widespread resentment among the rest of Jewish Israelis who serve. The ultra-Orthodox, backed by Netanyahu, refused to bend and the showdown quickly devolved into a full-blown crisis that imploded the perspective government.

“The public chose me, and Lieberman, unfortunately, deceived his voters. From the beginning he had no intention to do what he said,” Netanyahu said after the vote, accusing Lieberman of aligning with “the left.”

“He made one demand after another and every time his demand was met, he raised another one. [Lieberman] clearly wanted to topple the government for his own personal reasons.” — Prime Minister Benjamin Netanyahu

“He made one demand after another and every time his demand was met, he raised another one,” Netanyahu also said, adding that Lieberman “clearly wanted to topple the government for his own personal reasons.”

Lieberman called the accusations ridiculous and retorted that the new election was indeed unfortunate but a result of Netanyahu caving in to the ultra-Orthodox.

“This is a complete surrender of Likud to the ultra-Orthodox,” he said.

Though a staunch hard-liner who has drawn accusations of racism, Lieberman also champions a secular agenda aimed toward his core political base of immigrants from the former Soviet Union. He has pledged to confront efforts of ultra-Orthodox parties to impose their lifestyle on the country’s secular majority, earning him some centrist support as well.

In contrast to Netanyahu’s deal-making pragmatism, Lieberman has earned a reputation as a maverick willing to break from his traditional ideological bloc. This time, both dug in and refused to budge.

Another Shot at Toppling Longtime Leader

“Israel has known many political crises in its 71 years. It has also known some dirty and even dirtier political tricks, corrupt and even more corrupt political bribery offers,” wrote Nahum Barnea, a columnist with Yediot Ahronot. “What we saw last night in the Knesset was a new page in the process of the decline of Israeli democracy.”

The new election gives the anti-Netanyahu forces in Israel, led by Blue and White leader Benny Gantz, another shot at toppling the longtime leader. It also complicates Netanyahu’s efforts to pass the proposed bills to protect himself from prosecution.

Even if Netanyahu wins the election, it is unlikely he will be able to form a government and lock down the required political support for an immunity deal before an expected indictment. That would force him to stand trial, and in turn put heavy pressure on him to step aside. No one in Likud has yet challenged him publicly.

The political uncertainty could also spell trouble for the White House’s Mideast peace efforts. The U.S. has scheduled a conference next month in Bahrain to unveil what it says is the first phase of its peace plan, an initiative aimed at drawing investment into the Palestinian territories.

The Trump administration had vowed to unveil its plan after the Israeli election and it’s unclear how the current political shakeup will affect that rollout.

Facebook Isn’t Deleting the Fake Pelosi Video. Should It?