Fresno area residents will have a second opportunity to see Democratic presidential candidate Pete Buttigieg up close on Monday, June 3.

While all the tickets for Buttigieg’s town hall with MSNBC’s Chris Matthews at Fresno State were quickly claimed, a meet-and-greet with the mayor of South Bend, Indiana, is now scheduled earlier in the day.

The Fresno County Democratic Party announced on social media Wednesday that Buttigieg will be at Tuolumne Hall in downtown Fresno 11 a.m.-12:30 p.m. before his town hall broadcast.

Mike Evans, the Fresno County Democratic Party chair, said tickets aren’t needed for the meet-and-greet. Tuolumne Hall has a capacity of about 200. If an overflow crowd turns out, Evans said, arrangements will be made so that everyone gets to hear and meet Buttigieg. 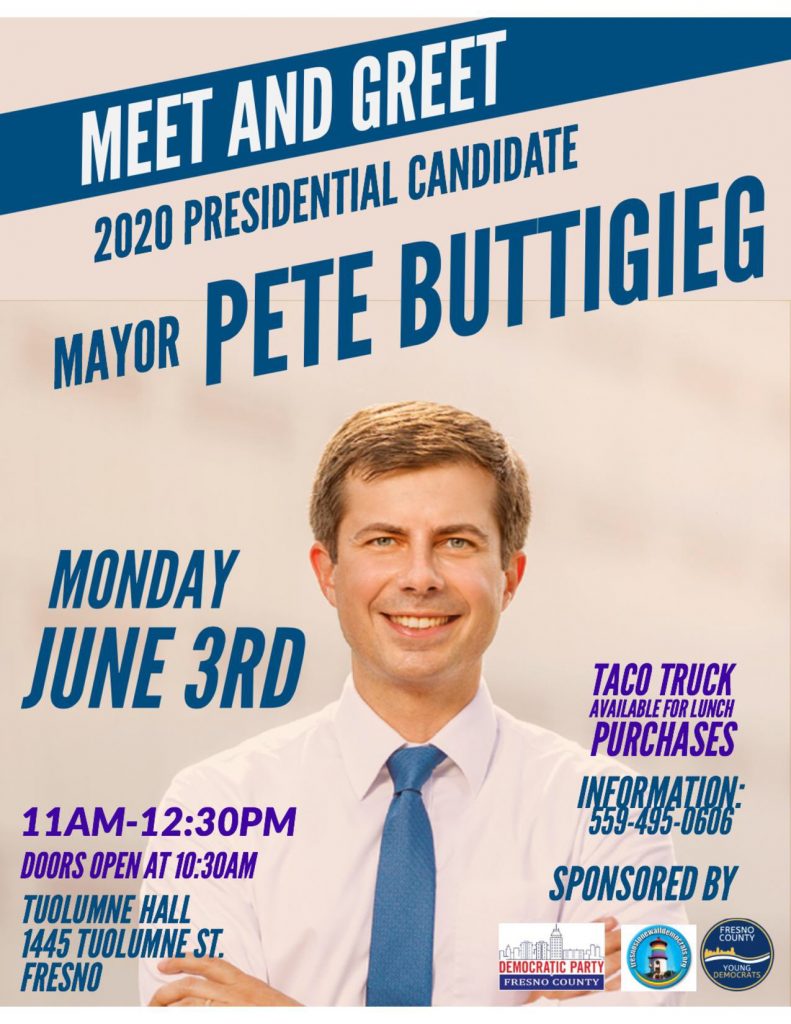 “Pete leads with a set of values that creates a very joyful and disciplined community for the campaign staff, volunteers, and supporters,” Mike Schmuhl, his campaign manager, said in an email to supporters.

Said Buttigieg: We will lay aside the superficial in favor of the meaningful. We embrace complicated challenges, and will work to improve the overall dialogue in how campaigns talk about policy.”

You can read about where Buttigieg stands on the issues at this link.

Could more presidential contenders make their way to the Valley? 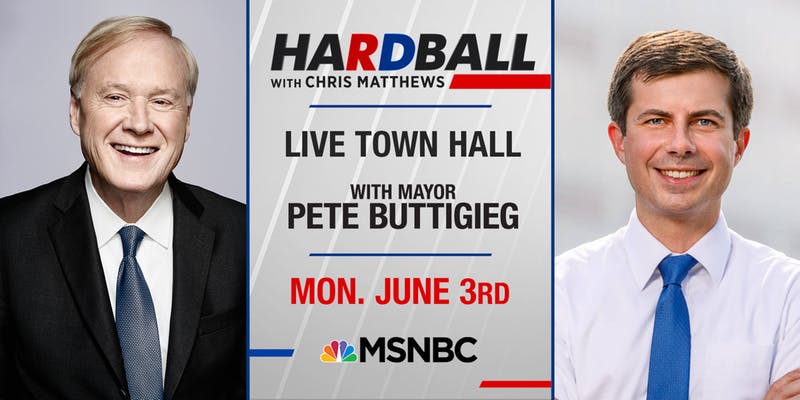 Details about the Fresno State event are available at this link.