RIP, Bill Manders. He Took on Everyone From Liberals to Nunes. 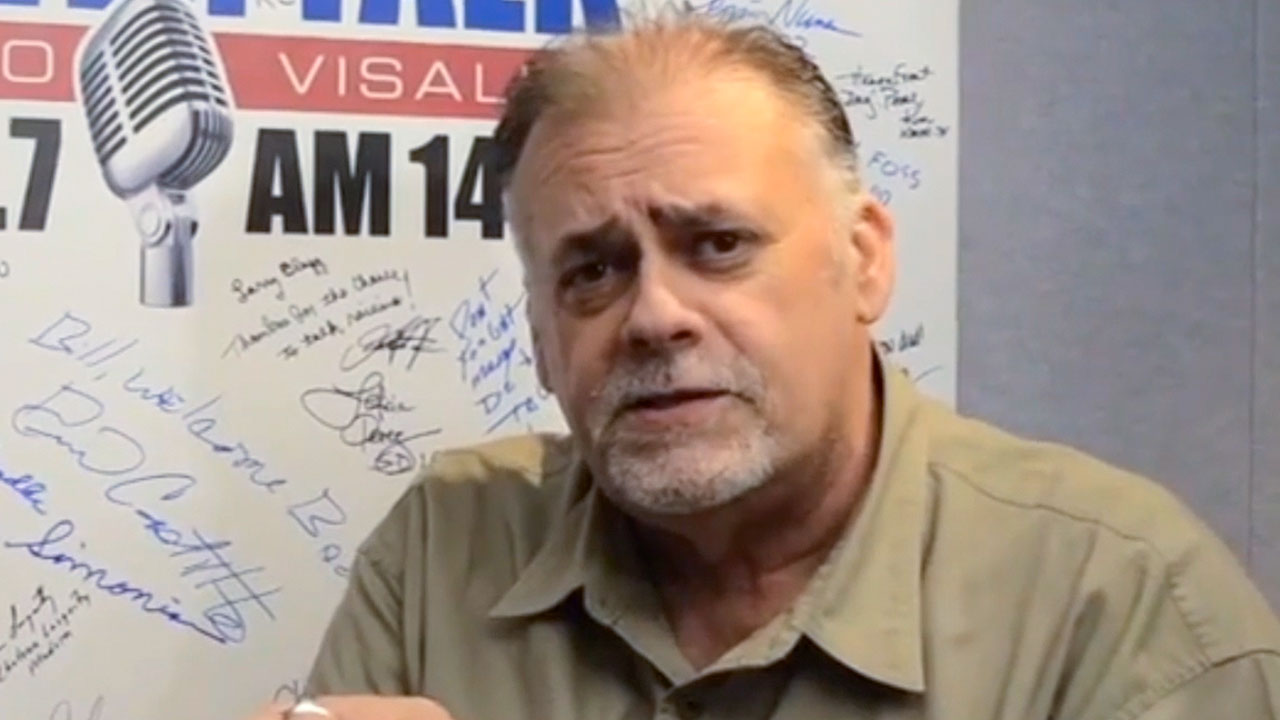 Bill Manders held to his conservative ideals on the airwaves while holding our public officials accountable.

Off the air, he valued his family most.

The talk radio host, whose resume reads like an American atlas, passed away Monday (May 27). He was 68.

Born in Detroit and raised in southern California, Bill worked in Bakersfield, in the early 2000s at KMJ in Fresno, and then in Reno (KOH 780) before returning to Fresno.

I produced Bill’s show when he returned to the Fresno airwaves at Power Talk 96.7. That station flipped formats in January 2013, from easy listening to hard-core talk. The station hired Bill to anchor its local afternoon-drive time slot.

I first met him about a week or so before we went on the air. He looked like a giant teddy bear. A big man, with gruff voice — perfect for radio.

Admittedly, I wasn’t familiar with his background. I first met him about a week or so before we went on the air. He looked like a giant teddy bear. A big man, with gruff voice — perfect for radio.

He always wore a University of Nevada pull-over. I begged him to update his wardrobe, at least something with Fresno State on it. In Bill’s typical stubborn nature, he never did.

The middle of the Obama era gave Bill plenty to talk about. An ardent Second Amendment advocate, Bill vociferously complained he couldn’t bring his beloved guns into California from his last radio gig in Nevada.

The liberal state Legislature also stoked his ire, but his on-air and off-air battles with one of the Valley’s most conservative politicians additionally led to must-hear radio.

As his producer, my roles included discussing what he would talk about during the show for the day. He could (and did) rant for hours non-stop about Hillary Clinton, Nancy Pelosi, and Jerry Brown.

We battled over content, what sound cuts to play, what guests to interview. Others in the office wondered whether we hated each other because our arguments were so loud and out in the open.

Nothing could be further from the truth. Most of the time, our debates were just histrionics, for our own entertainment. We often went out to lunch and talked about our families, our careers, and politics once in a while.

Congressman Devin Nunes was no fan of Manders, and Bill didn’t think much of Nunes either. Bill loved freedom and railed against an NSA program that collected meta-data (essentially phone logs, who you called, when and for how long) on American citizens.

Who better to talk about the program than the local congressman who chaired the House Intelligence Committee?

It wasn’t the first time Nunes joined the show as a guest, but it certainly was the last time for a long while.

“Do you believe that NSA is operating in the right way?” Manders asked.

Nunes said he did. Bill, talking over his guest (a habit that drove me nuts as a producer), followed: “spying on Americans? Do you go along with that?”

“I think just about everyone in Washington, D.C,” Manders said.

The next 13 minutes were classic Bill: arguing about American freedoms and values.

I remember an executive at the station exasperatedly reminding Bill that this was a conservative radio station!

Nunes didn’t return to the show until we all met during an off-air meeting talking about whether Bill would treat him fairly.

Bill wouldn’t budge. He told Nunes he would speak the truth.

While Bill didn’t last two years at Power Talk, his return to Fresno was a hidden blessing.

He experienced health problems with his kidneys, which knocked him off the air for weeks at a time. That may have affected his chance to build an audience and challenge the market behemoth, KMJ.

Bill openly spoke about his health challenges on the air.

While Bill didn’t last two years at Power Talk, his return to Fresno was a hidden blessing.

His 17-year old daughter Lexi had committed suicide. But, that tragedy led to five more years of life for Bill.

Lexi’s family donated her kidneys to Bill. It was a perfect match. The surgery proved successful.

“I was in tears when I heard her story, but I would rather concentrate on the plusses in her life.  She was smart, athletic, she has a great family, and I know she’s there looking down on me, so I’ve got to honor her,” Bill told ABC 30 at the time.

When Bill’s active radio career ended, at least he had time for what he really loved — being a grandfather and family man. He semi-retired to Utah to be closer to his daughter and grandkids.

I’ll remember Bill for being that family man. He served as my mentor and was more than kind to my wife and children.

Bill is now at the big radio dial in the sky. Hope he gets to interview his hero, Ronald Reagan.