You think the old-school Republican establishment, which long has ruled the roost in Fresno, got rocked by the 2018 city council results?

Wait until you see what 2020 could bring.

Fresno’s changing demographics should be obvious to everyone: The city is neither a conservative nor a Republican stronghold.

Registered Democrats outnumber Republicans in five of the seven council districts. Even the once reliably red northwest district has turned purple, with Republicans outnumbering Democrats by less than a percentage point. Only the northeast seat held by Garry Bredefeld remains rock-ribbed Republican.

Last November, the changing tide produced a city council with a majority that is Democratic and Latino.

Up ahead in 2020 is an election in which Fresno County debuts the Voter’s Choice Act. In addition, with California hoping to become more relevant in the presidential nomination sweepstakes, the primary moves from June to March.

The goal of the Voter’s Choice Act is to make voting more accessible, thus increasing turnout. The 268 precincts of old will be replaced by 50 community voting centers. Ten of them will open 10 days before the election, and 40 will open three days early.

Every registered voter will receive a ballot by mail, and secured drop boxes throughout the county will accept mail-in ballots. Voters can obtain personalized ballots at any voting center. And each center will offer same-day registration.

Madera County used a similar format last November and the 68% turnout was its highest midterm total in 20 years. 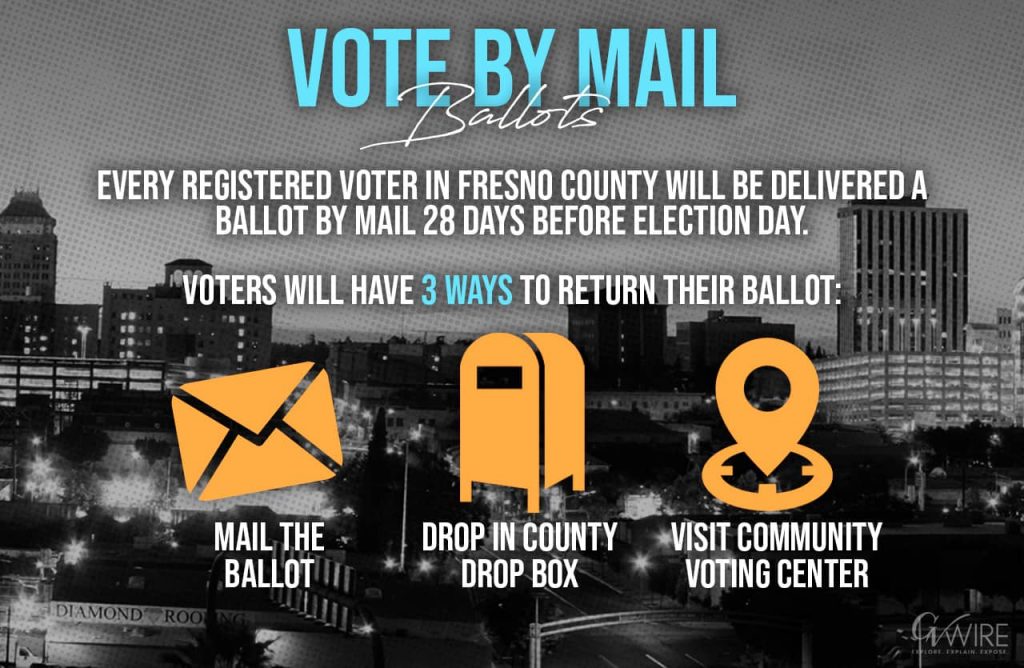 Voter interest will be significantly higher in 2020 because it’s a presidential election. And local Democrats will be eager to have a say in picking their party’s standard-bearer to face President Donald Trump.

Yes, the huge field of Democrats will narrow considerably after the Iowa caucuses and the New Hampshire primary in February. But you have to believe there still will be four or five Democrats with legitimate shots at the presidential nomination when Californians vote March 3.

Why does turnout matter in the Fresno mayoral and city council races?

For decades, Republicans reliably filled out their ballots while many registered Democrats were hit-or-miss voters. In addition, significant numbers of poor people eligible to vote didn’t register. This enabled north Fresno to dominate city politics.

But 2018 offered a window into the future. And, with both Fresno City College and Fresno State likely to host community voting centers in 2020, the number of young voters figures to increase — again favoring Democratic candidates.

All of these factors have campaign consultants reconfiguring the essentials to victory for 2020. In fact, even conservative Democrats — the so-called “Valleycrats” of old in the state Legislature and Congress — may face real challenges from fellow party members who lean further left.

Regardless of whether the next Fresno mayor is Democrat Andrew Janz or Republican Jerry Dyer — or someone else — the road to victory no longer is exclusively north of Shaw Avenue.