With six candidates in the Aug. 13 special election for the vacant northwest Fresno city council seat, the campaign season is on.

Lawrence Garcia welcomed about 50 guests to his fundraiser Thursday at the Elbow Room.

I heard more than one attendee, all veterans of such functions, mention they saw “a new crowd, new faces” at the event.

One old face was Steve Brandau, the former holder of the seat and now a Fresno County supervisor who made this special election necessary.

He said his appearance didn’t constitute an endorsement, which he has not officially made in the council race.

At the event, Garcia pushed his status as a military veteran (the only one in the race, he said) and a business owner (AmeriGuard and others), along with his record on the planning commission.

About the city budget Mayor Lee Brand introduced last week, Garcia said “I like that the mayor is being fiscally responsible. There is no doubt this mayor knows how to run this city as a businessman would.”

Regarding a possible successor to Measure P, a potential sales tax for parks and maybe public safety, Garcia said he is concerned about how the money would be managed.

“I’m not in favor of adding taxes, but when you add the component in that has to do with police and fire, it makes me revisit that issue. It makes me want to look at it closer,” he said. 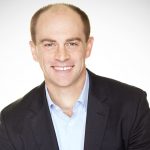 “We’re making progress. I hope we can find a compromise that can go on the ballot in 2020,” Brand said last week.

Gibson said they were meeting with members of the city council.

There’s also been talk among political insiders that Balch may want to return to City Hall — as mayor. He worked under Mayor Ashley Swearengin’s administration before following her to the Central Valley Community Foundation.

When asked, Balch said he may say something soon. 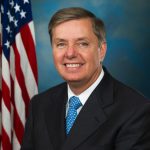 One of President Trump’s most ardent supporters on Capitol Hill will be in Fresno.

Sen. Lindsey Graham (R-South Carolina) will appear in Fresno on Wednesday (May 29), at a morning fundraiser.

The official hosts include John and Carole Harris, Bob and Annette Smittcamp, and Richard and Karen Spencer.

If you want to go, open your checkbook. The get-in-the-door price is $250. Two tickets for a private reception (which includes a photo) is $5,000.

Rezvani to Challenge Nunes for Congress 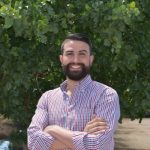 This is Rezvani’s first time delving into politics.

Rezvani, 28, is a Democrat who says the 22nd congressional district needs a new voice.

“I can’t stay complacent anymore,” he said. Rezvani cited attacks against the Latino and Middle Eastern communities. Rezvani is the son of an Iranian immigrant.

Rezvani feels Nunes has been absent.

“He has not been here to listen to the Valley,” Rezvani said.

Rezvani says his fundraising will come “one day at a time.”

The state attorney general’s office says the Central Valley Community Sports Foundation is now in compliance with its tax forms.

On March 20, the AG’s office sent the foundation notice of failure to file the proper IRS forms for 2017.

The foundation risked its nonprofit status if it failed to file the forms within 60 days. According to an updated posting on the AG’s website, CVCSF was in compliance as of May 23.

The foundation, which operates Granite Park in a deal with the city of Fresno, has been a target of critics for its bookkeeping. A city audit last year found dozens of accounting irregularities, but nothing illegal.

The foundation is operated by Fresno developer Terance Frazier. And, until earlier this year, Congressman TJ Cox sat on its corporate board.

Congressman Devin Nunes signed a discharge petition on Monday (May 20), attempting to force the Democratically-controlled House of Representatives to consider a resolution that would prevent the government from doing business with companies that boycott Israel.

A discharge petition would force the House to consider the bill on the floor, an end-around from the usual bureaucracy. Through Friday (May 24), it has 195 signatures, all Republicans. It needs a majority, or 218.

The Senate has approved a similar bill with bipartisan support.