US Beefing up Forces in Middle East to Counter Iran 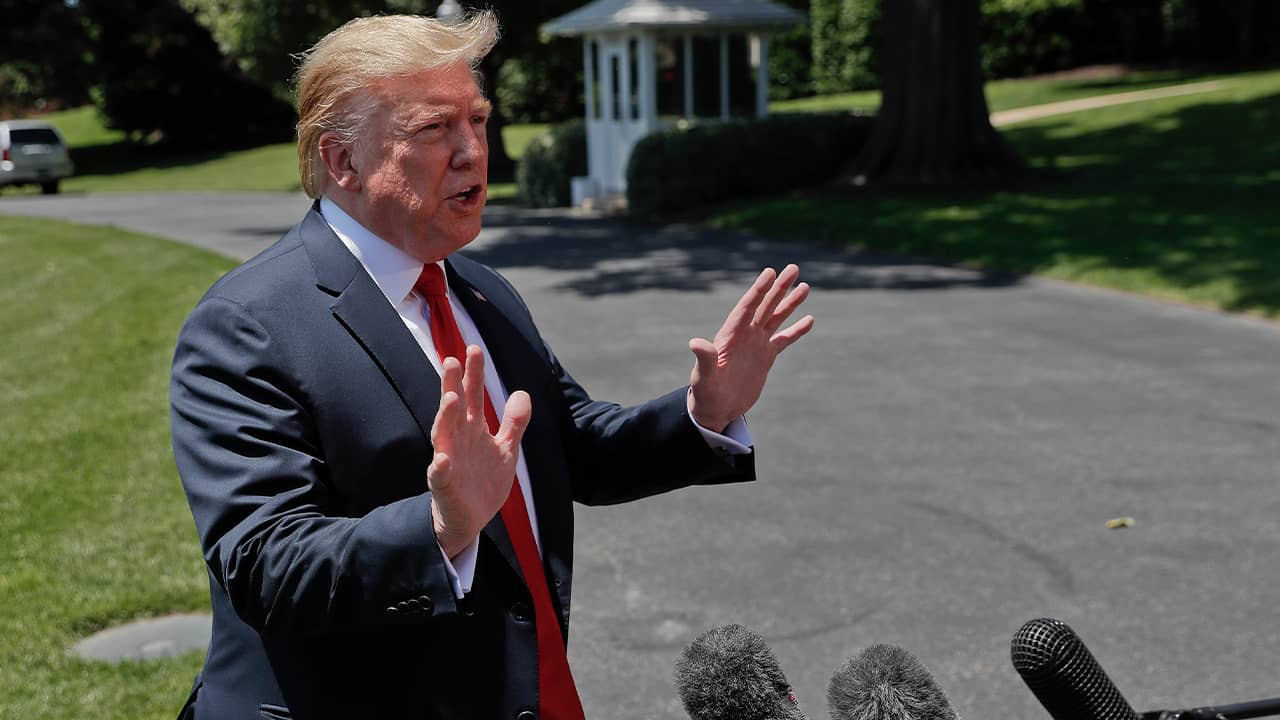 Share with friends
WASHINGTON — The U.S. will send hundreds of additional troops and a dozen fighter jets to the Middle East in the coming weeks to counter what the Pentagon said is an escalating campaign by Iran to plan attacks against the U.S. and its interests in the region. And for the first time, Pentagon officials on Friday publicly blamed Iran and its proxies for recent tanker bombings near United Arab Emirates and a rocket attack in Iraq.
“We are going to be sending a relatively small number of troops, mostly protective. Some very talented people are going to the Middle East right now and we’ll see what happens.” — President Donald Trump

President Donald Trump told reporters Friday that the 1,500 troops would have a “mostly protective” role as part of a build-up that began this month in response to what the U.S said was a threat from Iran, without providing details or evidence.

Vice Admiral Michael Gilday told Pentagon reporters that the U.S. has “very high confidence” that Iran’s Revolutionary Guard was responsible for the explosions on four tankers, and that Iranian proxies in Iraq fired rockets into Baghdad. He said Iran also tried to deploy modified small boats that were capable of launching cruise missiles.

The deployments announced Friday include a squadron of 12 fighter jets, manned and unmanned surveillance aircraft, and a number of military engineers to beef up protection for forces. In addition a battalion of four Patriot missile batteries that were scheduled to leave the Middle East has been ordered to stay. The total number of troops involved is about 1,500, with roughly 600 included in the Patriot battalion.

“We are going to be sending a relatively small number of troops, mostly protective,” the president said at the White House before setting off on a trip to Japan. “Some very talented people are going to the Middle East right now and we’ll see what happens.”

Trump has in recent weeks alternated between tough talk toward Iran and a more conciliatory message, insisting he is open to negotiations with the Islamic Republic. He seemed to downplay the prospect of conflict when he spoke at the White House.

Attacks Were Attributed Directly to the Revolutionary Guard

“Right now, I don’t think Iran wants to fight and I certainly don’t think they want to fight with us,” he said.

Briefing reporters at the Pentagon, Gilday, the Joint Staff director, did not provide direct evidence to back up claims tying Iran to the attacks. He told reporters the conclusions were based on intelligence and evidence gathered in the region, and officials said they are trying to declassify some of the information so that it could be made public.

“This is truly operations driven by intelligence,” Gilday said, adding that the U.S. continues to see intelligence suggesting that Iran is actively planning attacks against the U.S. and partners in the region by the Revolutionary Guard and Iranian proxies in Yemen and Iraq.

When pressed for proof of Iran’s involvement, he said the mines used in the tanker attacks were attributed directly to the Revolutionary Guard.

“I’m not reverse engineering this,” he said. “The Iranians have said publicly they were going to do things. We learn more through intelligence reporting. They have acted upon those threats and they’ve actually attacked.”

The announcement of additional forces was met with mixed reviews.

“Leaders from both sides of the aisle have called for de-escalation. At first blush, this move does not fit the bill,” Smith said in a statement Friday. “Without a clearly articulated strategy, adding more personnel and mission systems seems unwise, and appears to be a blatant and heavy-handed move to further escalate tensions with Iran.”

The senior Republican on the committee, Mac Thornberry of Texas, called it “a prudent step to protect our forces and deter Iran,” and said requests from commanders should “never be subject to a partisan debate.”

The administration notified Congress earlier in the day about the troop plans.

The U.S. has about 70,000 troops across the Middle East, including at a major Navy base in Bahrain and an Air Force base and operations center in Qatar. There are about 5,200 troops in Iraq and 2,000 in Syria.

Gilday and Katie Wheelbarger, the acting assistant defense secretary for international affairs, said the mission is strictly defensive, and is not designed to provoke Iran into carrying out additional attacks. They said the Pentagon will continue to evaluate the number of troops in the region in case more are needed later.

Earlier this week, officials said military planners had outlined options that could have sent up to 10,000 military reinforcements to the region. Acting Defense Secretary Patrick Shanahan later said planners hadn’t settled on a figure.

The U.S. has about 70,000 troops across the Middle East, including at a major Navy base in Bahrain and an Air Force base and operations center in Qatar. There are about 5,200 troops in Iraq and 2,000 in Syria.

Earlier this month, the U.S. sent thousands more into the region around Iran, including an aircraft carrier strike group, four bomber aircraft and fighter jets.

Tension had been rising with Iran for more than a year. The Trump administration withdrew last year from the 2015 nuclear deal between the Islamic Republic and world powers and reinstated American sanctions that have badly damaged the Iranian economy.

The president has argued that the nuclear deal failed to sufficiently curb Iran’s ability to develop nuclear weapons or halt its support for militias throughout the Middle East that the U.S. argues destabilize the region.