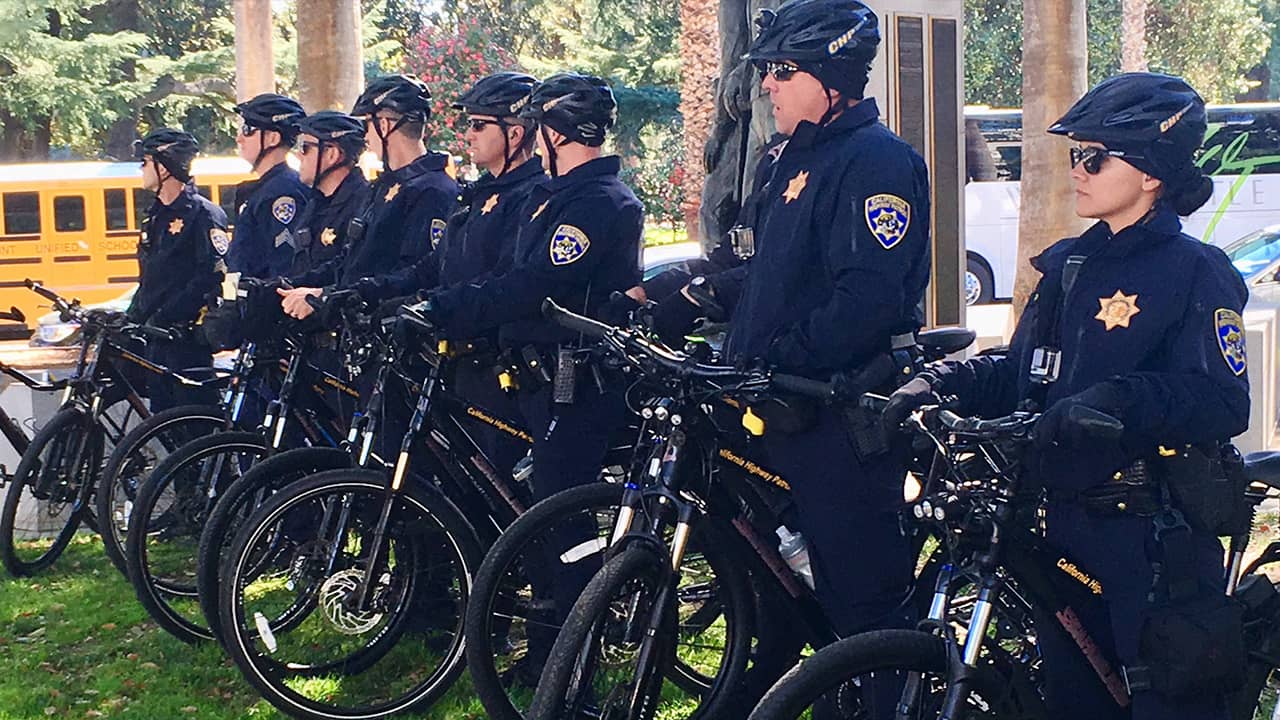 After months of negotiations to craft a bill meant to reduce police shootings in California, legislative leaders have landed on a version that appears likely to pass, with law enforcement groups removing their opposition, civil liberties advocates declaring victory and Gov. Gavin Newsom lauding a policy that “will help restore community trust in our criminal justice system.” Assembly Bill 392 would give California a new and tougher legal standard to justify the use of deadly force by police. It was inspired by the death last year of Stephon Clark, an unarmed man Sacramento police killed after mistaking the cell phone he was holding for a gun.

With outrage over police shootings spreading amid the rise of the Black Lives Matter movement, Clark’s case attracted national attention and contributed to a groundswell of political momentum in the California Capitol. Though the Legislature’s first attempt to pass a new use of force standard stalled last year, lawmakers vowed to keep working at it and appear to have made good on the promise.

The new version of the bill says police may only use deadly force when “necessary in defense of human life” — a steeper standard than prosecutors apply now, which says police can shoot when doing so is “reasonable.” Supporters say the policy will save lives by putting new limits on police.

“Assuming this bill passes, then California will have one of the strongest use of force laws in the nation,” said Lizzie Buchen, a lobbyist for the American Civil Liberties Union, a key backer of the bill.

“It retains the core elements that we’ve always had, which is that officers can only use deadly force when it is necessary and that ‘necessary’ includes the actions of the officers leading up to the force.”

“As a matter of policy, there are some things that I liked that were taken out of the bill. But as a matter of politics … it’s probably correct that you start with a strong bill and then the legislative process involves a series of compromises.” — Seth Stoughton, professor, South Carolina School of Law

But the new version of the bill doesn’t go as far as originally proposed, removing some key provisions that were particularly loathed by law enforcement. It removes a section that would have held officers criminally liable in cases of criminal negligence resulting in someone’s death.

It also deletes a definition that says a “necessary” use of force is when there is “no reasonable alternative.” Police objected to that wording, arguing it would encourage prosecutors to second-guess their actions in hindsight.

“It’s clearly a compromise,” said Seth Stoughton, a professor at the South Carolina School of Law, who has studied use-of-force standards around the country and supported the initial version of the bill.

“As a matter of policy, there are some things that I liked that were taken out of the bill. But as a matter of politics… it’s probably correct that you start with a strong bill and then the legislative process involves a series of compromises.”

Stoughton added that even with the compromise language, the strictness of California’s standards would be in the nation’s “top tier.” Measuring state policies against each other is not a perfect science, Stoughton said, because of the variety of elements they can include.

Delaware and Tennessee go further than the California proposal because they include a requirement that police exhaust other alternatives before shooting, he said, while Washington state law calls for police to de-escalate situations, which is not articulated in California’s policy.

California’s measure, on the other hand, goes further than any other state in defining what amounts to an “imminent” threat that would justify deadly force, Stoughton said. The bill says “an imminent harm is not merely a fear of future harm, no matter how great the fear and no matter how great the likelihood of the harm, but one that … must be instantly confronted.”

The bill’s author, Assemblywoman Shirley Weber, had promised to work with police to find some common ground after the bill passed a committee with tepid support from some of her fellow Democrats. The original version of her bill appeared unlikely to pass the full Assembly as long as police groups remain opposed.

With their agreement to go neutral on the new version, passage appears nearly certain when the bill faces a vote on the Assembly floor next week. It must then go through the Senate before reaching Newsom’s desk.

“AB 392 now reflects the shared experiences, perspectives and expertise from everyone at the table, from families and communities to the officers who have sworn to serve and protect them,” Ron Lawrence, president of the California Police Chiefs Association, said in a statement.

“AB 392 now reflects the shared experiences, perspectives and expertise from everyone at the table, from families and communities to the officers who have sworn to serve and protect them.” — Ron Lawrence, president, California Police Chiefs Association

Law enforcement groups have proposed their own bill intended to reduce police shootings with more training and tougher police department policies. Senate Bill 230 has become a companion measure to Weber’s bill and would train officers on the new standard and alternatives to drawing their guns. It faces a vote of the full Senate, likely next week.

The two bills together “create a legislative package that will do more than any other state legislation to achieve better outcomes and minimize the use of force in our communities, said a statement from Brian Marvel, president of the Peace Officers Research Association of California, a federation of police unions.

Follow this issue as it moves through the Legislature this year with CALmatters’ podcast, Force of Law.