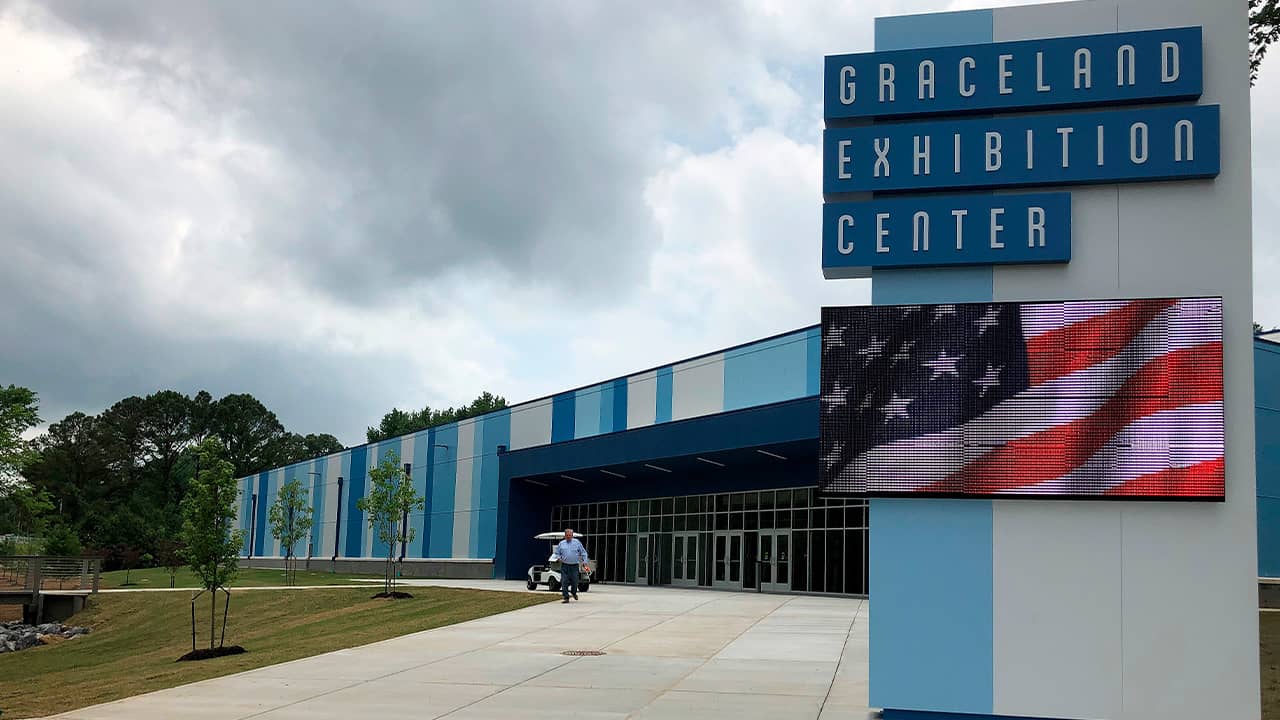 MEMPHIS, Tenn. — A massive new exhibition and entertainment hall is set to open at Elvis Presley’s Graceland in Tennessee with three museum-style exhibits, including one focused on the life and career of late boxing great Muhammad Ali.

Graceland officials say the 80,000-square-foot Graceland Exhibition Center opens Saturday to guests visiting the Presley-themed tourist attraction in Memphis. The singer, actor and pop icon lived in Memphis until his death on Aug. 16, 1977.

Presley and Ali were known to be friends. Presley once gave Ali a custom-made robe in Las Vegas in the early 1970s. A replica of that robe is part of the Ali exhibit, along with photos of the heavyweight boxing and civil rights champion and other artifacts.

Visitors will be able to hit a punching bag and learn the Ali shuffle from a video tutorial by the boxer, who died in June 2016. Motorcycles sit in an exhibition hall at the Graceland tourist attraction in Memphis, Tenn. The collection is one of three new exhibits set to open at Elvis Presley’s home. (AP Photo/Adrian Sainz)

“They were pop culture revolutionaries. They were both born very poor. They weren’t emulating anyone, they weren’t copying anyone. They were just getting out what was inside of them.” — Joel Weinshanker, Graceland Holdings

The exhibition hall is part of a yearslong expansion at Graceland, which already features Presley’s home-turned museum, a 450-room hotel and an entertainment complex that holds a concert venue, Presley-related exhibits and restaurants. The new exhibition hall also includes a food hall and a full-service bar designed to resemble the famous “Jungle Room” in Presley’s former home.

Bringing the lives of Ali and Presley together at Graceland is fitting because of their impact on their professions, and on American and global culture, said Joel Weinshanker, managing partner of Graceland Holdings.

“They were pop culture revolutionaries. They were both born very poor,” Weinshanker said. “They weren’t emulating anyone, they weren’t copying anyone. They were just getting out what was inside of them.”

He said he hopes the new, $20 million hall will attract more conventions to Graceland while bringing more large traveling exhibits to the city — including those that have nothing to do with Presley.

“Space: An Out-Of-Gravity Experience,” which features interactive exhibits about living and working in space, is scheduled to open Oct. 11 at the new hall.