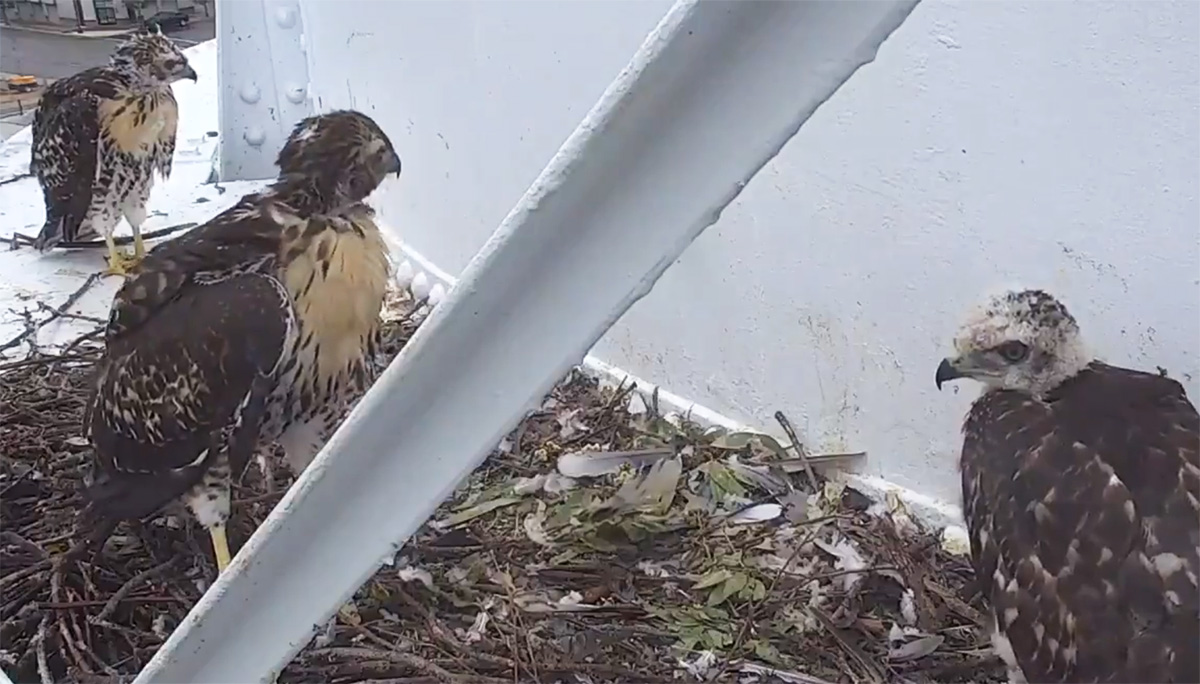 For more than two years, Clovis police have hosted an online reality show about a close-knit family whose home boasts an awesome view of the city.

The city’s police department, which operates and monitors the cameras, had the makings of a social media bonanza. The department began to post video clips of the hawk family on Twitter, Facebook, and Instagram.

“I think the entire process is pretty interesting. They go from hatching to eating on their own, then flying for the first time,” said Shawn Knapp, a police department community service officer.

A collection of monitors at Knatt’s desk display the department’s security cameras, which include the hawk-cams. Other than the monitoring equipment, the city’s contact in the birds is completely passive. Nothing has been done that might interfere with the hawks’ habits, Knapp said.

They’re flying and we finally caught it on camera! Our baby Red-Tailed Hawks are not babies anymore! They are flying daily to the trees across the street to practice!#babybirds #RedTailedHawk #OldTownClovis #Clovis #oldtowncloviswatertower #allgrownup pic.twitter.com/jz7w4CpGY9

This spring, the family cycle repeated itself. This time, there were four hatchlings. A Facebook post in April featuring the newborns attracted 440 likes and 98 shares. Other posts got similar attention.

On Wednesday, the police department posted an update that showed the swiftly maturing young hawks were preparing to take wing.

There’s a whole lotta flappin’ goin’ on up atop the @OldTownClovis water tower today! All 4 babies…aren’t babies anymore & they’re practicing for their 1st flight!