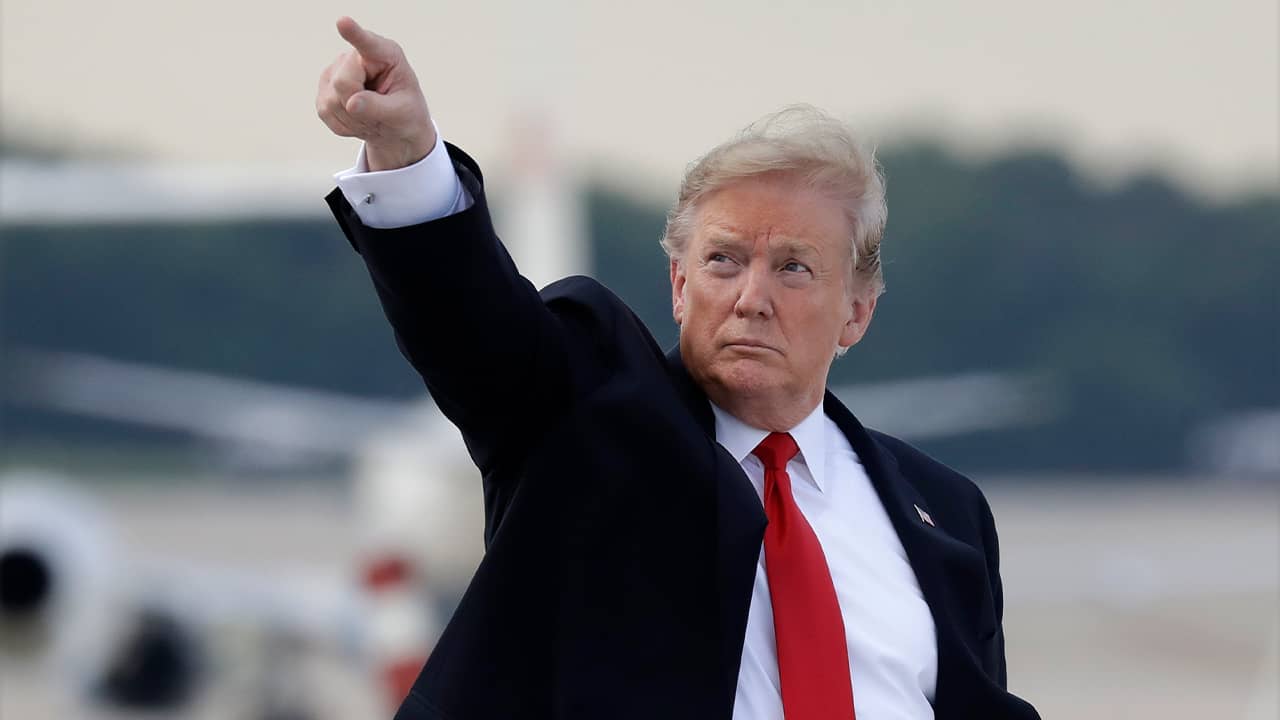 Defense Secretary Patrick Shanahan said military moves by the United States have given Iran “time to recalculate” and as a result the potential for attacks on Americans is “on hold.”

The competing closed-door sessions Tuesday, unusual and potentially polarizing, come after weeks of escalating tensions in the Persian Gulf that have raised alarms over a possible military confrontation with Iran. Lawmakers are warning the Trump administration it cannot take the country into war without approval from Congress, and the back-to-back briefings show the wariness among Democrats, and some Republicans, over the White House’s sudden policy shifts in the Middle East.

Trump, veering between bombast and conciliation in his quest to contain Iran, threatened Monday to meet provocations by Iran with “great force,” but also said he’s willing to negotiate.

Shanahan said military moves by the United States have given Iran “time to recalculate” and as a result the potential for attacks on Americans is “on hold.”

He cautioned that that doesn’t mean the threats have gone away.

The U.S. sent an aircraft carrier strike group, four bomber aircraft and other assets to the region, and is moving a Patriot missile battery to an unnamed country in the area. The Trump administration has evacuated non-essential personnel from Iraq, amid unspecified threats the administration says are linked to Iran.

Brennan told House Democrats Iran believes Trump wants regime change and while Tehran wants to avoid conflict, the country’s leadership will not capitulate to Trump. Sherman warned that reckless behavior by the Trump administration in Iran is hurting credibility and undermining moderates in the country, according to a person in the room who was not authorized to discuss the private meeting.

House Democrats invited Brennan and Sherman after the administration announced Secretary of State Mike Pompeo, Shanahan and other top brass, including Gen. Joseph Dunford, the chairman of the Joint Chiefs of staff, would appear for closed-door briefings Tuesday afternoon with both the House and Senate.

Schiff declined to comment on what was said in the meeting with Brennan. The California Democrat said he has received the key intelligence assessments, but he still has questions for the Trump administration on Iran.

“What I’m interested in more right now is what the administration’s strategy is — if they have one — to keep us out of war.”

Iran Was Behind Reported Attack May 12

Sen. Marco Rubio, a member of the committee, said the intelligence demonstrates an undeniable threat from Iran and suggested lawmakers who say otherwise are doing so for political reasons.

“It’s unacceptable for anyone to put Americans in the region and U.S. national security interests at risk by politicizing, ignoring or downplaying the Iranian regime’s real and grave threats,” Rubio said in a statement Tuesday.

Top Democrats say Trump escalated problems by abruptly withdrawing the U.S. from the Iran nuclear deal, a complex accord negotiated during the Obama administration to prevent Iran from nuclear weapons production.

“It is clear that over the last several weeks Iran has attacked pipelines and ships of other nations and created threat streams against American interests in Iraq. If the Iranian threats against American personnel and interests are activated we must deliver an overwhelming military response.” — Sen. Lindsey Graham

“I have yet to see any exhibited strategy,” said Democrat Congresswoman Abigail Spanberger of Virginia as she left the meeting with Brennan. Spanberger, a former CIA officer, said she finds many of the administration’s recent statements on Iran to be “deeply troubling.”

Trump’s allies in Congress, including GOP Sen. Lindsey Graham of South Carolina, say the threats from Iran are real. Graham urged Trump to “stand firm” and said he received his own briefing over the weekend from John Bolton, Trump’s national security adviser.

“It is clear that over the last several weeks Iran has attacked pipelines and ships of other nations and created threat streams against American interests in Iraq,” Graham tweeted. “If the Iranian threats against American personnel and interests are activated we must deliver an overwhelming military response.”

Graham’s reference to Iran having attacked ships appeared to be a further indication that the U.S. military has concluded that Iran was behind the reported attack May 12 on four commercial vessels off the coast of the United Arab Emirates.

No Additional Iranian Threats or Incidents

At the outset of an investigation into those apparent attacks, which damaged vessels of Saudi Arabia, the UAE and Norway but caused no injuries, U.S. officials had said they appeared to be carried out by Iran.

A U.S. official said Monday the probe was finished and evidence still pointed at Iran, although the official did not provide details. The official was not authorized to publicly discuss the matter and so spoke on condition of anonymity.

On Sunday, a rocket landed near the U.S. Embassy in the Green Zone of Iraq’s capital of Baghdad, days after nonessential U.S. staff were ordered to evacuate from diplomatic posts in the country. No one was reported injured.

Defense officials said no additional Iranian threats or incidents had emerged in the days since the USS Abraham Lincoln carrier battle group arrived in the Arabian Sea late last week.

Iran, meanwhile, announced that it has quadrupled its uranium-enrichment production capacity. Iranian officials made a point to stress that the uranium would be enriched only to the 3.67% limit set under the 2015 nuclear deal with world powers, making it usable for a power plant but far below what’s needed for an atomic weapon.

Tehran long has insisted it does not seek nuclear weapons, though the West fears its program could allow it to build them.

Trump’s remarks reflect what has been a strategy of alternating tough talk with more conciliatory statements, which he says is aimed at keeping Iran guessing at the administration’s intentions.

He described his approach in a speech Friday, saying, “It’s probably a good thing because they’re saying, ‘Man, I don’t know where these people are coming from,’ right?”

Cholesterol Improves in US Kids Despite High Obesity Rates