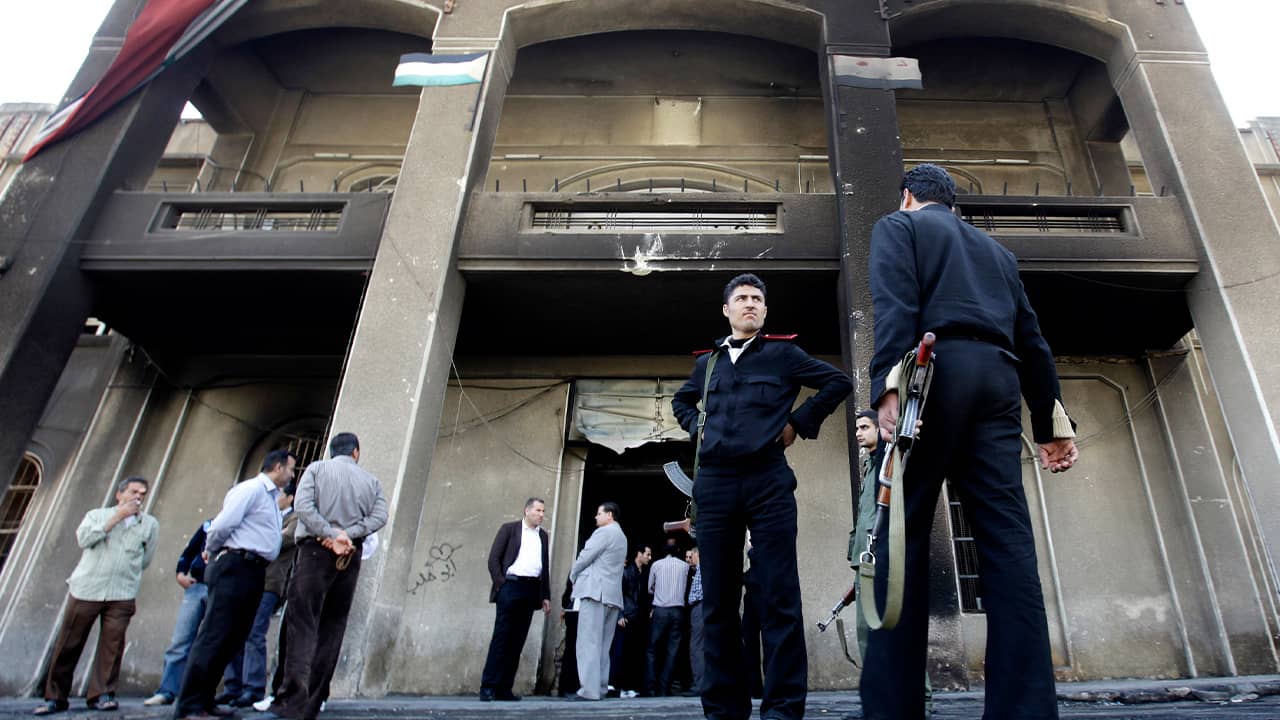 BEIRUT — Thousands of documents purportedly collected from abandoned Syrian government offices during the country’s civil war reveal the reach of President Bashar Assad’s shadowy, labyrinthine security agencies as they spied on the population at large, sought to eliminate dissidents at all cost and systematically persecuted the Kurdish minority even before the onset of protests.

The documents were the basis of a report released Tuesday by Washington-based Syria Justice and Accountability Center, which hopes they can eventually help in the prosecution of perpetrators of war crimes.

Titled “Walls Have Ears, An Analysis of Classified Syrian Security Sector Documents,” the report is based on a sample of 5,000 documents and present some of the most damning evidence of state involvement — at the highest level — in the bloody crackdown on protesters, dissidents, and even foreign journalists in Syria.

The documents show the agencies created a network of informants that ensured the government kept a close watch of the most mundane of Syrians’ everyday life. They also offer a rare look into the inner workings of the several security agencies as they sought to eliminate dissidents through detention, intimidation or killings and implemented a state policy that singled out the Kurdish minority for persecution even before the onset the 2011 uprising against Assad.

Some of the documents include handwritten notes from top commanders to arrest, detain and “do what is necessary” to quell the unrest — a vague directive that has been found to mean use of lethal force in some incidents.

Security agencies and officials even spied on each other. One document is titled: “Records of what thoughts go through my mind concerning other officers” — a Kafkaesque 97-page report of what officers think other officers may be thinking.

One document details how a man informed on his own brother for supporting anti-Assad protests, prompting a security commander to seek permission to lure the brother into a trap.

Protests in Syria Erupted in 2011

Another document, from the country’s top intelligence agency, the National Security Office, identified a French-Lebanese journalist as an “instigator of protests” and barred her from entering the country.

“The documents show clearly that orders were very centralized and came from really high-level officials, including from heads of the security agency themselves, and in lots of documents from the National Security Office.” — Mohammad Al-Abdallah

Several of the documents identify protesters by name, labeling many as terrorists without any evidence. SJAC has redacted the names to protect the identity of those on the wanted list.

“The documents show clearly that orders were very centralized and came from really high-level officials, including from heads of the security agency themselves, and in lots of documents from the National Security Office,” said Mohammad Al-Abdallah, the director of the Washington-based group.

“This, combined with the nature of the orders — deployment of military units, surveillance, the use of lethal force, persecutions of the Kurds — all are proof a systematic state practice, and can be used as evidence to establish both the Syrian state responsibility and the individual criminal responsibility for committing war crimes and crimes against humanity,” he added.

When protests erupted in March 2011 in Syria — in part inspired by the wave of uprisings around the region later labeled the Arab Spring — the government responded with a violent crackdown.

The crackdown in turn sparked an armed rebellion against government forces, dividing Syria into government and rebel-held areas.

Almost nine years later, more than 400,000 people have been killed, half of the pre-war population of 23 million is either displaced internally or refugees in neighboring countries. Most of the towns and cities lie in ruins.

Syria’s government, which typically does not comment on security issues nor responds to reports accusing it of human rights violations, justifies its crackdown by describing those who rose up against it as terrorists. Assad charges that the uprising was part of a conspiracy supported by the U.S. and regional foes to oust him from power. This image purportedly shows a Syrian government document dated June 23, 2011, and signed by the head of the government’s top committee formed to deal with unrest, and orders the arrest of unidentified “instigators” and “financiers,” three months after protests erupted against President Bashar Assad’s rule.  (The Syria Justice and Accountability Center via AP)

Documents That Offer Details of the State’s Detention Policy

The documents were collected from the province of Raqqa and the town of Tabqa in eastern Syria in 2013, and from the western province of Idlib in 2015, following the withdrawal of government forces.

Many documents included wanted lists of those who participated in protests, ordering detentions and even shootings of protesters. One document issued by the National Security branch two months after the protests erupted in March 2011 calls on security agents to stop firing at protesters in light of the continued unrest.

The SJAC and investigators from another independent group, the Commission for International Justice and Accountability, extracted 483,000 government documents and collectively scanned and digitized them.

Both groups have already offered assistance to European prosecutors to pursue criminal cases against Syrian officials.

Many documents included wanted lists of those who participated in protests, ordering detentions and even shootings of protesters. One document issued by the National Security branch two months after the protests erupted in March 2011 calls on security agents to stop firing at protesters in light of the continued unrest.

Al-Abdallah said issuing the orders proves killings were already taking place. A “document saying stop the killing while the killing continued” doesn’t exonerate the government from the violence, he said, adding that there is no evidence that the new orders to stop shooting were implemented.

The report found documents that offer details of the state’s detention policy — mostly for protesting and in one incident for cursing Assad at a dinner gathering — following tips from informants or appearance in critical news media.

The report obtained documents that show the extent of the state persecution of Kurds — including documents as far back as 2010.

One document called Kurdish cultural expression a treason to the national identity and another outlined a government plan to criminalize Kurdish “nationalistic” activities. Others warned municipalities against selling or buying land to Kurds and ordered Arab tribes to move to Kurdish-dominated areas to “dilute” their presence there.