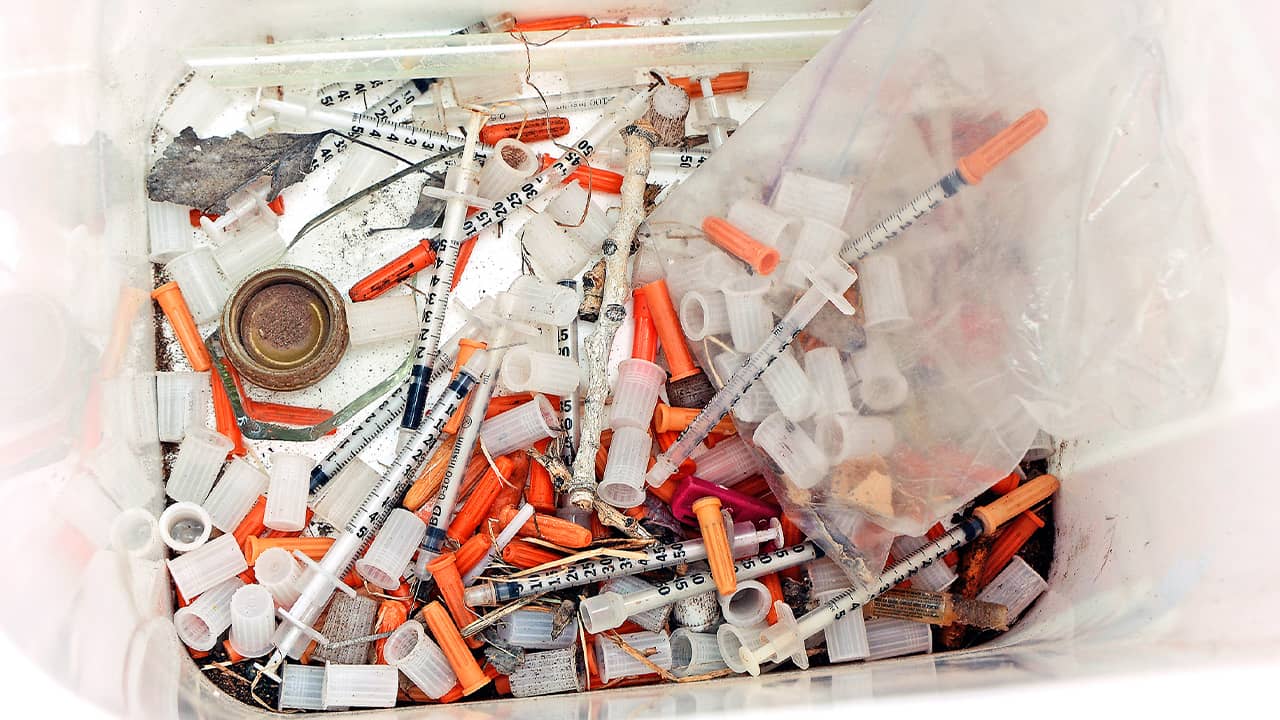 “The needle problem affects all the fields. We even find them in the dugout, where kids sit, and under the bleachers, where the parents and spectators sit.” — Hector Aguilar, Atrisco Valley Little League president

Atrisco Park, home of the Atrisco Valley Little League, in Albuquerque is racing to clean up syringes littering fields and the grounds to protect the children who play on them, the Albuquerque Journal reports.

Atrisco Valley Little League president Hector Aguilar said earlier this month an 11-year-old girl was practicing base sliding when a hypodermic needle pierced her foot. He said the girl was taken to a hospital and tested and “will have to undergo further testing in three months to see if she was infected with anything.”

He and other coaches and volunteers walk the six baseball fields before practices or games often find 20 to 30 syringes a day, Aguilar said.

“The needle problem affects all the fields. We even find them in the dugout, where kids sit, and under the bleachers, where the parents and spectators sit. There is one field at the west end, the very back of the park, that we can no longer use because it’s just saturated with needles,” Aguilar said. “It is completely out of commission for us.”

While the state has enacted a series of measures in recent years to combat the scourge, its drug overdose rate of 24.8 per 100,000 still remains above the national average.

Federal data put the state’s number of deaths at 493 in 2017. The figures show more than 70,000 drug overdose deaths occurred in the United States that year.

“It was very sad, disgusting and, above all, disappointing,” said Marlena Gurule, whose two sons play on baseball teams at the park. “As a mother, safety is my biggest concern, of course. But another consideration is that the Little League operates off of concession sales. It’s what allows us to purchase equipment. If Atrisco Valley Little League has to shut some of its fields, it financially impacts the league as a whole, and that impacts the children in the league.”

Atrisco Park is owned and maintained by Bernalillo County. During an average season about 20 games are played on each field and more than 350 kids rely on those baseball diamonds, Aguilar said.

In March, Aguilar said, he notified County Commissioner Steven Michael Quezada, who represents the area where the park is, as well as officials at the Bernalillo County Parks and Recreation Department, about the growing needle crisis at the park.

And the Winner of the ‘Game of Thrones’ Is …