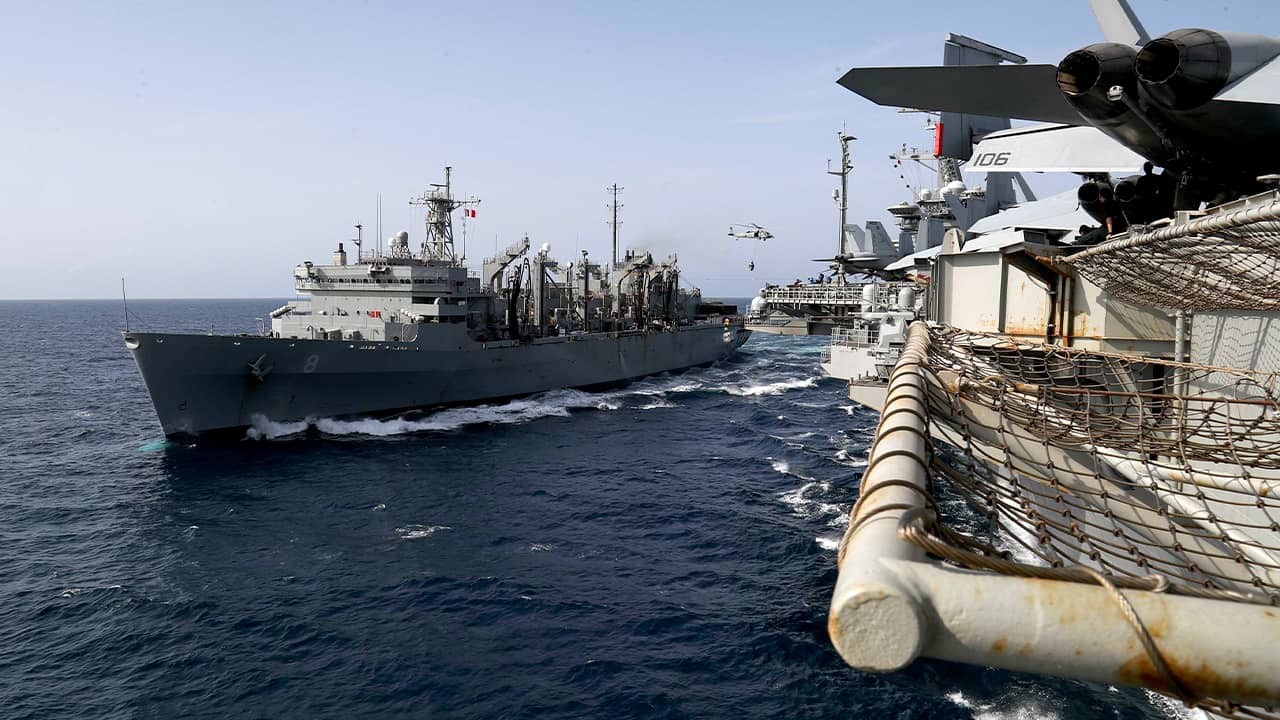 TEHRAN, Iran — Iran has quadrupled its production of low-enriched uranium amid tensions with the U.S. over Tehran’s unraveling nuclear accord, two semi-official news agencies reported Monday, an announcement just after President Donald Trump warned Iran it would face its “official end” if it threatened America again.

So far this month, officials in the United Arab Emirates alleged that four oil tankers sustained damage in a sabotage attack; Yemeni rebels allied with Iran launched a drone attack on an oil pipeline in Saudi Arabia; and U.S. diplomats relayed a warning that commercial airlines could be misidentified by Iran and attacked, something dismissed by Tehran.

While the reports said the production is of uranium enriched only to the 3.67% limit set by the 2015 nuclear deal that Tehran reached with world powers, it means that Iran soon will go beyond the stockpile limitations established by the accord.

This follows days of heightened tensions sparked by the Trump administration’s deployment of bombers and an aircraft carrier to the Persian Gulf over still-unspecified threats from Iran. While Trump’s dueling approach of flattery and threats has become a hallmark of his foreign policy, the risks have only grown in dealing with Iran, where mistrust between Tehran and Washington stretch back four decades.

Related Story: Trump to Iran: Don’t Threaten US or It Will Face ‘Official ...

So far this month, officials in the United Arab Emirates alleged that four oil tankers sustained damage in a sabotage attack; Yemeni rebels allied with Iran launched a drone attack on an oil pipeline in Saudi Arabia; and U.S. diplomats relayed a warning that commercial airlines could be misidentified by Iran and attacked, something dismissed by Tehran.

All these tensions are the culmination of Trump’s decision a year ago to pull the U.S. out of Tehran’s nuclear deal with world powers. While both Washington and Tehran say they don’t seek war, many worry any miscalculation could spiral out of control.

Trump Had Been ‘Goaded’ Into ‘Genocidal Taunts’

Both the semi-official Fars and Tasnim news agencies reported on the quadrupled production quoting Behrouz Kamalvandi, the spokesmen of Iran’s nuclear agency. He said the increase in production of 3.67% enriched uranium does not mean Iran increased the number of centrifuges it has in use, another requirement of the deal.

He said Iran “in weeks” would reach the 300-kilogram limit set by the nuclear deal.

Kamalvandi said Iran had informed the International Atomic Energy Agency about its move. The IAEA did not immediately respond to a request for comment Monday.

Trump’s tweet early Monday came just hours after a Katyusha rocket fell in Baghdad’s heavily fortified Green Zone near the statue of the Unknown Soldier, less than a mile from the U.S. Embassy, causing no injuries. Iraqi military spokesman Brig. Gen. Yahya Rasoul told The Associated Press that the rocket was believed to have been fired from eastern Baghdad. The area is home to Iran-backed Shiite militias.

“If Iran wants to fight, that will be the official end of Iran,” Trump tweeted. “Never threaten the United States again!”

Trump did not elaborate, nor did the White House.

Iranian Foreign Minister Mohammad Javad Zarif responded by tweeting that Trump had been “goaded” into “genocidal taunts.” Zarif referenced both Alexander the Great and Genghis Khan as two historical leaders that Persia outlasted.

“Iranians have stood tall for a millennia while aggressors all gone,” he wrote. He ended his tweet with: “Try respect – it works!”

He also used the hashtag #NeverThreatenAnIranian, a reference to a comment he made in negotiations for the atomic accord.

Trump campaigned on pulling the U.S. from the 2015 nuclear accord, which saw Iran agree to limit its enrichment of uranium in exchange for the lifting of economic sanctions. Since the withdrawal, the U.S. has re-imposed previous sanctions and come up with new ones, as well as warning other nations they would be subject to sanctions as well if they import Iranian oil.

Iran has said it would begin backing away from terms of the deal, setting a July 7 deadline for Europe to come up with new terms or it would begin enriching uranium closer to weapons-grade levels. Tehran long has insisted it does not seek nuclear weapons, though the West fears its program could allow it to build them.

British Foreign Secretary Jeremy Hunt told journalists in Geneva that Iran should not doubt the U.S. resolve, warning that “if American interests are attacked, they will retaliate.”

“We want the situation to de-escalate because this is a part of the world where things can get triggered accidentally,” Hunt said.

Meanwhile, Oman’s minister of state for foreign affairs made a previously unannounced visit Monday to Tehran, seeing Zarif, the state-run IRNA news agency reported. The visit by Yusuf bin Alawi comes after U.S. Secretary of State Mike Pompeo called Oman’s Sultan Qaboos bin Said last week. Oman long has served as a Western backchannel to Tehran and the sultanate hosted the secret talks between the U.S. and Oman that laid the groundwork for the nuclear deal negotiations.

In Saudi Arabia, the kingdom’s military intercepted two missiles fired by the Iranian-allied Houthi rebels in neighboring Yemen. The missiles were intercepted over the city of Taif and the Red Sea port city of Jiddah, the Saudi-owned satellite channel Al-Arabiya reported, citing witnesses. The Saudi government has yet to acknowledge the missile fire, which other Saudi media also reported.

Hundreds of rockets, mortar rounds and ballistic missiles have been fired into the kingdom since a Saudi-led coalition declared war on the Houthis in March 2015 to support Yemen’s internationally recognized government.

The Houthis’ Al-Masirah satellite news channel denied that the rebels had any involvement with this round of rocket fire.

Between the two targeted cities is Mecca, home to the cube-shaped Kaaba that Muslims pray toward five times a day. Many religious pilgrims are in the city for the Muslim holy fasting month of Ramadan.