A Fresno jury found him not guilty of one misdemeanor count of child abuse in a high-profile trial.

“To my constituents in the 31st Assembly District, I will always fight for you. I will continue to proudly serve you in the state Legislature and will carry your voices in Sacramento to make sure you are heard.” — Assemblyman Joaquin Arambula

At a post-trial news conference in his attorney’s office, Arambula answered a major question. Yes, he will continue with his job.

After talking about problems with the criminal justice system, Arambula told the media throng:

Arambula said he will end his voluntary leave of absence — which began March 13 when the district attorney charged him — Monday.

But, how has the trial affected Arambula’s political future?

“Since he’s been acquitted and justice has been served, the people will be very forgiving and he can go back to work with confidence and continue to do his job. He’ll be judged by voters on that,” Maviglio said.

“I think there was some relief (from legislators) for their colleague. I don’t sense anyone holding judgment against him right now. Everybody is taking a human approach to this, which is understanding he personally and his family have had some very difficult times,” Madrid said.

“The jury trial is a pillar of our criminal justice system. In this case, a jury of peers found Joaquin Arambula not guilty of the accusations made against him. Having undergone this hardship, the Arambula family should be afforded the opportunity to heal and move forward,” Rendon said via email.

‘Will be Welcomed Back With Open Arms’ 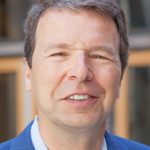 “(Arambula) will be welcomed back with open arms.” — Democratic strategist Steve Maviglio

Madrid agrees but says there may be a higher level of expectation of Arambula from his colleagues. For example, Arambula could cite his trial experience in the debate over corporal punishment, Madrid said.

“There is no better person who will be looked to than Mr. Arambula to introduce legislation to that effect and to see if he has personally made a change,” Madrid said. “It would behoove Assemblyman Arambula to be the leader on changing this type of behavior, not only at a personal level but at a political and professional level.” 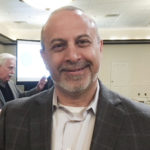 “It would behoove Assemblyman Arambula to be the leader on changing this type of behavior, not only at a personal level but at a political and professional level.” — Republican strategist Mike Madrid

Arambula gave no indication whether he would run for a third term in 2020.

Maviglio doubts any other Democrat would challenge Arambula. Using the issue of the trial wouldn’t work, he said.

Maviglio, however, does see a potential opening for Republicans.

“Anything that moved that seat into the danger zone is always worrisome to Democrats in Sacramento,” Maviglio said.

Madrid said the seat is Arambula’s if he wants to run again. There will be no other Democrat challenging him.

“I don’t think there is anything egregious enough as a political professional to suggest that there is a higher level of vulnerability,” Madrid said.

Maviglio notes that most people don’t know who their assemblyman is in the first place.

“If this is the only thing they associate with Arambula, that is not particularly good news,” Maviglio said.

Whether there is a viable Republican to run against Arambula is another story.

Another problem for a potential Republican challenger: President Donald Trump at the top of the ticket. Maviglio thinks that could increase Democratic turnout, benefiting Arambula.

Madrid says there is no viable Republican challenger, especially with a not-guilty verdict.

Vanderhoof didn’t repeat that call after the verdict.

“It’s been a painful trial to watch for everyone. It’s a sad state of affairs,” Vanderhoof said.

He did say there is a Republican in line to run against Arambula next year but did not share the name.