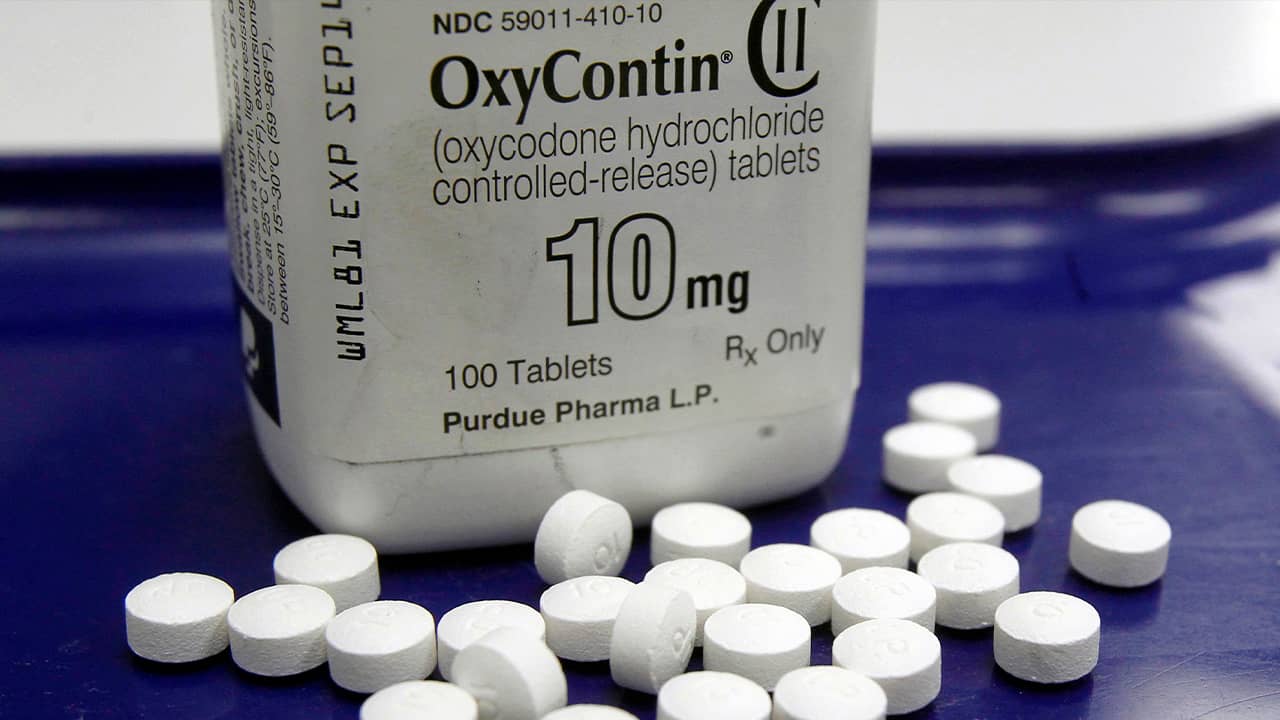 CHARLESTON, W.Va. — Five state attorneys general announced lawsuits Thursday seeking to hold the drug industry responsible for an opioid addiction crisis that has become the biggest cause of accidental deaths across the country and in many states.

“There’s far too much senseless death in West Virginia and many ruined lives. We cannot and will not tolerate companies that allegedly use false and misleading information to deceive medical personnel and patents.” — Attorney General Patrick Morrisey

The new filings in Iowa, Kansas, Maryland, West Virginia and Wisconsin mean 45 states have now taken legal action in recent years against Purdue Pharma, the maker of OxyContin. Some of the states are also suing Richard Sackler, a former president and member of the family that owns the Connecticut-based firm. Maryland is also suing other members of the Sackler family.

Some states have also sued other drugmakers or distributors as the fallout from the crisis moves increasingly to courthouses.

“There’s far too much senseless death in West Virginia and many ruined lives,” that state’s Attorney General Patrick Morrisey said Thursday. “We cannot and will not tolerate companies that allegedly use false and misleading information to deceive medical personnel and patents.”

States’ suits are among the highest-profile claims in flood of litigation over the crisis. Opioids, including prescription painkillers and related drugs such as heroin and fentanyl, were involved in nearly 48,000 deaths in the U.S. in 2017 — more than AIDS killed at the peak of that epidemic and more than auto accidents kill annually. The death toll since 2000 is 391,000.

Majority of the Recent Deaths Are Linked to Heroin or Fentanyl

The states and about 2,000 local and tribal governments that have sued assert that Purdue and other companies downplayed the addiction dangers of the drugs and used sales representatives to encourage doctors to prescribe even more of them.

But the legal cases are complicated. Purdue points out that the majority of the recent deaths are linked to heroin or fentanyl — not prescription drugs. States say most users, though, start with prescription pills, whether they’re prescribed to them or diverted.

A judge in North Dakota last week dismissed all of that state’s claims against Purdue, perhaps the company’s biggest court win in a round of litigation. In a written ruling that the state says it will appeal, Judge James Hill questioned the idea of blaming a company that makes a legal product for the deaths. “Purdue cannot control how doctors prescribe its products and it certainly cannot control how individual patients use and respond to its products,” the judge wrote, “regardless of any warning or instruction Purdue may give.”

Mark Cheffo, a lawyer for Purdue, said he’s hoping other judges will reach similar conclusions as they delve into the cases.

All the cases filed by state governments except one are working their way through state courts. Alabama’s case is among about 1,500 in federal court and being overseen by one federal judge based in Cleveland. He has rejected arguments to dismiss the suits and has scheduled an initial trial in October for the claims of two Ohio counties.

The looming trial could put pressure on Purdue and other companies to settle the cases — something the judge has said he wants to see. In August 2018, family and friends who lost loved ones to OxyContin and opioid overdoses leave pill bottles in protest outside the headquarters of Purdue Pharma, which is owned by the Sackler family, in Stamford, Conn. (AP Photo/Jessica Hill)

Sackler Family Has Said They Would Like to Settle

In March, Purdue and the Sackler family, which owns the company, settled with Oklahoma for $270 million. Purdue also settled with Kentucky in 2015 for $24 million, and a handful of other companies have entered deals with other states in the last few years.

Pennsylvania Attorney General Josh Shapiro, one of the leaders of a multistate investigation of the opioid crisis, announced a lawsuit earlier this week against Purdue, saying the company was not working in good faith on a settlement.

Cheffo, the Purdue lawyer, disputed that in a phone interview Tuesday. “While we recognize the complication of a resolution process involving so many different parties and interests and certainly cannot get into the details of them, we remain optimistic and believe that both sides are participating in good faith in an effort to try to reach some resolution that is in the best interests of the parties and the public health.”

A lawyer representing members of the Sackler family has also said the family would like to settle.

For some states, there’s a political element in deciding to join the litigation now.

For instance, Wisconsin didn’t sue earlier because Republican Attorney General Brad Schimel opted to join a multistate investigation instead. Schimel argued that it would be a faster way to hold them accountable. But Schimel was defeated in November by Democrat Josh Kaul, who campaigned on a platform that included filing opioid lawsuits. Kaul’s suit named Purdue and Richard Sackler as defendants.

Iran Claims Right to Respond to ‘Unacceptable’ US Sanctions