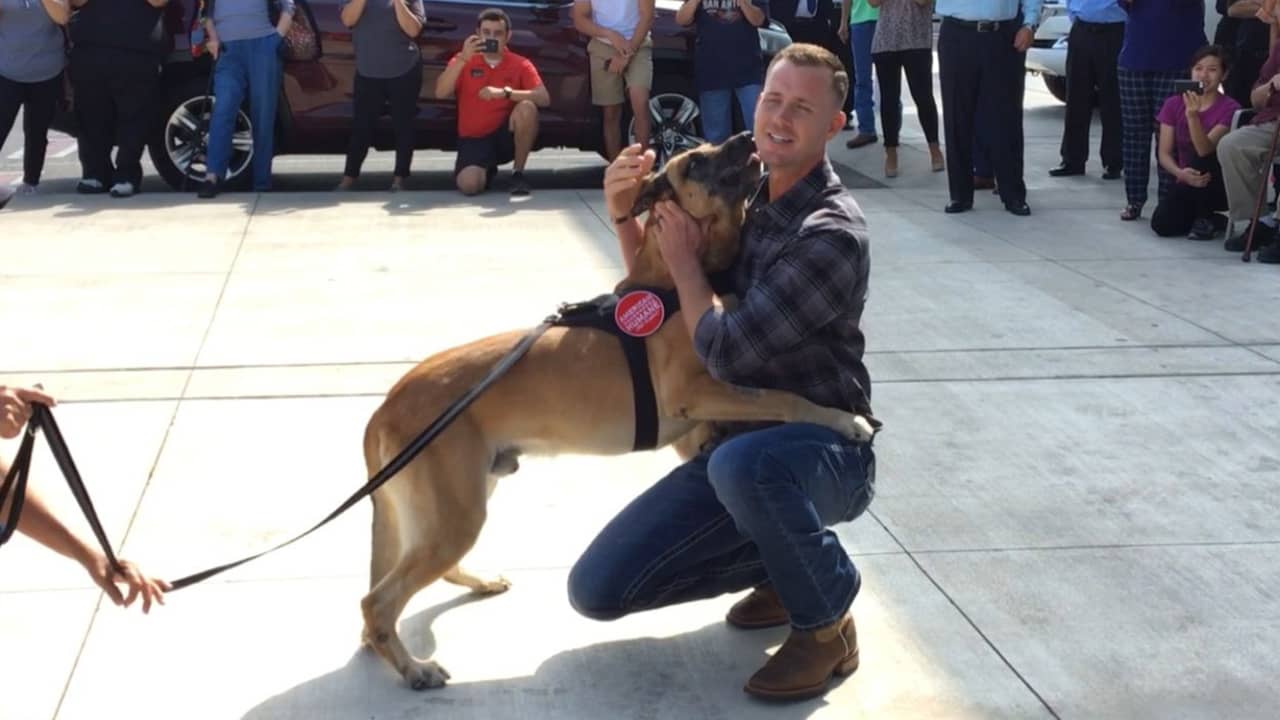 SAN ANTONIO — A former military dog trainer and his now-retired canine partner have been reunited in an emotional petting and face-licking encounter in Texas.

Aaron Stice was a corporal in the Marines when he last saw the Belgian Malinois named Kkeaton in October at Camp Pendleton in California.

Stice is now a civilian trainer at Joint Base San Antonio-Lackland and wanted to adopt the explosive-detecting dog that he’d worked with for several years.

Stice served in Afghanistan with Cpl. Keaton Coffey of Oregon, who was killed on May 24, 2012. The dog was born days later in a breeding program at Joint Base San Antonio-Lackland and named for the late Marine.

Fewer Babies as US Birth Rate Fails to Rise With Economy