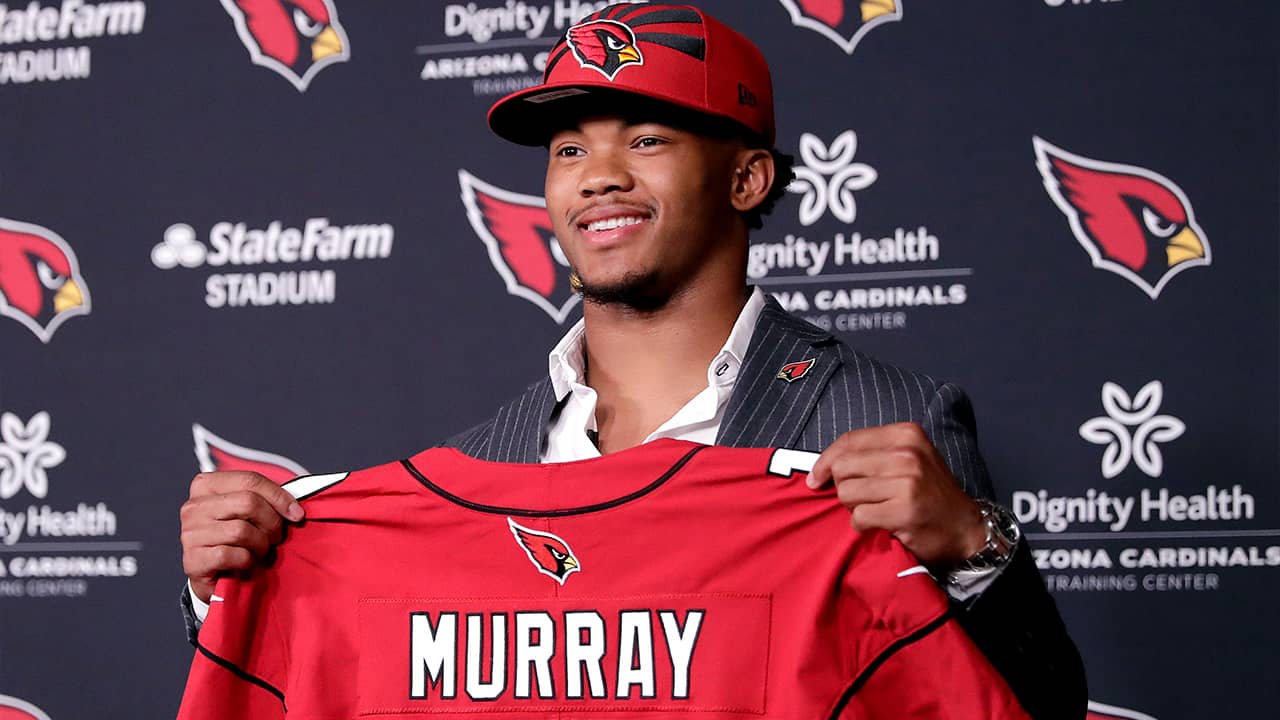 TEMPE, Ariz. — The Arizona Cardinals have signed Kyler Murray in time for their rookie minicamp.

Arizona signed the No. 1 overall draft pick to a four-year contract Thursday worth about $35 million with a team option for a fifth. It includes a signing bonus of more than $23 million.

Murray will likely be the starting quarterback for the 2019 season opener after Josh Rosen was traded to Miami for the 62nd overall pick in the draft.

Murray and the rest of the draft picks will take the field for the first time Friday, when the Cardinals hold a rookie minicamp.

Arizona moved up to No. 10 overall in last year’s NFL draft to select Josh Rosen, who had an up-and-down rookie season under first-year coach Steve Wilks.

The Cardinals fired Wilks and replaced him with Kliff Kingsbury, expecting the former Texas Tech coach to replicate some of the offensive successes he had in Lubbock.

The Red Raiders were among the nation’s highest-scoring teams under Kingsbury and he had two quarterbacks, Case Keenum and Patrick Mahomes, who led the nation in passing.

Murray Will Likely Be the Starter for the 2019 Season Opener

Instead of addressing other needs, the Cardinals used the No. 1 overall pick to take Murray, the Heisman Trophy-winning quarterback from Oklahoma they believe to be a perfect fit for Kingsbury’s “Air Raid” offense.

Murray will likely be the starter for the 2019 season opener after Rosen was traded to Miami for the 62nd overall pick — used on Massachusetts receiver Andy Isabella — and a 2020 fifth-rounder.

Murray made the most of his one season as Oklahoma’s starting quarterback, accounting for more than 5,300 yards and 53 touchdowns after backing up Heisman Trophy winner Baker Mayfield in 2017.

An outfielder, he also became the first person to be selected in the first round of the NFL and major league baseball drafts.

The Oakland Athletics used the ninth overall pick of the 2018 MLB draft on Murray and agreed to a minor league contract with a $4.66 million signing bonus. The A’s had Murray’s jersey hanging in a locker at their spring training facility in Phoenix, but the two-sport star announced in February he would concentrate on football.

That left the Cardinals with a decision with the No. 1 pick and they opted to use it on Murray, who beat teams with his arm and legs in college.