After Trump Invite, Iran Commander Says No Talks With US 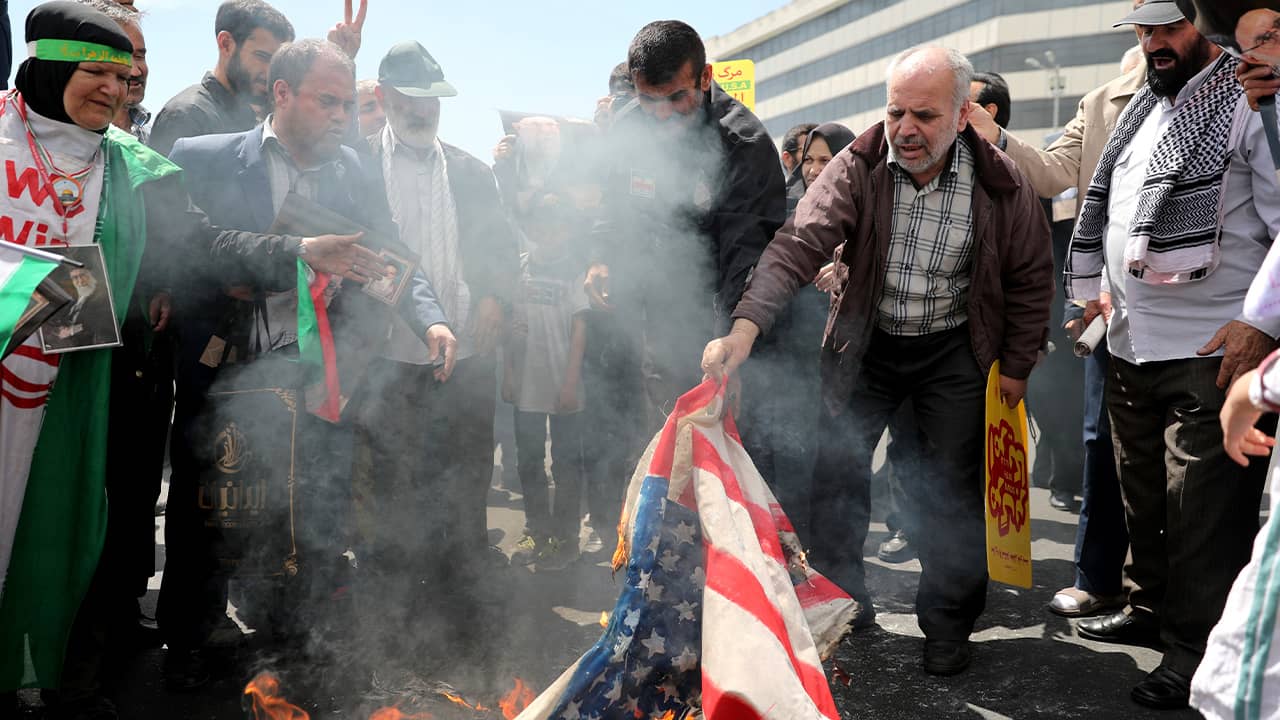 TEHRAN, Iran — A top commander in Iran’s powerful Revolutionary Guard said Friday that Tehran will not talk with the United States, an Iranian news agency reported — a day after President Donald Trump said he’d like Iranian leaders to “call me.”

The semi-official Tasnim news agency quoted Gen. Yadollah Javani as saying that “there will be no negotiations with America.

The semi-official Tasnim news agency quoted Gen. Yadollah Javani as saying that “there will be no negotiations with America.”

The Iranian commander also claimed the U.S. would not dare take military action against Iran but did not elaborate.

The verbal exchange comes as tensions escalate between Washington and Tehran. The Trump administration sent the aircraft carrier USS Abraham Lincoln and a bomber squadron to the region in response to unspecified threats by Iran against American interests.

And on Wednesday, Iran threatened to renew some nuclear enrichment that had been halted under the 2015 nuclear deal with world powers — a year after Trump pulled America from the accord, saying it does nothing to stop Iran from developing missiles or destabilizing the Middle East.

Shortly after Trump spoke, Secretary of State Mike Pompeo issued a written statement that reinforced Trump’s tone. After repeating the administration’s complaints about Iran, including what he called “40 years of killing American soldiers, attacking American facilities and taking American hostages,” Pompeo appealed to “those in Tehran who see a path to a prosperous future” through modifying their government’s behavior.

Iranian President Hassan Rouhani on Wednesday gave European leaders a 60-day deadline to find a way to shield Iran from U.S. sanctions targeting its economy and oil industry. Otherwise, he said Tehran would begin to enrich uranium at levels closer to weapons-grade levels.

Related Story: The Art of a New Iran Deal

The following day, the European Union urged Iran to respect the international agreement curbing the Islamic Republic’s nuclear ambitions, and added that the bloc aims to continue trading with the country despite U.S. sanctions.

The Europeans insist the pact is an important pillar of regional and global security but have struggled to preserve the increasingly unravelling accord.

Iran’s National Security Council spokesman Keyvan Khosravi was quoted Friday as saying that Iran stands firm to withdraw from the deal unless a beneficial agreement can be reached with the EU.

Thousands of Iranians rallied after Friday prayers in support of Iran’s ultimatum, many chanting traditional anti-U.S. slogans of “Death to America” and “Death to Israel.”

The demonstrators burned U.S. flags and some threw fake punches at a protester wearing a Trump costume mask.

The Trump administration has not offered specific details of the threat allegedly presented by Iran that prompted the U.S. to dispatch the aircraft carrier and B-52 bombers to the Mideast.

Others landed at an undisclosed location Wednesday in “southwest Asia,” the Air Force said. The U.S. military in the past has described its presence at both the Al Dhafra Air Base in the United Arab Emirates and Al Udeid as “southwest Asia.”

The Air Force identified the aircraft as coming from the 20th Bomb Squadron of Barksdale Air Force Base in Louisiana.

The USS Abraham Lincoln passed through the Suez Canal on Thursday on its way to the Persian Gulf.