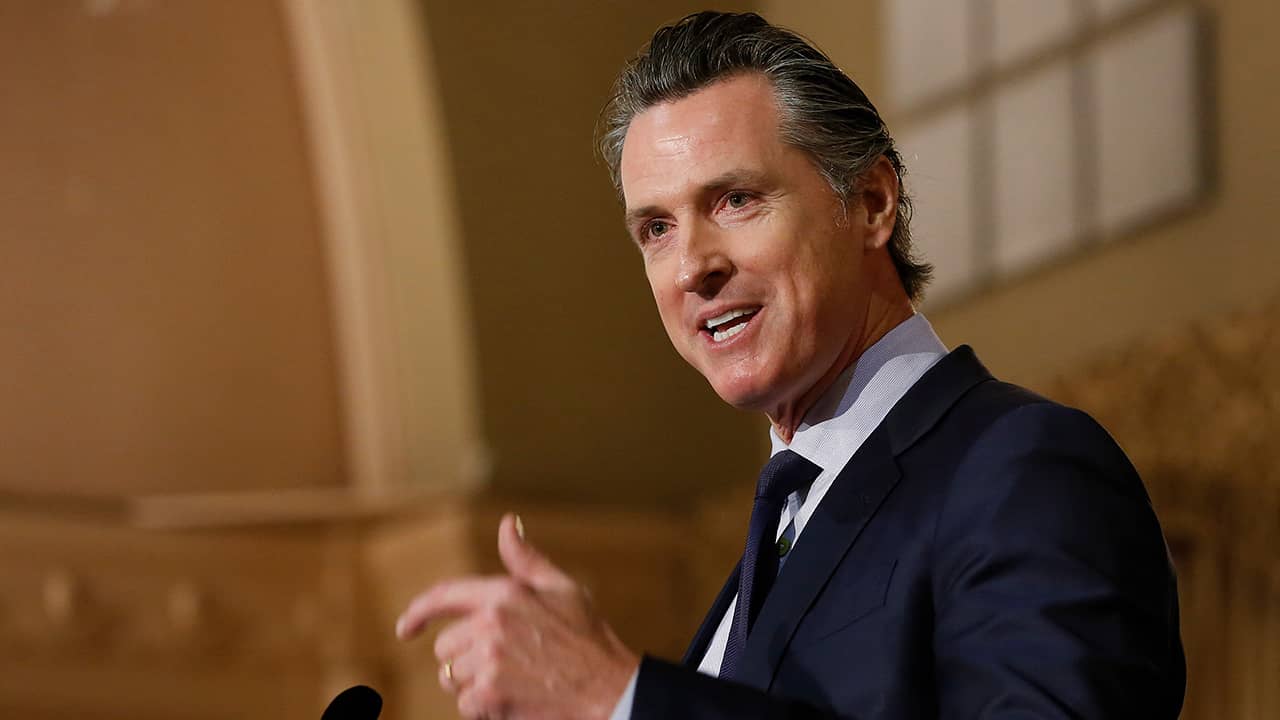 The revised budget is up $4.5 billion from his first proposal in January and maintains a $21.5 billion surplus, the state’s largest in at least 20 years.

His announcement kicks off negotiations with lawmakers, who must pass a budget by June 15 or lose pay.

“This homeless issue is out of control. It is a stain on the state of California.” — Gov. Gavin Newsom

Newsom is proposing $150 million more in grants to communities to help the homeless than he did in January, as well as $40 million to public colleges and universities to help homeless students. He’s also added $20 million to help renters facing eviction.

“This homeless issue is out of control,” Newsom said. “It is a stain on the state of California.”

Newsom echoed themes of his predecessor, former Gov. Jerry Brown, as he highlighted the importance of saving money for a future recession and paying down debt. He has proposed boosting the state’s “rainy day” fund to $16.5 billion and for the first time putting about $400 million toward an education reserve fund.

While the state is flushed with cash now, Newsom warned the good times may not continue. He projected revenues would be down by several billion in future years.

“The headwinds are real,” he said.

Newsom Has Until June 30 to Sign the Spending Plan

Newsom is boosting spending in some key areas, but his new budget is unchanged in many ways from January. He has already proposed new spending to expand health care for young immigrants living in the country illegally, prevent and fight wildfires, spur more housing and boost early child care programs.

He wants to add a new tax on drinking water while taking away taxes on tampons and diapers, though he’s only proposed that tax cut for two years. Democratic lawmakers wanted it to continue for at least five.

The governor also proposed a tax increase to bolster the state 911 system. Such increases would create a long-term, sustainable pot of money, he said.

Newsom has until June 30 to sign a spending plan that will cover the fiscal year beginning July 1.

Assembly Budget Committee chairman Phil Ting said the state must continue to rebuild its social infrastructure while investing in education, health and housing programs. He noted the governor and the legislature have differences, but he said he is confident lawmakers will deliver a budget by the June 15 deadline.

Will There Be More Funding for Violence Prevention, Health Care?

Republican Sen. Patricia Bates criticized Newsom for including proposals for new taxes despite the state having a $21.5 billion surplus.

Newsom faces pressure from lawmakers and outside groups to unleash the historic surplus.

Democrat Assemblyman Reggie Jones-Sawyer has asked for $100 million for youth development and pre-arrest diversion programs for children under 18.

Democratic Sen. Anna Caballero, who represents many Central Valley communities without clean water, has a proposal to tap surplus from water infrastructure improvements rather than enacting a new tax.

Gun control groups have asked for $39 million toward violence prevention, and some lawmakers have proposed expanding health care to all immigrants living in the state illegally rather than just those up to age 26.

Newsom is also poised to suggest other new spending.

In April, following the deadly shooting at a San Diego-area synagogue, he vowed to spend $15 million on grants for security enhancements at nonprofits vulnerable to hate crimes. On Tuesday, he unveiled a “parents’ agenda” complete with hundreds of millions of dollars in new spending on child care, paid family leave and tax credits for families with children under 6.

About $147 billion of the budget comes from the state’s general fund, the pot of money that Newsom and lawmakers can spend however they choose. The rest is in special and bond funds dedicated to specific purposes.