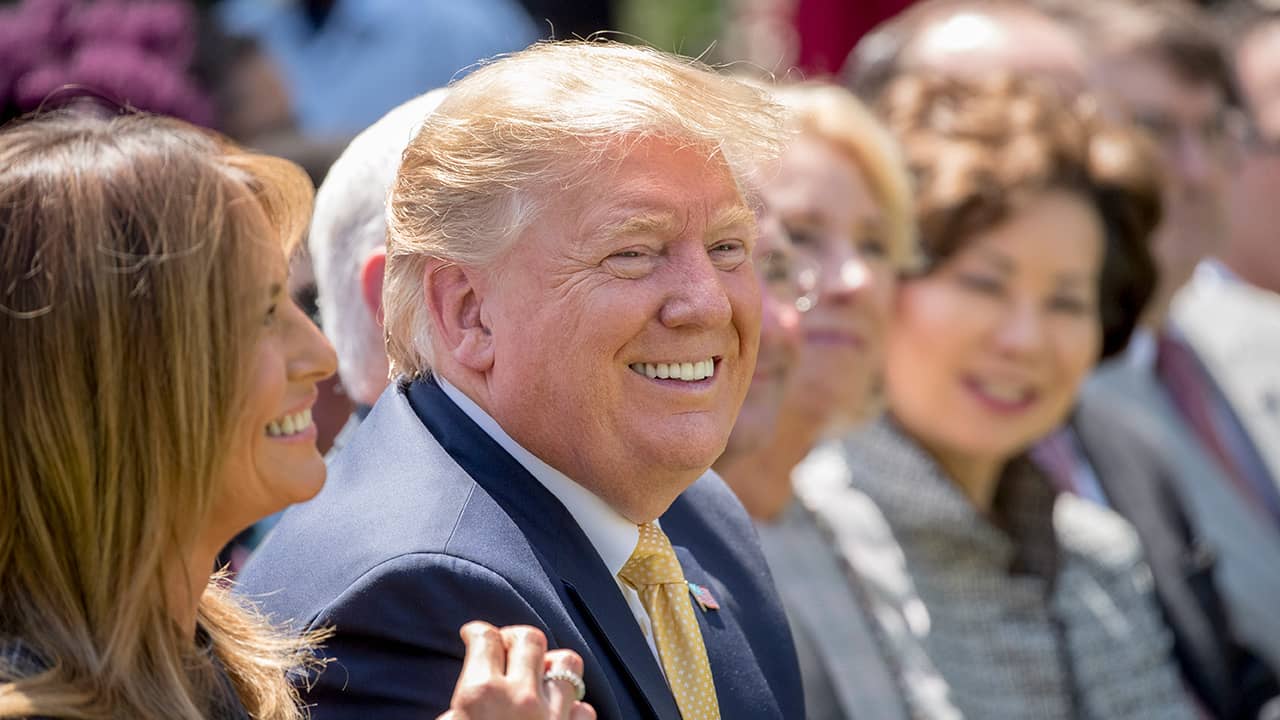 WASHINGTON — President Donald Trump on Wednesday acknowledged taking massive tax write offs for real estate losses topping $1 billion from the mid-1980s to mid-1990s, calling it “sport” among developers like himself during that period.

Trump was reacting to a New York Times report Tuesday that his businesses lost more than $1 billion from 1985 to 1994. The newspaper said its reporting was based on printouts it acquired of Trump’s official IRS tax transcripts, including figures from his federal tax form.

“You always wanted to show losses for tax purposes….almost all real estate developers did – and often re-negotiate with banks, it was sport.” — President Donald Trump

The president appeared to defend his actions in a pair of tweets early Wednesday.

“Real estate developers in the 1980’s & 1990’s, more than 30 years ago, were entitled to massive write offs and depreciation which would, if one was actively building, show losses and tax losses in almost all cases,” Trump tweeted. He contended the reported losses were “non monetary.”

First President Since Watergate to Decline to Release Tax Returns

“Sometimes considered ‘tax shelter,’ you would get it by building, or even buying. You always wanted to show losses for tax purposes …. almost all real estate developers did – and often re-negotiate with banks, it was sport,” Trump said.

He claimed the Times report was a “highly inaccurate Fake News hit job!” based on old information.

After comparing Trump’s information with that of other “high-income earners,” the Times concluded that Trump “appears to have lost more money than nearly any other individual American taxpayer.” Because of his business losses, the newspaper reported, Trump did not pay income taxes for eight of the 10 years.

The House Ways and Means Committee has asked the IRS to provide Trump’s personal and business returns for 2013 through 2018. Treasury Secretary Steven Mnuchin on Monday refused to do so, saying the panel’s request “lacks a legitimate legislative purpose.” Mnuchin oversees the IRS.

Mnuchin’s move, which had been expected, is likely to set a legal battle into motion. The chief options available to House Democrats are to subpoena the IRS for the returns or to file a lawsuit.

Trump is the first president since Watergate to decline to make his tax returns public.

At Least 2 Handguns Used in Charter School Shooting near Columbine