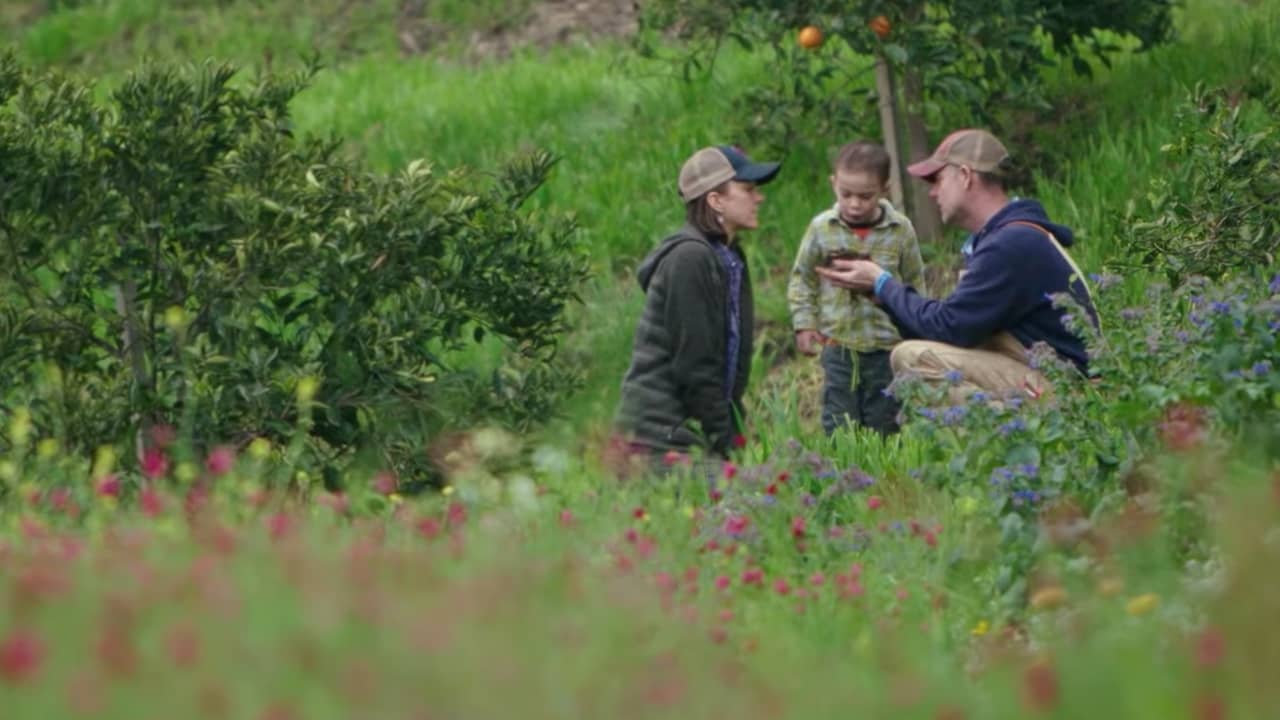 MOORPARK — John and Molly Chester, a filmmaker and a chef, had made a decision that many urbanites only fantasize about: They decided to leave their life in Los Angeles and start a farm that would function in harmony with nature. Their family and friends thought they were crazy, but they were determined. They’d bought 200 acres of land 50 miles away from downtown LA, in Moorpark, and they’d found an investor to fund the adventure.

The only problem? The land was dead and they knew nothing about farming.

Eight years later, visiting the idyllic and suspiciously lovely smelling Apricot Lane Farms — where they grow over 100 types of vegetables, 75 types of fruit, from avocado to citrus, and raise animals including cows, sheep, chickens, ducks, guinea hens and a pig named Emma — you’d hardly know either of those things.

But the Chesters have pulled the curtain back on what it took to get there in the documentary “The Biggest Little Farm,” which opens in select theaters Friday. The film, which John Chester directed, does not gloss over the hardships, the doubt and the occasional death that came with their dream of not using chemicals on the crops or drugs on the animals in this intimate look at how they made a biodynamic farm out of nothing.

John Chester said it’s “life affirming” to go back and watch how far they’ve come. “It was about continuing to move forward in the presence of great failure and great embarrassment,” he said.

Things Started to Change: The Farm Was Working

They didn’t set out to make a film initially. John Chester had left the business behind, and, besides, he figured, they weren’t even experts. Still, being a documentarian at heart, he had the itch to film nonetheless and starting amassing footage of everything (mostly failures). But then five years in, things started to change: The farm was actually working.

“We saw the return of so much wildlife and we saw pest and predator relationships start to balance things out. … I knew at that moment that we had a very unique opportunity to tell a story.” — John Chester

“We saw the return of so much wildlife and we saw pest and predator relationships start to balance things out, and I was able to capture those things,” John Chester said. “I knew at that moment that we had a very unique opportunity to tell a story.”

The technique employed at Apricot Lane Farms is something known as biomimicry, which basically relies on the idea that any problem can be solved through nature. The secret to everything, they say, is in the soil and the cover crops that rebuilt the land and preserved the water.

“The food we grow truly is special,” said Molly Chester. “It’s very nutrient-dense and flavorful because we focus on soil development.”

The produce, meat and eggs from the farm are sold at local groceries and at various farmers’ markets, from Calabasas to Santa Monica.

They Hear the Same Question Often After Screenings

The Chesters have already seen a raised profile for themselves and the farm through film festivals like Telluride, Toronto and Sundance, and are readying themselves for even more recognition and interest as audiences meet the film’s stars like Emma the pig, the guardian dogs, Maggie the cow and others.

In fact, they hear the same question often after screenings of the film: “Is it real?”

“We’re not the first to do this. We’re mimicking many mentors who have done this far longer than we have. We’re just maybe the first in this neighborhood.” — John Chester

They do offer private tours, including some for children, but as a working farm, it’s not open to the public every day. And they’re renovating space that eventually will be usable for farm-to-table dinners and movie nights. John Chester said that the tours are a way to, “inspire people to support what we do and what other farms like us do.”

“We’re not the first to do this,” he said. “We’re mimicking many mentors who have done this far longer than we have. We’re just maybe the first in this neighborhood.”

As for whether or not they’d recommend following in their footsteps, both say yes, but with some caveats.

“I would recommend it on a smaller scale and not with 250 things,” John Chester said. “You can find as much joy in a quarter acre as you can on 200 acres. You have to design the farm and where it is based around the life you want to live. Learn from other farmers, volunteer, use their mistakes as your lessons. That’s something I wish we would have gotten to do more of. Less pressure, more time under somebody else’s dime.”