Here’s a roundup of some of the most popular but completely untrue stories and visuals of the week. None of these is legit, even though they were shared widely on social media. The Associated Press checked these out. Here are the real facts:

CLAIM: THIS IS HOW ENVIRONMENTALISTS LEFT A PARK IN CALIFORNIA AFTER AN EARTH DAY CELEBRATION — caption with photo of a park strewn with garbage. 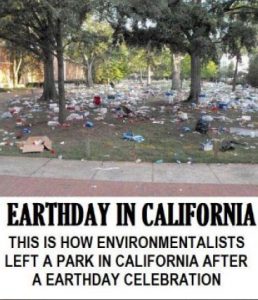 THE FACTS: The image, which began appearing days after Earth Day celebrations on April 22, is falsely captioned. The photo was taken nearly a decade ago to show debris left from tailgate parties at the University of Georgia in Athens following a football game September 12, 2009. The Atlanta Journal Constitution published the photo with a story on Sept. 17, 2009, about the mess partygoers left at the Bulldogs’ home opener against South Carolina. The AP reported that workers collected about 70 tons of garbage along with tents, grills, coolers and chairs from the area after the 2009 tailgate party. As a result, the school tightened rules around the parties but relaxed them in 2011.

CLAIM: “Elijah Cummings wrote a bill to keep all of Obama’s records sealed, but he insists that Congress must see all of President Trump’s financial records.”

THE FACTS: Rep. Elijah Cummings, D-Md., did not introduce a bill to keep President Barack Obama’s records sealed as posts being shared on Facebook say. In 2014, Cummings introduced legislation to improve public access to presidential records. The bill was signed into law by Obama on Nov. 26, 2014. The Presidential and Federal Records Act Amendments of 2014 created new guidelines to secure the timely release of presidential records, while protecting documents relating to national security, according to a summary of the law published on Congress.gov, the official website for federal legislative information. It gives presidents 60 days to review their records after being notified that they will be made public in the National Archives. The amendments also included changes to the definition of federal records to include electronic records, and clarified how federal officials could use private email. The claim has been circulating on Facebook with a photo of Obama placing the Medal of Freedom on Rep. John Lewis, D-Ga., a leader in the civil rights movement, apparently mistaking Lewis for Cummings. Cummings, chairman of the House Committee on Oversight and Reform, has subpoenaed years of President Donald Trump’s financial records. Trump and his business organization have filed a federal lawsuit to block the subpoena, the AP has reported. 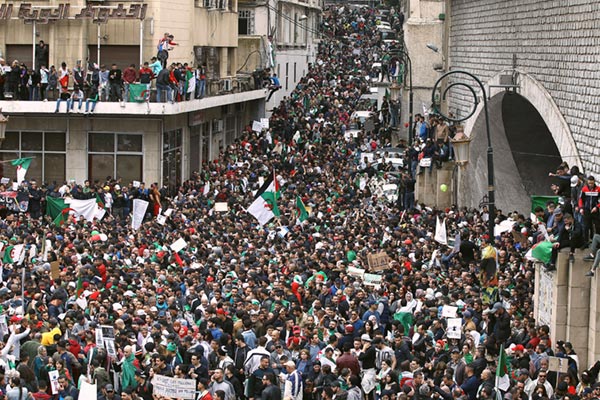 THE FACTS: A video being shared on Facebook, which shows protesters attacking a blue police van, was actually taken during a protest in Algeria. Social media users attempted to link the video to an April 14 demonstration in Denmark that was sparked by a far-right provocateur who tossed in the air a copy of the Quran in a predominantly immigrant neighborhood in Copenhagen. The video shows Algerians in the streets of Algiers, the capital, during a March 8 protest against President Abdelaziz Bouteflika, who at 82 was seeking a fifth term in office. He stepped down about four weeks later, The Associated Press reported. Casbah Tribune, an Algerian media outlet, posted the video with a caption that described violence against police during a March 8 demonstration on Krim Belkacem, a street in Algiers. AP coverage of the protest is consistent with images from the video, and an AP video journalist said the blue police van matches those used in Algiers. 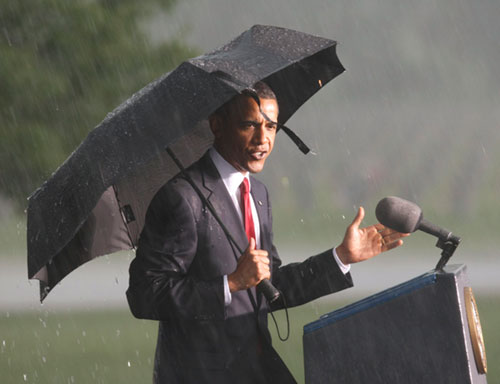 THE FACTS: Obama attended Memorial Day services at a military cemetery in Illinois in 2010. He did not attend a barbecue that Monday as claims circulating on Facebook suggest. According to coverage by the AP, Obama spent the early afternoon of Memorial Day in 2010 honoring fallen soldiers at the Abraham Lincoln National Cemetery in Elwood, Illinois, about 50 miles southwest of Chicago. While there, Obama placed a wreath at a tomb in the cemetery, but his speech was canceled because of a storm. He then visited with veterans and service members at a Veterans Affairs treatment center in Hines, Illinois. Later that day, Obama returned to the nation’s capital, where he delivered a speech to dozens of troops at Andrews Air Force Base in Maryland. Obama did attend a friend’s Saturday barbecue in Chicago during the holiday weekend. He was in Louisiana on Friday to view the response to the Deepwater Horizon oil spill.

This article is part of The Associated Press’ ongoing effort to fact-check misinformation that is shared widely online, including work with Facebook to identify and reduce the circulation of false stories on the platform.