Baca, an English instructor at Fresno City College and prize-winning poet, is the first woman to become the city’s literary ambassador.

She earned a bachelor’s degree in English from Fresno State in 2003 and a master’s degree in creative writing from Cornell University in 2007.

The Fresno Arts Council will celebrate Baca’s inauguration at 5 o’clock Thursday with an Art Hop reception at its downtown headquarters, 1245 Van Ness. 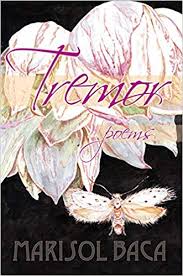 James Tyner, a librarian for the Fresno County Public Library, was named the first Fresno poet laureate in 2013. He was followed by Lee Herrick and Bryan Medina.

The first three Fresno poet laureates reviewed this year’s nominations for the position and made their recommendation to Fresno Mayor Lee Brand.

You can learn more about Baca’s upbringing, writing, and community service in this story by Jefferson Beavers at fresnostatenews.com.