Barr To Be a No-Show for House Hearing, Stepping Up Tensions 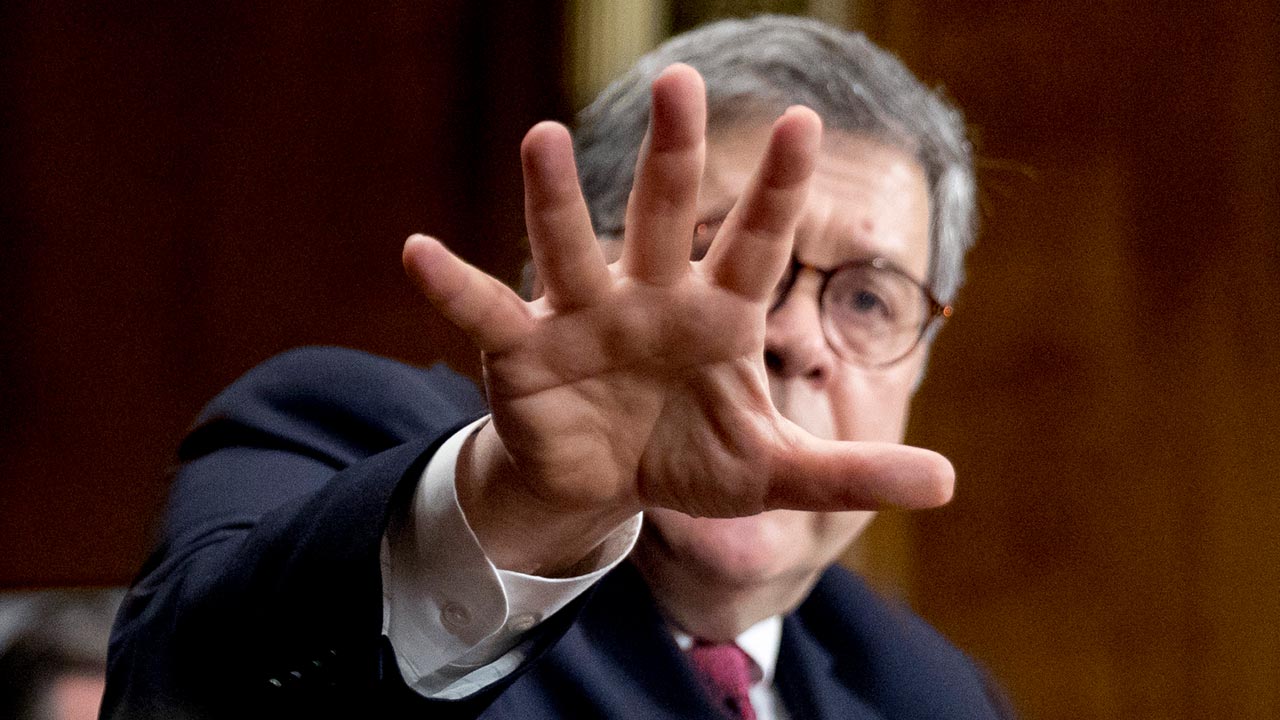 WASHINGTON — Attorney General William Barr has informed lawmakers on the House Judiciary Committee that he will skip a hearing on special counsel Robert Mueller’s report, escalating an already acrimonious battle between Democrats and the Justice Department.

Barr’s decision — he cites a disagreement over the questioning — came the same day the department missed a committee deadline to provide the panel with a full, unredacted version of Mueller’s Russia report and its underlying evidence. Those moves are likely to prompt a vote on holding Barr in contempt, and possibly the issuance of subpoenas — bringing House Democrats and the Trump administration closer to a prolonged battle in court.

Even though Barr informed the panel he isn’t coming Thursday, House Judiciary Committee Chairman Jerrold Nadler said he will still convene the hearing, raising the prospect of an empty witness chair.

“I hope and expect the attorney general will think overnight and will be there as well,” Nadler said.

As Barr refused to testify, Democrats sought to speak to Mueller himself. Nadler said the panel hoped the special counsel would appear before the committee on May 15 and the panel was “firming up the date.”

The attorney general’s cancellation meant he would avoid another round of sharp questioning after testifying Wednesday before the Senate Judiciary Committee. Democrats on the panel charged that Barr was protecting President Donald Trump after he assessed Mueller’s report on his own and declared there wasn’t enough evidence that Trump had committed obstruction of justice. Mueller didn’t charge Trump with obstruction, but wrote that he couldn’t exonerate him, either.

Democrats Signal They Won’t Back Down

The standoff with Justice Department is one of several fights House Democrats are waging with the Trump administration. Trump has vowed to fight “all of the subpoenas” as multiple committees have sought to speak with administration officials or obtain documents relevant to his policies and finances. Democrats have signaled they won’t back down and will take the steps necessary — including in court — to get the White House to comply.

Barr had objected to the format of the hearing after Democrats decided to let staff attorneys conduct a round of questioning after lawmakers were done.

House Speaker Nancy Pelosi has said she’s not interested in impeachment, for the moment. But she told The Associated Press on Wednesday that “the threat of impeachment is always there.”

Nadler, D-N.Y., and the Justice Department traded barbs shortly after Barr informed lawmakers of his decision on the hearing, with Nadler saying the attorney general is “trying to blackmail the committee” by setting his own terms. Barr had objected to the format of the hearing after Democrats decided to let staff attorneys conduct a round of questioning after lawmakers were done.

Also weighing in on the matter of who would ask questions was Trump. “They want to treat him differently than they have anybody else,” the president told Fox Business Network’s Trish Regan on Wednesday night, adding, “You elect people that are supposed to be able to do their own talking.” Trump said he heard that Barr had performed “incredibly well” before the Senate panel.

While a contempt vote would make a strong statement, it is unlikely to force the Justice Department to hand over the Mueller report.

It’s unclear whether Barr will eventually negotiate an appearance with the House panel. Nadler said he would not issue a subpoena for Barr’s appearance on Thursday but would first focus on getting the full Mueller report, likely including a vote holding Barr in contempt of Congress.

While a contempt vote would make a strong statement, it is unlikely to force the Justice Department to hand over the report. A vote of the full House on contempt would send a criminal referral to the U.S. attorney for the District of Columbia — a Justice Department official who is likely to defend the administration’s interests. But even if the U.S. attorney declines to prosecute, Democrats could pursue other avenues in court.

In a letter sent to the committee late Wednesday, Assistant Attorney General Stephen Boyd laid out a list of reasons that the department won’t provide the full Mueller report or all the underlying evidence. Boyd said the special counsel’s investigative files include “millions of pages of classified and unclassified documents, bearing upon more than two dozen criminal cases and investigations, many of which are ongoing.” Boyd also reiterated that the department would not disclose secret grand jury material, another battle that could end up in court if Nadler decides to fight it.

The Justice Department has already made a less-redacted version of the report available for a small number of lawmakers, including Nadler and Pelosi, but Democrats have so far declined to read it, saying they want the entire report released to a wider audience.

Republicans have objected to Nadler’s demands and say the staff questioning is unnecessary. They argue that Democrats are trying to have impeachment hearings without going through the official process of impeachment.

“Chairman Nadler sabotaged his own hearing,” Rep. Doug Collins, R-Ga., said after Barr canceled. “That’s sad. Because now Republicans and Democrats are not going to be able to question Bill Barr.”