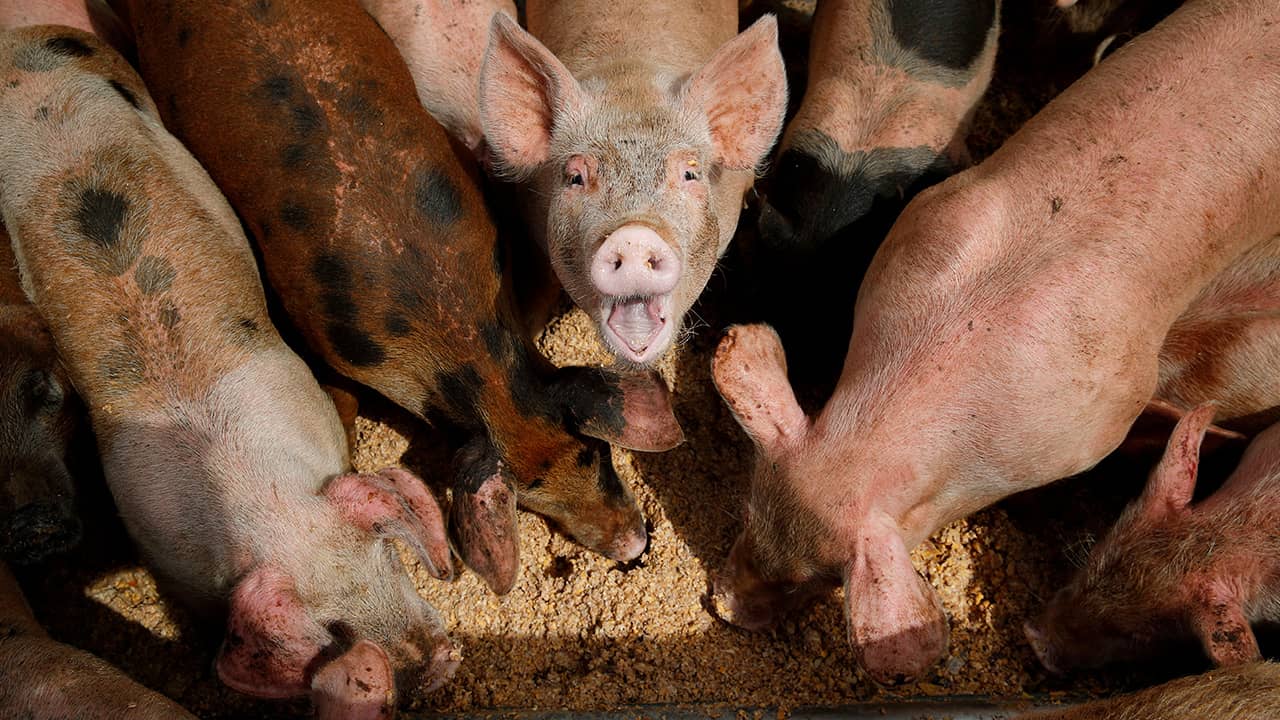 LAS VEGAS — At a farm outside Las Vegas, a herd of pigs feasts on lobster, sausage links and beef. In town, people at a community center sit for a dinner that may include sliders and truffle mac and cheese.
The two meals have something in common: Both came from the kitchens of Sin City’s opulent casinos, where the axiom of excess is increasingly being reconsidered and waste reduction has taken hold.
The environmental and financial impacts of leftover food are more important than ever to Las Vegas’ world-famous casinos, which in recent years have developed and expanded innovative practices to cut back on what they send to the landfill by thousands of tons a year.


Related Story: FUSD's Surplus Food Used to Go to the Dump. Not Anymore.

Food scraps are turned into compost or taken to a farm to feed thousands of pigs. Expired minibar snacks are donated to community organizations. Banquet meals that were never served go to a food bank. Oyster shells are even shipped thousands of miles to Chesapeake Bay.
The comprehensive efforts vary slightly among operators, and some were recently recognized by the U.S. Environmental Protection Agency.
Guests of the glitzy mega resorts will never witness the not-so-glamorous efforts, but they exemplify the extent to which companies are going to improve their bottom line and make a dent on a global issue.

“Most people, when they think about recycling, they think about the standard metal, plastic, paper — and the reality is, for an organization like MGM, food, food waste, food scraps is a significant part of our waste footprint,” said Yalmaz Siddiqui, vice president of corporate sustainability at MGM Resorts International. “Our main approach is to think about the type of food that’s coming out of our operations and directing that type of food to the best destination it could go to.”

The federal government has estimated more than one-third of all available food in the U.S. is wasted.
An EPA initiative has partnered with more than 1,000 organizations — including grocers, restaurants and hotels — to tackle the issue. The agency estimated participants in 2017 prevented about 648,000 tons of food from going into landfills or incinerators, avoiding more than $30 million in landfill tipping fees.
The Trump administration declared April “Winning on Reducing Food Waste Month.”
The EPA in March honored MGM’s Bellagio casino-resort for its food recovery efforts. The property last year sent 2,210 tons of food waste to the pig farm outside Las Vegas, up 16% from 2017 and 455% from 2015. It also diverted 20,000 pounds of oyster shells to Chesapeake Bay, where they help restore oyster habitat.
The Venetian and Palazzo casino-resorts, which are operated by Las Vegas Sands, also donate prepared meals to charities and send food scraps to the Las Vegas Livestock pig farm 25 miles north of the Strip.
The farm’s 5,000 pigs are fed boiled food scraps exclusively. Trucks haul 25 tons to 35 tons of food a day from the Strip to the farm. The process is part of the waste management package the companies purchase.
“They probably have eaten more lobster than me,” farm manager Sarah Stallard said.

The practice of feeding food scraps to pigs has federal approval but is not widely used at U.S. farms, which favor a regimented diet of corn, wheat and soybean meal. Las Vegas Livestock has the advantage of being close to a large source of scraps and is building a system that would allow it to accept even more.