Report: Violent Anti-Semitic Attacks in US Doubled in 2018 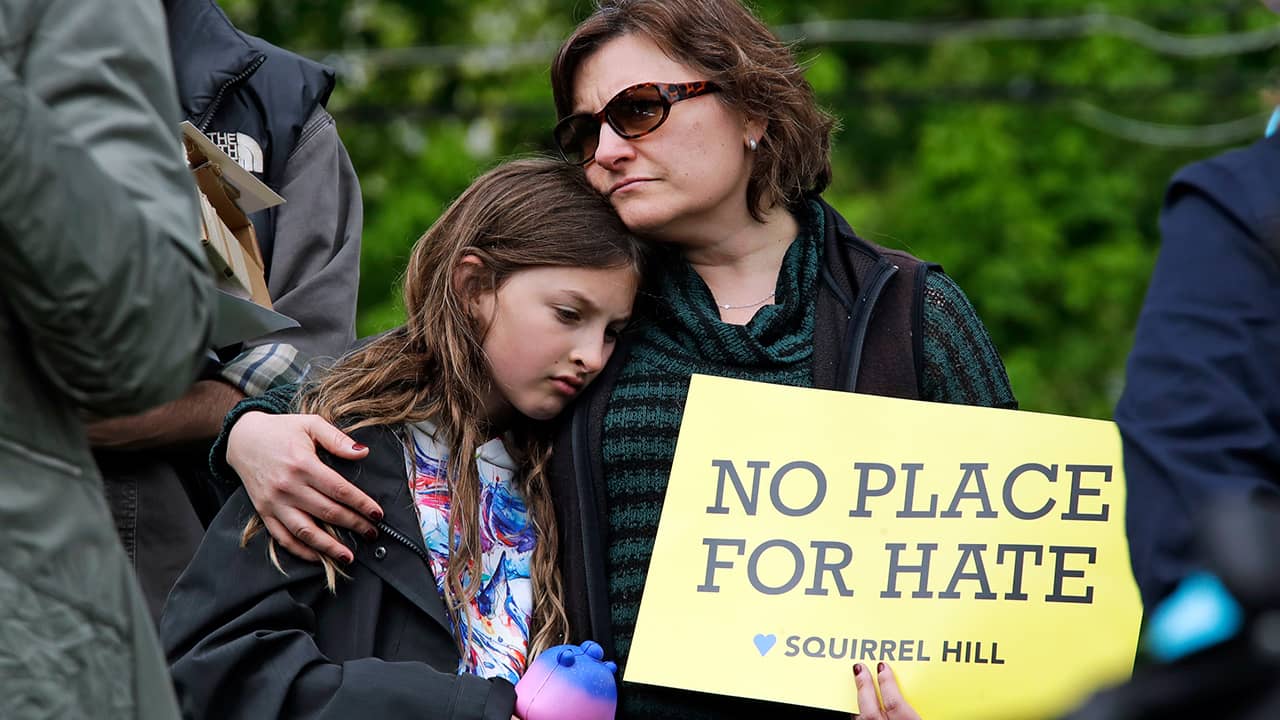 Violent attacks against the Jewish community in the United States doubled last year, while overall attacks that also include vandalism and harassment remained near record-high levels, the Anti-Defamation League reported Tuesday.

Jonathan Greenblatt, ADL’s CEO and national director, said he spent much of the weekend in California meeting and praying with the families of the shooting victims and other synagogue congregants. Greenblatt said it’s “hard to find much solace” in the new data.
“Unfortunately, the horrific tragedy in San Diego County reminds us that anti-Semitism is virulently strong,” he said.
In 2018, ADL counted 1,066 cases of harassment, defined as a situation in which a Jewish person or group of people “feel harassed by the perceived anti-Semitic words, spoken or written, or actions of another person or group.” Last year’s tally of harassment incidents was 5% higher than in 2017. The one category that experienced a decline was vandalism: The 774 incidents in 2018 represented a 19% drop from 2017.

But the deadly shootings at the Pittsburgh and California synagogues and the recent mosque attacks in New Zealand demonstrate “the role of online communities in radicalizing anti-Semites and bigots to violence,” said Oren Segal, director of the ADL’s Center on Extremism.

Enigmatic Beluga Whale off Norway so Tame People Can Pet It